Chronicles of an Indie Author

by Jennifer Wright 10 days ago in industry

Part 1: How it all began 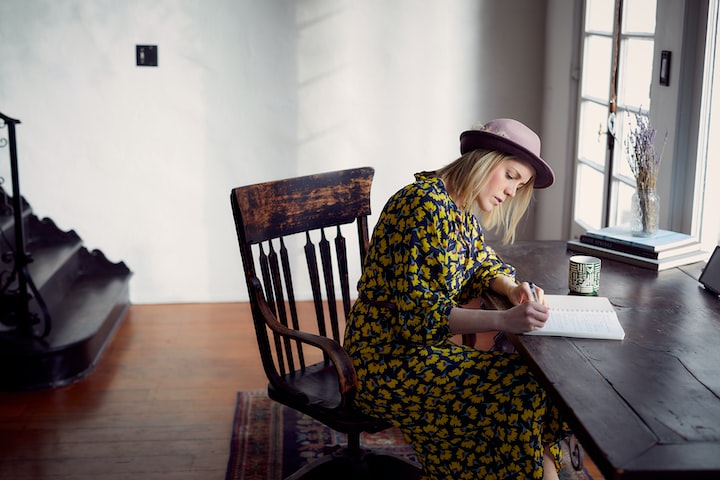 Photo by Darius Bashar on Unsplash

For a writer who has a dream to publish a novel, there has never been a better time to do just that. For traditional publishing, not so much, but if you are an indie writer, then yes … this is your time.

Granted, things have changed a bit in the last ten or so years.

I’ve always wanted to be a writer. (Ah, the words of almost every novelist out there) Ever since grade school, I absolutely knew, without any uncertainty, that writing was what I was going to do when I grew up.

But, back then, every one always said “Well, you better think of something else to do because the chance of getting published is miniscule and writers don’t make very much money.” And everyone was pretty much correct. I didn’t care, I knew I could do it.

Then, life happened. I had a baby at seventeen. I got married in my early twenties and became a military wife. I had more babies. But, even with life happening, I still wrote.

In 2010, when ebooks were just becoming a thing, I was just finishing up my first novel when a certain indie author became the first Kindle Millionaire. I had planned on pursuing traditional publishing, but I looked at her and thought, I can do that.

Well, not the millionaire part, just the publishing part.

I pushed the publish button, then sat back, waiting for my millions to roll in. Obviously, that didn’t happen. The first month, I made a few bucks from my friends and family, but other than that not much happened.

My very supportive husband, who was deployed at the time, allotted me enough money to order print versions of my books and also took a bunch of orders from his fellow soldiers. I must say, I wish everyone had a husband like mine, he is absolutely good with me following my passion.

So anyway, I began work on the second book while still earning pennies. Meanwhile, I began a short story and while I did that, I also began research on the market. But, the best thing I did was build my platform. I’ll go into this in more detail in another part, but back then, it was a lot easier than it was now. We are talking, before Facebook ads and before Amazon ads.

I found my book community, and that my friends, was possibly what led to the explosion of my novella series. Plus, I was writing about Vampire Hunters and True Blood and the Vampire Diaries television shows were gaining hype by the minute.

I wrote part one of that story, never expecting the readers to begin begging for more. They did though, so I wrote a part two, then three and so on. I never expected it to be as popular and loved as it was.

I grew this following by simply finding friends on Facebook and Twitter who were into the same things as I was writing about. Many were also authors, trying to do the same thing as I was. A good amount of these friends I made on social media ten years ago are still my friends to this day. It’s so crazy, we have seen each other grow and evolve as authors, we have seen each other’s children grow up and we have seen the highs and lows of each other’s personal lives. I cherish those friends more than they will ever know.

Indie publishing has grown and evolved, just like we have. In the last ten years, so many things have changed. In some ways, I wish we could go back to the way things were. In other ways, I am glad that the changes have been made.

Ultimately, the thing I miss the most is the community used to truly be there for one another. Now, the market is flooded and the true friendship we found in the struggle to rise, is simply not there anymore. Of course true friendship can still be found, but the sense of community is not as strong as it was back then.

Maybe it’s just me who feels like that, I don’t know.

In any case, this was how my life as an indie author all began. More to come in part two.

Receive stories by Jennifer Wright in your feed
Jennifer Wright
Read next: 8 Quick Tips for Finding the Right Web Development Company for Your Business