When characters can look exactly right 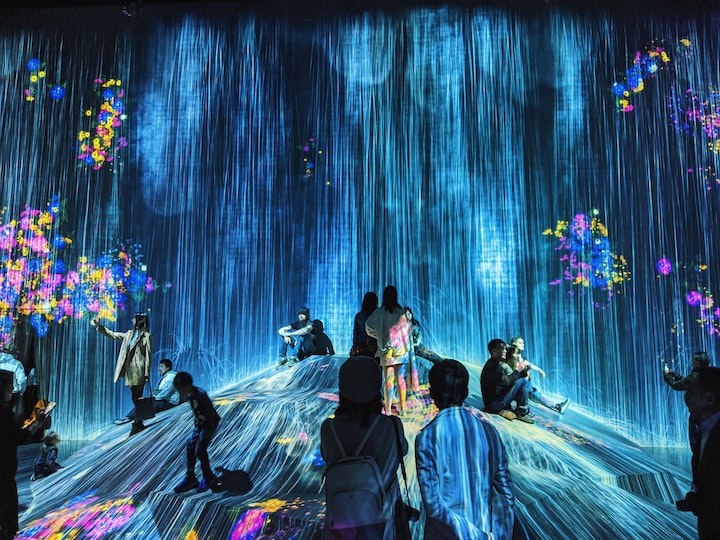 Photo by note thanun on Unsplash

Lately, there has been a plethora of articles that show the actor in a film versus an AI-generated image of the character created by an artist and a computer together. The artist feeds the character description from the book into a generator and BANG! We have exactly what Harry Potter was supposed to look like and not Daniel Radcliff.

I always have my eye open for debates regarding the book versus the movie adaptation. Most of the time, I find that purists who insist that the movie is garbage because the woman playing Jane Eyre wasn't petite enough, or the man playing Heathcliff wasn't dark enough, or Tom Cruise wasn't as tall as the character in the book are kind of annoying. It's not as though you can flip through a catalog and get someone with the right skill set to pull the character off who looks exactly right. There's a lot to consider when choosing an actor, and sometimes I'm sure the problem may be something simple like that particular actor didn't have room in their schedule. How aggravating is that? So it's only natural that purists who want to have the character look exactly right will be excited about computer-generated films that have the flexibility to make the character look the way they were described in the book.

Though that is a pleasant idea, I don't think it's going to work as well as people hope.

My MIL likes to complain that two actors did not do their characters justice. But when she describes what the character was like, super tall, super handsome, super muscular, super amazing... I'm sitting back wondering how many men have those characteristics. It's honestly like I've been jolted back to a doctor's office and they're explaining that out of 100 people, most of them are not that tall, most of them do not have perfectly symmetrical faces, and most of them sit at the 50% of the bell curve. Finding someone in the top 1% is challenging. However, when we're talking about Hollywood actors, we are not talking about the top 1%. We're talking about the top 0.000001%. You actually may need to add a few zeros to that number. We're looking for one in a million, one in a billion. All of this means that the actors in Hollywood already represent an unattainable standard for beauty.

What happens when we only observe content that takes the author's words seriously and makes everyone beautiful? Is any real person going to be good enough? We won't just be airbrushing the flaws off of real people. We'll be making people who are better than the real thing in every way. When was the last time you read a book and the main character was a pimply mess with dirty hair and coffee breath?

Yet we are the main characters of our own lives and we may be a pimply mess with dirty hair and coffee breath. How will an even higher standard for beauty affect how we feel about ourselves?

What's Sexy to Me Might not be Sexy to You

Not only that, which is a heavy price to pay, but I believe the purists will still be annoyed. The book said he was unbelievably sexy, yet the precise rendition of the author's description did not create a character that the audience agrees is sexy. Beauty is in the eye of the beholder, so when we read a book we make up what we want.

There were whole years of my teenage life where I ignored the description of the main male lead in the book I was reading and just imagined Brad Pitt because that was going to make me interested in the story. I have a good brain for imagining whatever I want and due to my extensive reading and extended attention span, I got on the honor roll. Cheers, right?

Now I'm a novelist (this is another reason why the purists annoy me). If I was Frank Herbert and I was writing Dune, I would have written that Paul was blond for utterly no reason. There is no reason why Paul has to be blond. It doesn't figure into the story. There are no plot points that hinge on whether or not Paul is blond. Thus, if I was still Frank Herbert and I was approached by the director of the film and he showed me Timothee Chalamet, I would have bounced on the couch screaming, "YES!" Because the exact looks of the person wouldn't have mattered as much as their ability to pull off the character. Basically, what I'm saying is that someone as great as Timothee was probably beyond Frank's imagination. Just because Frank was the creator of the story doesn't mean that he isn't willing to do better if there's better to be had.

This also means that when AI-generated animation becomes cheap enough that anyone can make anything, there will still be film productions made of books where they can follow the letter of the law as far as what is written in the book... they just won't. They'll do something better because better is available. Making a film that hinges solely on the creativity of the author is going to be lacking in power and imagination. We need all sorts of creative geniuses.

Besides, none of us know exactly what makes authors rotate in their graves.