by Daniel A Romero 4 months ago in humanity
Report Story

A wise man once said that a society should be judged by how it treats the most unfortunate among them. 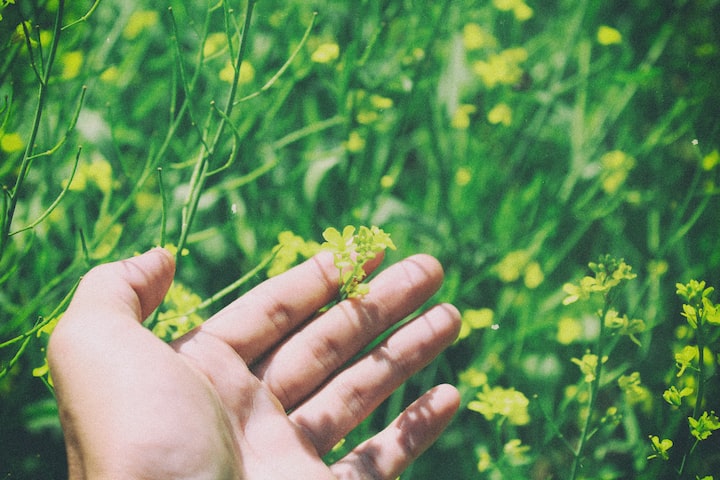 At a fundraising dinner for a school for children with learning delays, everyone in the room will never forget the words of the father of one of the students.

After admiring the dedication and contribution of the school and its staff, the parent asked a question: It is reasonable to say that everything nature creates is perfect when there is no outside interference. But my son, Sean, can't learn like other children, he can't understand things like other children.

Where is the law of nature in my child? All the listeners were dumbfounded.

This father continued. I believe that when a child with physical and mental disabilities like Sean comes into the world, it is an opportunity to show the true nature of human beings. And this time it is reflected in how others treat this child. Then he told the following story.

Sean was in a park where some boys Sean knew were playing baseball. Sean asked me, "Do you think they'll let me play with them?" I knew that most kids wouldn't want a kid like Sean on their team, but as a father, I also knew that if they would let my son play, it would give him the sense of belonging he desperately needed and build his confidence that he could be accepted despite his disability.

I approached one of the boys (without much hope) and asked him if Sean could play, he looked around at his teammates and said "we lost by 6 runs and are in the 8th inning, I think he can play on our team and we will try to get him to bat in the 9th inning."

Sean walked to his team's rest area with a face full of joy and difficulty and put on the team's jersey, and I quietly shed a tear and had a heart full of warmth. And the boys could see my joy at the acceptance of my son.

In the bottom of the 8th inning, Sean's team caught up, but still lost by 3 runs. In the top of the 9th, Sean put on his glove to defend the right field, and although no balls were coming his way, he was so happy to be on the field that he couldn't stop smiling as I waved to him from the stands.

In the bottom of the 9th inning, Sean's team scored again. And at that point, with the bases loaded with two outs, the next batter was the team's chance to turn it around, and it was this batter that Sean was lined up for.

At this critical juncture, would they put Sean up to bat and give up their chance to win the game? Surprisingly, they did hand the bat to Sean, who everyone knew would never hit the ball because he didn't even know how to hold the bat, let alone touch it.

However, when Sean stepped into batting position, the pitcher already understood that his opponent was putting down his chances of winning the game for this important moment in Sean's life, so he took a few steps forward and threw a very soft pitch to Sean so he could at least touch it.

The first pitch was thrown and Sean's awkward swing fell short. The pitcher took a few more steps forward and threw a soft pitch to Sean. As the ball flew by Sean swung and hit a slow grounder that rolled straight to the pitcher. The game was looking to be over.

At that moment, just as Sean was running toward second base, the right fielder got the ball, and for the first time, the shortest kid on the team had a chance to be the hero of the team.

He could have passed the ball to second base, but the shortest kid on the team knew what the pitcher wanted, so he also passed the ball high over the third baseman's head on purpose. As the runners in front of him headed for home plate, Sean stumbled toward third base.

When Sean reached third base, the players on both sides and all the spectators stood up and chanted, "Sean, home run! Home run!"

As Sean ran home to step on the bases, everyone cheered loudly for Sean like the hero he was for hitting a grand slam and winning the game for the whole team.

"That day," the father said softly with tears streaming down both cheeks, "the boys of both teams brought true love and the light of humanity into the world."

Sean didn't live to see another summer, he passed away that winter, but he never forgot the day he was a hero and made my boys happy, and the day he came home and watched his mom embrace her little hero with tears in her eyes!

Now; a little note on this story.

We email thousands of jokes around without a second thought, but we hesitate when it comes to sending letters about life choices.

While vulgar, barbaric, and often obscene things are spread unrestrictedly on the Internet every day, discussions of noble things are suppressed in schools and offices.

If you are thinking of forwarding this article, you may be picking out people in your contacts who are not suitable to receive this letter, but the person who sent you this article believes that we can make a difference in the world.

We have countless opportunities every day to help manifest the laws of nature. Many insignificant interactions between people are an opportunity to make choices.

Do we pass on the light of love and human compassion, or do we forgo these opportunities and make the world a little colder?

A wise man once said that a society should be judged by how it treats the most unfortunate among them.

More stories from Daniel A Romero and writers in Journal and other communities.