A BRIEF HISTORY OF MONEY— DISPELLING THE MYTHS.

by Daniel Joseph 2 months ago in industry
Report Story 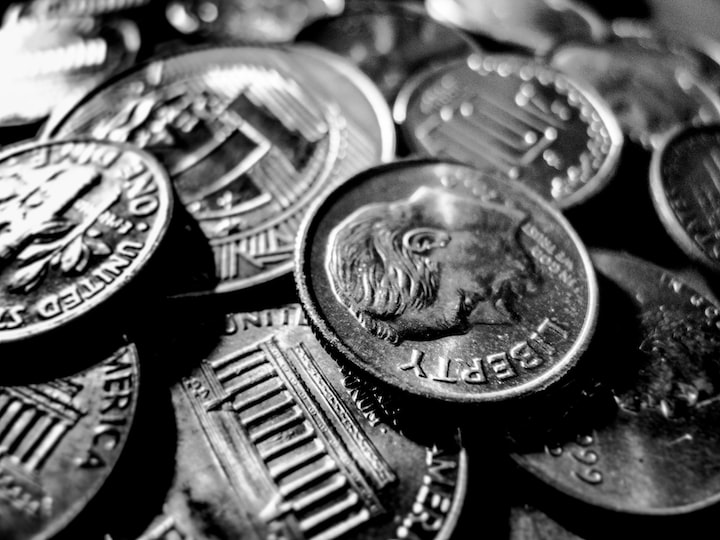 So far, we have discussed cryptocurrencies and how they measure up as ‘money’ as we currently define it. But has money always been the same? In order to understand where cryptocurrencies might fit in, we should try to understand the history of money itself—its successes, failures, and technological innovations. It is a fascinating topic, as there are so many interesting tidbits and common misunderstandings to straighten out.
The definitive writing on the subject is A History of Money from Ancient Times to the Present Day by Glyn Davies17 who spent nine years researching the book as Emeritus Professor of Banking and Finance at the University of Wales. His work is summarised by his son Roy Davies on the Exeter University website18. Much of this section is based on the timeline outlined by Roy, used with his permission. Errors and omissions are mine.

Barter
It is common knowledge that before money existed transactions were carried by exchanging goods when both parties agreed on the deal. ‘Sir, your five ugly old sheep for my twenty bushels of fine corn’. But barter is difficult. It is very rare that you want something the other person has, and at the same time, they want something you have, and that you’re both prepared and able to make a trade. Economists call such a rare situation a ‘double coincidence of wants,’ and aside from market days in subsistence economies this situation almost never occurs. So, the argument goes, money was invented to lubricate the deal. Money is something that everyone is happy to accept in exchange for other things, so it serves as the intermediary asset for the times when you don’t have something that the other person wants. In summary, the inefficiency of barter gave rise to money.

This elegant argument seems intellectually neat. Unfortunately, however, there is not a shred of evidence for it. It is pure fantasy—the textbooks are wrong! When you hear someone talk about money being invented to replace barter, do please educate them or talk to someone else.
Money solving the inefficiencies of barter is a myth popularised in 1776 by Adam Smith in The Wealth of Nations. Ilana E Strauss discusses this in an amusing and eye-opening read, ‘The Myth of the Barter Economy’ published in The Atlantic19, in which she quotes Cambridge Anthropology Professor Caroline Humphrey in a 1985 paper, ‘Barter and Economic Disintegration’20:
‘No example of a barter economy, pure and simple, has ever been described, let alone the emergence from it of money, … All available ethnography suggests that there never has been such a thing’.

Economies developed based on mutual trust, gifts and debt or social obligations—‘Have a chicken now, but please remember this for later’. Early communities were small and stable, and individuals tended to grow up with each other and know each other well. Reputation within a community was crucially important, so people didn’t tend to renege on their word. But people still had to keep some sort of record of debts or favours owed. Trading (the simultaneous exchange of non-monetary goods) did exist, but mainly occurred where there was a lack of trust, for example with strangers or enemies, or where there was a strong possibility that debt wouldn’t be remembered or couldn’t easily be repaid, such as with travelling merchants.

The emergence of money to solve the problem of repaying a debt or favour makes more sense than the emergence of money as a solution to the double coincidence of wants. Indeed, David Graeber details the existence of debt and credit systems before money, which itself appeared before barter, in his fascinating and influential book Debt: The First 5,000 Years21.

Commodity Money
With commodity money the physical token that is transacted is itself valuable, for example grain, which has intrinsic value, or precious metals, which have extrinsic value.
Good forms of commodity money have a stable and known value and are relatively easy to keep and exchange, or ‘spend’. They also need to be consistent, and a standardised unit makes things easier. Examples are standardised quantities of grain or cattle, which have intrinsic value by being edible, and precious metals or shells, which have extrinsic value by being both scarce and beautiful.

Note: An argument that cryptocurrency proponents like to use is that the tokens should be valuable because they are scarce (‘There will only be 21 million bitcoins ever, so that is what makes them valuable!’). This is not a solid argument. Something may be scarce, but that doesn’t mean it is, or should be, valuable. There must be one or more underlying factors that make it desirable—beauty, utility, something else. And these underlying factors must create demand for the item.

The two underlying factors in Bitcoin that create demand are:
1. It is the most recognised instrument of value that can be transmitted across the internet without needing permission from specific intermediaries.
2. It is censorship resistant.

Fiat Currency
Commodity money was gradually replaced by representative money which in turn has now almost entirely been replaced by ‘fiat money’. All major recognisable sovereign currencies now are fiat. Fiat (pronounced fee-at, Latin for ‘let it be done’) is money because legislation says so, rather than because it has a fundamental or intrinsic value. Fiat money neither has intrinsic value nor is it convertible22. Statements on banknotes often say something along the lines of ‘I promise to pay the bearer on demand the sum of …’ but you won’t get very far if you go to the issuer of the fiat currency—usually the central bank—and say, ‘Hey, give me some of the underlying asset back for this’. At best you will get a new banknote.

So how and why are fiat currencies valuable?
Two main reasons:
1. They are declared by law as legal tender, meaning that in that legal jurisdiction it must be accepted as valid payment for a debt. Therefore people use it.
2. Governments accept only their own fiat for tax payments. This gives fiat currencies a fundamental usefulness, as everyone needs to pay tax23.
The Economist newspaper has described cryptocurrencies as having fiat characteristics24 as it is simply declared so, but to date, cryptocurrencies have not been declared legal tender in any nation.

More stories from Daniel Joseph and writers in Journal and other communities.