by Paizli hill 5 months ago in humanity
Report Story

The thorns and the buds 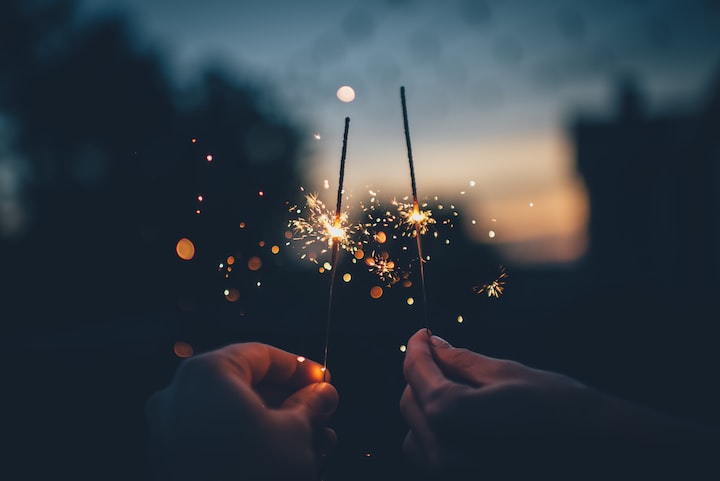 I’d like to say that this year has been a rollercoaster with ups and downs but it hasn’t really. A better way to describe this year would be as a slow crescendo that has yet to end. January brought some great things but it was also the beginning of a low point for me in many ways. I gained the start to getting back my health and saving my life. I finally was able to get surgery to clear out the rest of the infection on my spine and remove my hardware. My recovery was not linear or easy and I ended up spending a good chunk of January in the hospital. I also ended up losing my job without warning or any real explanation. Losing a job is always a bit of an ego blow but it was hard because that job was going to allow me to establish real financial independence and stability. I mean this was the hope but not reality. I was barely getting on my feet after living paycheck to paycheck and making a major cross-country move. It was a hard blow and what ultimately forced me into the financial crisis I'm in now.

So by March, my health had greatly improved. I had more energy, my appetite was back, I no longer had back pain, I didn't itch, and my anemia improved. At the same time, I was struggling to pay my bills and missed payments were starting to add up. Though I was struggling to pay bills, get gas and feed myself I still made sure to take advantage of any and all opportunities for fun. Mother's Day I got to spend time in Memphis, TN. My friend flew me out and I got to have a lovely brunch with my mother. It was honestly the perfect little vacation. I got to leave all my anxieties and worries at home and spent a week enjoying being still. It was also nice to reconnect with an old friend and spend some time together. This was a friend who I at one point could be something more than that but my trip showed me that though a lot in his life had changed he hadn't. The realization that this person who I have this cosmic connection with just wasn't ready and may never be ready. At least not in enough time for me.

By June my financial situation had yet to improve and I was getting dangerously close to when my lease would be up. I was optimistic about finding a place even with the market being bananas. My credit was still decent and I had saved a bit of money. Plus, I was going to get a place with my mother to save money and avoid living with strangers again. I was touring apartments for rent at least two a week. It was emotionally draining especially since almost every application ended in a no. Amid all the apartment hunting I got an opportunity to be a part of the 2021 BET Awards. It was the first time I had done anything like that before and I mainly did it as a step out of my comfort zone. I received the privilege to be a part of the pre-show and see some of the biggest songs that summer performed live. Growing up in Hollywood I've never been the type to search for or fangirl over celebrities because they are just people but I will admit it was really cool to be so close to so many of my favorite artists. The closest I got being a fangirl the whole day was telling Jack Harlow that he looked good in that blue velvet and I wouldn't consider it a true fangirl moment because I said it in passing. But overall it was a real-life Cinderella moment for me. I got to get dressed up and spend the day enjoying music, meeting new people, and sharing the same space with some of my favs. Waking up the next day in my bed in my little apartment in West Hollywood no makeup, no dress, and no more glass slippers I was glad to be a nobody again.

Looking back I realize that I had lost touch with myself. I didn't know who I was or what I wanted out of life. My move, sudden job loss, and other major life changes had eroded my sense of self like a river turning large rocks into the sand along its shores. I had underestimated the effect my move or my infection would have on my sense of self. Now looking back on it how could it not? Watching yourself and your health slowly deteriorate in front of you and nothing you do helps is scary. Just like it was difficult to move back home to Hollywood after spending almost six years in the south. I was immediately taken aback by and reminded of the culture in LA. Everyone is out for clout and to be seen. Everyone wants to be famous or hang out with someone famous. This wasn't something new to me but I was in an emotionally vulnerable place and I was alone. I wasn't the same girl I left home as and for a good chunk of the year I struggled to feel like I still fit in with the LA vibe. I started to feel the same way I did in middle school when I showed up in Limited Too and Payless sneakers to see everyone in Juicy Couture and Uggs boots. It was the first time since then that I felt the need to conform. And maybe it's because I was unhappy with my body or that I didn't have anyone local I could turn to. The few “friends” I still had contact with who were local stopped talking to me. People outgrow each other so I just didn't force it.

By August I had reclaimed my health and had even more cool experiences. I got to see some really fun concerts at the bowl. I was lucky to be able to afford to buy the tickets before my financial situation got really bad. The concerts were the only time I could completely escape my reality. Because when I was there I was just a girl who paid to see the concert like everyone else. No one would know or suspect I was homeless. At that point, I had been living in motel rooms with my mom for a few weeks and it was extremely hard. It was not the reality either one of us had planned for or ever saw ourselves in. Homelessness has brought a range of emotions but the ones that always stick with me are gratitude and anger. I've been so grateful that though I have not had a permanent residence I have not had to spend a single night on the street or in a shelter and I've always had somewhere safe and warm to stay. Which is a big blessing because I know there is countless others who can't say the same. I feel anger because I know there are countless others like me and there just isn’t enough help for everyone who wants and needs it. And on top of the short supply of help for the homeless it seems as though society has a short supply of compassion for the homeless. It’s been heartbreaking to hear people talk about other people as though they are less than because they don’t have a home. Sometimes it gets hard not to internalize people’s negative comments.

Ultimately, I realized that how they feel is their problem, not mine. This year hasn't been a smooth one but it has been one full of many lessons. Some new lessons and some I've been working on for years. Like learning my worth. It has been a continual journey and I keep learning new things. There has been a few times this year where I almost settled for less than what I'm worth. Whether it was a career choice or a relationship the universe was quick to remind me that I can do better. Even if that means I have to do it alone. I'm also still learning how to trust and believe in my power. Being alone to fight my most difficult battles has been a reminder to trust in my power. There have been times this year where I felt tired and incapable of holding on. I didn't give up because I wanted to believe that I was destined for big things. This want to believe I can be so much more is what pulled me from the brink of a dark spiral. Then it ultimately grew into a belief that I can change my life around because I've done it before. And most importantly I have the desire and the hunger to see what happens when I believe in my capabilities. So though I may be ending this year without everything I would like I have everything I need to get through this new year. I have hope, a better understanding of myself, and a fire in my belly that cannot be extinguished.

I consider myself mostly a fictional writer with most of my writing having a base in my real life. I like to write about relationships and mental health mostly. I will also be sharing some tips and advice on childcare.

More stories from Paizli hill and writers in Journal and other communities.