10+ Jobs That Probably Won't Exist In The Future

by Jessica Bugg 11 months ago in list
Report Story

The Evolution Of The Way We Work 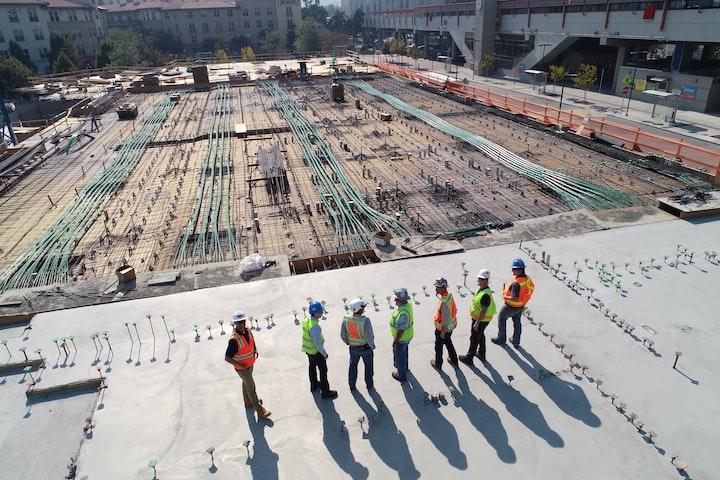 Photo by Scott Blake on Unsplash

Technology, automation, and a global economy are all buzz words we hear daily. Combine that with this little pandemic we have going on that has ushered in a new way of working and an increase in remote workers, as well as the altered lifestyle of millions across the globe, we are getting ready to (or in the country, we say fixin' ta) have one of the most rapid evolutions of the workforce we have seen since the Industrial Revolution.

Today we are going to look at jobs that exist today that will not exist for your children. Don't say I didn't warn you.

Delivery drivers, truck drivers, Uber drivers, Doordash drivers, most of the gig economy . . . you get the point. These are the first jobs that will be put out due to the self driving car/vehicle. The technology is already there, it just needs to be implemented on a large scale and it is already backed by global governments.

Farming has already seen heavy automation along with several rounds of global policy changes and restrictions. Farming will eventually become an aspirational job title as only a few people will even own/be in charge of the food supply.

Newspapers and magazines are,well dead. Hell, you are reading this from your phone or laptop. Big printing brands are going the way of Blockbuster because by the time they have pivoted to digital media, it was/is already too late.

Self checkout is everywhere from Wal-Mart to the local gas station. Amazon is even running initial tests of a concept called Amazon Go which is essentially a corner store with zero employees that uses digital scanners and AI to handle transactions. You walk in, walk out, and have your purchases automatically deducted from your account.

These are already almost defunct. Online sites like agoda, expedia, and trivago, have all interrupted the travel industry to the benefit of the end consumer. Travel agents are now almost obsolete.

Human labor was necessary when the Industrial Revolution went down and we saw a massive exodus from workers in the fields to working in the factories. Increases in technology have lead to less need for human labor.

These workers assist in the logistics of coordinating ambulances, fire trucks, etc. There is currently technology that eliminates the dispatcher completely very similar to how you order an Uber directly from your phone instead of calling to get one.

While this job will not be completely eliminated, there will be far less demand than we see today. We are already seeing restaurants across the globe that are using scanners for menus and you can pay from your table. Now they just need to get the food to you. There are already restaurants in Asia that operate with an innovative conveyor system that brings the food to you in lieu of a human.

Most of us haven't been to the bank in quite sometime. With direct deposit, cashapp, and digital money everywhere, the need for in person interaction is almost nonexistent already.

The military embraces innovation and is now technology based more than warrior based. With drone technology and other innovations, the requirement for in person combat is reducing everyday with only top personnel needed to run the systems that operate the drones and other technology.

Fast food companies were already in the process of automation, now with the increased minimum wage, this has only been expedited. As many of these jobs are fairly non-intensive to replicate with current technology, this job will more than likely not exist in the future.

There has already been a decrease in the telemarketing industry, well minus the extended car warranty people. Digital marketing is now the future and companies are using targeted marketing and digital media in order to find customers.

The function of accountants is to take data and synthesize it. An algorithm or AI can do the same thing. This software is already in development.

Most traders are already utilizing some form of bot in order to assist in trading from my crypto triumvirate to the largest hedge fund manager. Because the bot can be used to set triggers at specific times, this makes the stock broker obsolete.

Construction is a huge industry but it is adapting more and more machines as well as technology in order to construct buildings.

So there you have it. Jobs that most likely will not exist in the next two decades based on technology that already exists.

More stories from Jessica Bugg and writers in Journal and other communities.