by Alixzandra Wiseman about a year ago in fiction

This is a Halloween piece inspired by the image of how witch hunters were in history as well as how some who were witches were only those who knew how to use herbs. 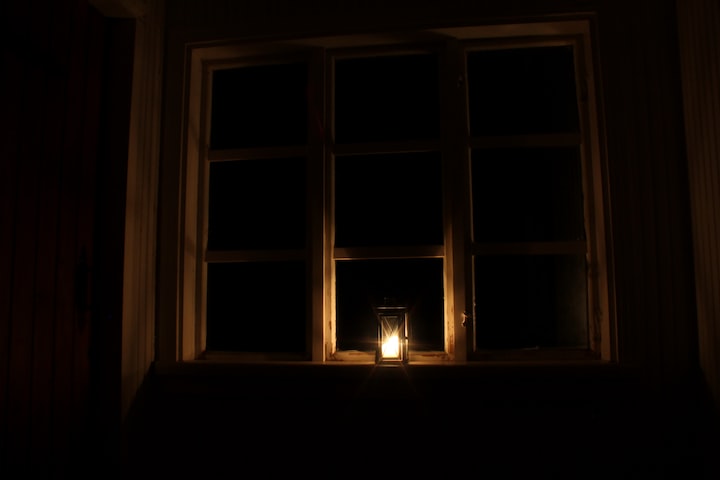 As I sit at my writing desk, the quill nib scratching out each letter that I cast out in ink upon the page. The winter fire ablaze cast an amber glow into the room, yet that alone is not enough to light the room, for there upon my desk is a weeping candle. The wind howls outside rattling the glass of the window as if in a moments notice it could crack and shatter, sending snow and glass across the room. I dread to think what the passers by see of this little run down cottage of mine, I'm careful to not stray to near the windows for they taunt me with the word 'witch'. If I'm a witch then surely I am good?

Passers by will only see the run down cottage of what was once the home a women who knew the potions to heal the sick, now all they see is a candle in a window flickering with the movement of air that ratters against the glass. For yes I was once a witch people from the village would come to me offering me sliver and gold to heal their aliments and wounds, it was a simple life when I was young, that is until they arrived.

The men was tall hats of black and robes that ripped across the night air, men of god or so they claimed. They gathered the villagers one by one asking for information about the witch, as weeks went on I grew in fear for I too had been called upon to tell the tales of the woodland witches, I for one had not met any who danced with the devil at night nor have extra fingers or toes not even a mark upon them from the devils kiss.

Yet I grew in fear for I could be a witch in their eyes, being a women who knew the healing herbs and knew how to clean a wound, but such a skill of medicine should only be done by doctors to which is a task only fit of men, so I in the eyes those men's eyes am a witch.

As time grew on I learned that a great number of the village folk had sworn that I had been seen dancing with the devil, that I did the devil's bidding. And one night while I sat beside my fire I catch the candle by the window flicker, to only see in horror one of the witch hunters stood peering inside my cottage. That night was not long ago, I know that I shall be dragged out from my run down cottage, forced into a trail were all who gain profit shall lie to suit their needs. I shall be take no doubt to the stake where flames shall crackle and pop cross my skin, like the flames inside my hearth that crackle and pop across the cedar wood.

If I am a witch, then I'm only guilty of healing the sick and mending wounds, helping the mothers in labour and caring for them and their new born for days after their great event. If this is such a crime then so be it, let the men who wear those tall hats and cloaks of black hold their heads up high and say they hunt my kind in the name of god, for it is their own fear of intelligence that will cripple them.

The wind howls rattling the glass that finally shatters, as the weak wooden door is forced open. For I see them stood there, the four men to cast me out as a witch. They encourage the villagers to turn their back on simple herbal potions in the name of God, those men who encouraged the name witch to be taunted against me, as if I'm some creature to be feared and hated by all those I once called friends.

I shall not fight, nor will I weep while my hands are bound and I'm marched through the village to the icy river. A weighted chair waits for me, to which I'm tied down upon and swung out across the middle of the river, I can see the villagers all out with flaming torches lighting the river bank but all the while my eyes glance further back to my little run down cottage were a candle stands within the window still burning ever so bright. For this is the image that fills my mind as I hear the echoing screams and cheers as the chair is lowered as such speed I feel the icy water rush over my skin my eyes shut as I gasp for my final breath, but alas it does not fill my lungs. It is then I awake once again sat at my desk in my nice warm cottage, for I am dead just a candle flicker in the window of life.