by Michelle Taylor 6 months ago in urban legend
Report Story

Once you take a dip, you drown 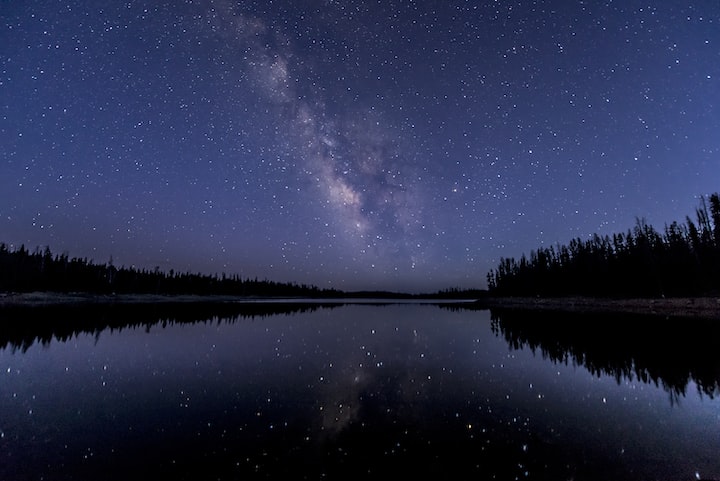 Photo by Jackson Hendry on Unsplash

Arthur Harris is a best selling author who loves to write horror stories based on the nightmares of our small town. Since he moved here that is all anyone in Grey Hills will talk about at least it was until my brother’s body washed up in Wicker Lake yesterday.

I was at school when the news broke that there was a body spotted in Wicker Lake.

A local man went running around the lake and saw something floating in the water, he got closer and saw the green coat wrapped around the bloated bobbing figure. Then the rush of the tide brushed the coat and his damp dark hair from the drifting figures blue and bloated face. The eyes are what scared him the most, they were open wide with fear - like whatever killed him scared him to death.

The stories spread around school today, sounded just like the ones we grew up with in Arthur Harris’ books. In English class, Mallory was braiding my hair, while the teacher read us a chapter of Of Mice and Men.

“Did you hear how the body was twisted and mangled,” Mallory said. “God I don’t know how the family will recognize whoever it is.”

“Oh hush,” I say. “No one cares about another stupid story about dead people in this town.”

“Then why is everyone planning to party at the old farmhouse this weekend Kayla,” she whispered as Ms. Parker looked up at us, telling us to be quiet with just one look.

“Not everyone,” I whispered back as I doodled randomly in my notebook.

I had always hated the ghost story reputation our town had. As a little girl it scared me but, now it was just a dumb publicity stunt that they town used to make money. All my friends love it and use the stories as an excuse to get drunk and party.

The sound of the bell rang throughout the room and everyone headed out the door. I grabbed my bag and made my way to the student parking lot. I slung my backpack off my shoulder and searched the front pocket for my keys. I slid into the driver's seat of my old dark gray Nissan Altima and turned the engine over. I pull my car into park and follow the path out of the parking lot and onto the highway.

I make the short five minute drive from school to my house to find two police cars waiting in my driveway. My stomach did a flip, something wasn’t right. I headed into the house as fast as I could trying to push that sickening feeling down. By the time I reached the living room I could hear my mother crying.

“What’s wrong?” comes flying out of my mouth before anyone even realizes I’m even in the room.

Mom just continues crying. Dad begins to say something but cannot find the words. I scan the room and notice that my brother is not here.

“Where’s Kyle,” I ask and mom only cries harder.

An officer begins to talk about how he is so sorry and he hold up a clear evidence bag that has my brother's work uniform in it. It is soaking wet and has dirt and algae clinging to it. My heart dropped into the pit of my stomach and I felt numb

Kyle was the body in the lake.

Police said he had drowned. Something about him falling into the lake and must have hit his head. They were looking into it to make sure there was no foul play but they were pretty sure it was an accident. His last client at the garage was Arthur Harris. They were bringing him in for questioning.

The famous author lapped the interrogation up. He had his own notebook out and taking notes while being questioned. His shaggy blonde hair swayed as he answered the usual questions about where he was, who he was with. Of course he had a solid alibi. After getting his car fixed he headed over to his publicists house where they discussed his new book, focusing on the creature of the Wicker Lake.

The cops laughed the coincidence off when they saw the video conference tape that proved he couldn't have murdered my brother.

"Maybe it really was the creature at the lake," Arthur joked as he walked out of interrogation. I was sitting at one of the cops desks waiting for them to bring me Kyle's effects. Mom and dad both couldn't handle it. I on the other hand was too determined to find out what happened to him to let my grief show.

The cop came back with a manilla envelope with a bunch of numbers written in sharpe. He had me sign a form and then handed me the envelope. All that was inside was what the found one him. His keys, wallet and a weird stick that he was holding. It had a purple color to it and it curved to a swirl on one end, I'd never seen it before.

More stories from Michelle Taylor and writers in Horror and other communities.