Why Our Interest In The Supernatural Prevails In The Face Of Its' Darkness?

by Jason Ray Morton 12 months ago in supernatural
Report Story 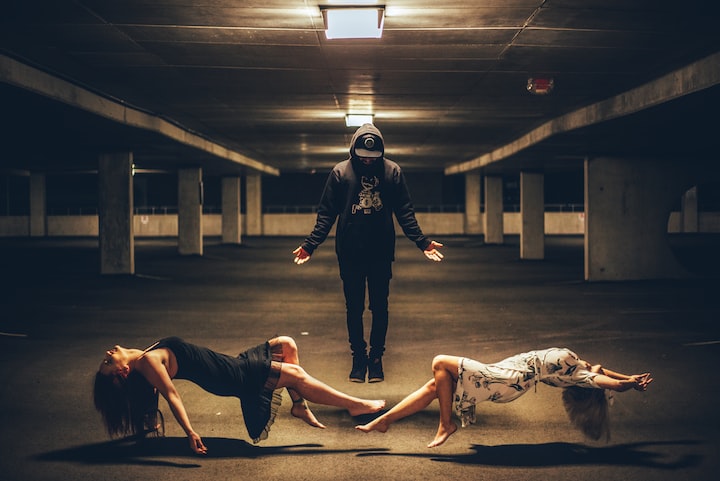 Believe, or don't believe, that is usually the question around water coolers, between late-night colleagues, during pillow talk, or simply when our mind wanders. As small children, our parents and loved ones teach us not to believe in monsters or the "boogieman" and yet we find our paths drawn back to those horror stories. Once we are opened up to the realm of possibilities, then we will pretty much believe in anything. So, whether you may believe in the monsters and ghosts that others believe in, or you hide your head in doubt, there's a world of infinite possibilities out there. Some of those possibilities should, however, be left alone.

All America there are graveyards with names like Stull Cemetery - believed to have been originally called Skull Cemetery. Barely anything is left in Stull, a small village with only a number of homes and a newer church, but the legend carries on. Stull's legends allegedly link back hundreds of years but until the seventies, when they made it to print, none of them were known.

The Stull cemetery legend states that it is one of two places visited by Satan himself just twice a year, on the spring equinox and on all hallows eve, Halloween. Believed to be the location of one of Lucifer's concubines, a witch that was burned at the stake, the legend says the witch was pregnant and Lucifer returns twice a year to pay respects to his lover and his unborn child.

Is it true, or just an urban legend? According to locals, they claim that until the seventies they never heard of the stories. And, while some of the legends and stories tell of youthful adventurers being grabbed by unseen forces, strange winds in the old church knocking people around and holding them to the ground, and rain not falling into an old and decrepit church with no roof, there's no documented proof of these events. The legend grew enough that a 1980 article in the Kansas City Times the writer wrote of the Devil appearing in two places on earth, Stull Kansas and some desolate place in India, simultaneously.

If Stull Kansas sounds remotely familiar it is because of its' location. Just twelve miles away lies the sacred city of the Supernatural world, the birthplace of Sam and Dean Winchester. No doubt, the creators of the long-running monster show, have heard of Stull's most insidious visitor.

In the ancient city of Hierapolis, found near Pamukkale in Turkey, there was once a site sacred to Pluto, the god of the dead. When it was rediscovered in 1965, none were aware of its' otherworldly significance. The gases that heat the famed hot springs of Pamukkale come from a cave beneath the Plutonion, and the people believed that because the vapors are toxic that they were sent to by Pluto himself. The vapors, so toxic in fact, would cause animals led into the cave to fall over dead.

In Hellam Township, Pennsylvania local legend says that off Trout Run Road lies the seven gates of hell. The gates appear mysteriously near the site of a tragic asylum fire. The legend has all the hallmarks of a haunted spot, tragic and violent deaths, people troubled during their lives, the mentally ill. If you walk through all seven gates, according to local lore, you end up in Hell. The same legends claim nobody has ever made it past the fifth gate.

Where are the gates? They could be in the drains of Clifton New Jersey, The Stull Cemetery in Kansas, on the grounds of a cemetery in Lawrence Kansas, or as some voodoo practitioners claim, in various parts of New Orleans. One thing is for sure, if anyone found an actual gate, opening it would be more likely an accident than intentional, because who's in a rush to get to hell.

More stories from Jason Ray Morton and writers in Horror and other communities.