Why I Can't Stand Psychological Horror

by Ben Jordan 3 days ago in pop culture

The current most popular horror sub-genre trend just doesn't do it for me. 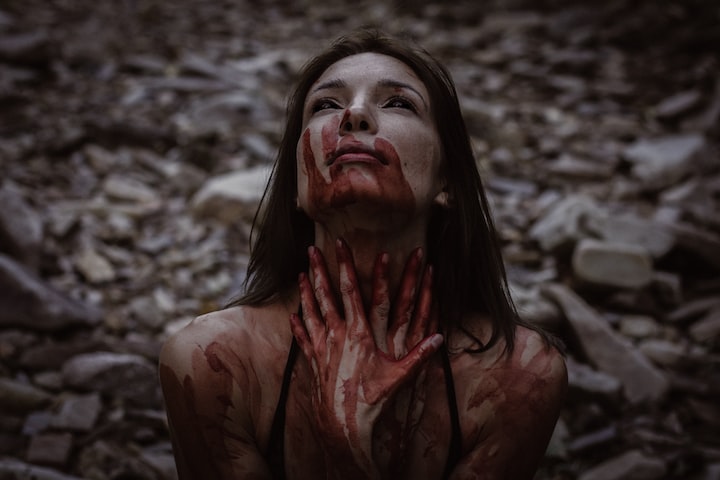 Photo by Racheal Lomas on Unsplash

When you ask someone what some of the greatest hits of the horror genre of the last ten years have been, what titles do they tend to throw out? Most fellow movie critic and horror fan friends tend to say, The VVitch (2015), Hereditary (2018), Midsommer (2019), The Babadook (2014), Black Swan (2010), Get Out (2017), Ready Or Not (2019), It Follows (2014), The Lighthouse (2019) and The Purge (2013), as the best horror films of the last 10 years. Why? They’re more likely to hold these films in high esteem and appreciation for their acting, aesthetic establishment, beats, camera work, script, sound work, and the way all of those were put together to create the emotional tension, and deliver the terror in a way you don’t stop thinking about how powerless the characters were made to feel. And how you the viewer, were made to feel for days!

What do these titles have in common? They're of the horror sub-genre known as Psychological Horror, or Suspense Horror. Loosely defined, it is a horror sub-genre that utilizes the psychological, mental, and emotional states of the characters. Along with their causes from the dynamics of society and culture around them outside of their control to disturb and frighten the audience. It functions to create ominous dread and disturbance for the viewer by exposing universal human emotional and psychological frailties and the darker elements of the human mind that is repressed or denied.

Instead of an unreal situation where fictitious monsters, creatures, demons, ghosts, or even a seemingly supernaturally unkillable slasher, the cause of the terror that ensues in the film is other mortal, flawed, human beings. Often implemented through...

• Loss of control or self-agency

Thereby keeping the narrative grounded in artistic realism. If supernatural entities are utilized at all, they're kept in the background or hidden, while pulling the strings to manipulate events, and exploit character weaknesses that cause the deterioration of the protagonist's mental state and relationships.

Now granted... in order to be able to weigh in on all talks of horror, I have to watch ALL TYPES, all decades, and subgenres of horror to well-round myself. Horror is my favorite genre of film to watch, but the stand out icons of the last ten years, none of which involve flesh and blood monsters, are utter torture for me to sit through. Here are the reasons why.

#1. Control over the sense of hopelessness is robbed from me. The Swedish psychologist, Svein Age Kjos Johnsen says this about horror movies, ”By watching horror films, one can have a sense of control over both the situation, or the viewing experience, or the feeling of fear... Watching a scary film may possibly also function as a distraction from other feelings.” Whenever I feel depressed, I can usually be found having popped in a horror film, for exhilaration and excitement. As I know it's fictional and I love the art of makeup and practical creature effects, I feel what Johnsen described. Psychological horror takes that exhileration away from me and leaves me hopeless. One can argue that that's exactly what it’s supposed to do and why it's so effective, and ergo, the BEST horror genre. But I feel each film gets and stays hopeless for its own sake. Or to just really go to town packing the nihilistic punch message of what a lost cause hope in humanity, or the self is as emotional torture porn for sensationalism.

#2. Taking the too familiar and wholesome, and turning them on their head, to take away the audience’s safety. Things like family, home, religious faith, etc. It grounds the story in too close to reality by grounding the story in family drama, their dark secrets, repressed emotions, and even faith beliefs. As noted earlier, the villainous entity is not as tangible per se, as a living flesh and blood monster would be. Yet sometimes they may indeed be, and hidden in plain sight no less! For example Black Phillip the family billy goat in the film set in 1630’s Puritan-ruled New England, The VVitch (2015), is revealed to be Satan himself in disguise! Watching Thomasin’s family as he sows the seeds of discord by bewitching her younger siblings. Thomasin’s mother Katherine’s paranoia, resentment of her mere existence as a blossoming young woman, and eventual blaming of her for the disappearance and apparent death of Thomasin’s infant brother Samuel, the disturbing possession and resulting death of her brother Caleb. Combined with with her father William’s religious pride, it all tears the family apart, destroying them. Leaving Thomasin alone and selling her soul to Satan when he reveals himself and joins the coven of witches in the woods. God’s mercy is portrayed as something to be begged for as opposed to trusted in.

For the most part, the entities don't kill anybody, rather they instead get into the mind. Their focus is to corrupt, and deteriorate the family’s relationship without being seen. Their oppressive presence builds and builds to cause the character’s breaking point to where they do the deed themselves. Destruction from the inside out, as it were. The films always end with the main characters surrendering to, and end up living with the evil entity, or joining it.

Now why does this sub-genre, at least right now, resonate the most with so many horror fans? My theory is because they speak to and comment most closely on the real, human-caused ugliness we're currently seeing in the social atmosphere. Things seen since well before the election, but worsened under the terrifying presidential administration of Donald Trump. Such as the emboldened brazen racism, generational divides and strained family relationships caused by misunderstandings and misplaced blame. Economic disparity, with widespread deep distrust of authority figures to lead and protect us, and of organized religion to formulate and guide our morality. Distrust of science and expertise with growing belief in and mass spread of conspiracy theories readily come to mind too! The crisis and deconstruction of masculinity/femininity and its coinciding correlation to the mental health crisis. Lastly, the reckoning of younger generations noticing, calling out, and no longer tolerating toxic behaviors or worldviews that older generations grew up themselves thinking nothing of. Then only to consistently prove unable to self reflect upon said behaviors and worldviews while great harm and damage are done. These relevant issues are all correlated and often bleed into each other. The hopelessness of the narratives feel too close to the real world, and home.

Now, don't not get me wrong, I do want, and therefore think horror should have a determinate socio-political message, on the state of things in our society and culture. And especially the ugly and scary stuff. The horror and sci-fi genres in movies, TV, novels, and comics always have. Those who insist that they shouldn't or never did, completely miss the point. I'm just of the conviction that while they should have definite terror, yet they needn't be so hopeless and nihilistic. With complete powerlessness that causes the final protagonist to submit themself to, and embrace the darkness. I want to be scared by monsters, not human beings! Because that's too real!

The Ritual (2017), and The Monster (2016): Two Contemporary Creature Feature Examples of Psychological Horror

Horror and The Video Store Era: a History and Memoir of Nostalgia

Hello! I’m Ben! So one day, I thought that I’d just sit down and start write about these things I’m passionate about!

I also enjoy pen and ink drawing, reading, playing the flute, and keyboard in my spare time!

See all posts by Ben Jordan →