Where Did Zombies Come From?

by Jessica Bugg 4 months ago in halloween

How Zombies Depict The Fear of Death 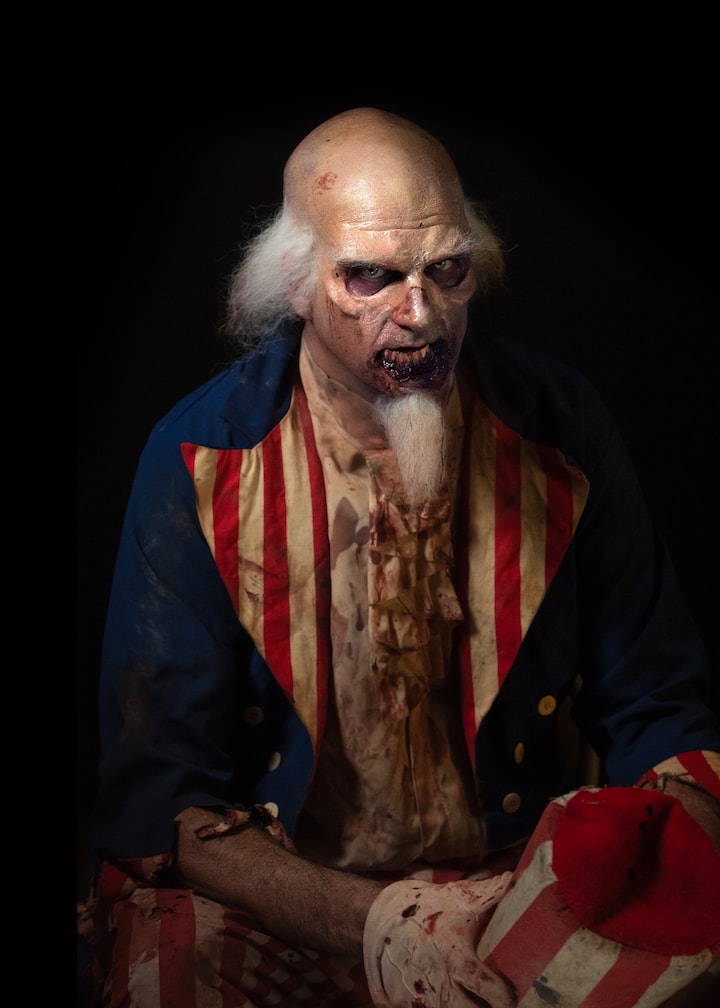 Zombies are one of the most recognizable creatures that fill our nightmares and modern media. Playing on basic human fears such as death, the end of society, the apocalypse, and ultimately the unknown, zombies have been depicted throughout human history and into modern time.

Today we are going to look at the birth of the zombie.

Where Did Zombies Come From?

It is near impossible to pinpoint an exact birthdate or even year for our zombie friends. Every culture across the globe has a story or belief in a zombie or a zombie-like creature.

The zombie emerged as a native response to one of humanity's biggest fears: death.

Every society developed customs and rituals to address the handling of corpses and the disease they may carry as decomposing flesh spreads bacteria and disease into the living population.

Therefore, the fear and and stories of the ancient zombie may have been created to deter people from trying to keep the body of a deceased loved one in the home or to dig up bodies in order to discourage the unintended spread of disease and ultimately death.

Epic of Gilgamesh- first written reference to the undead

Zombie Prostitutes In The Middle East?

In the Middle East we find the novel zombie prostitutes in the oral tradition (stop right there, my reader, I mean the stories were told verbally. Those zombie prostitutes did not limit their services to just one orifice. They were businesswomen first after all).

These zombie "women of the night"-literally-were separated from God due to their sinful ways. They would hunt down travelers. Any traveler who came near them was facing death (note: zombies used to just kill you, you didn't start to become one as well until MUCH later). The zombie prostitutes would then eat the flesh of their dead traveler prey.

Unlike their Middle Eastern cousins who had to train for zombie-dom in their mortal life by sucking dick for a $20 . . . the Medieval European zombie could be any corpse who was able to escape a grave or a tomb in order to hunt the living.

Plague times saw an increase in zombie stories, fears, and alleged sightings due to the very real and large amount of death witnessed by plague survivors.

Congratulations, you survived the Bubonic Plague but now you have to worry about flesh eating corpses. Not much of a win. Again, this writer believes the stories gained popularity as an effort to deter the general populace from digging up Aunt Becky after she succombed to the plague and ultimately killing the rest of the household, castle, or village. It also encouraged quick disposal of dead bodies.

I guess the fear of getting the Black Plague wasn't sufficient, so we had to come up with something scarier. Flesh eating corpses who will hunt you down. That will work.

Where Does The Word 'Zombie' Come From?

A zombie, according to Haitian voodoo, was a person who has their mind controlled by magic so they are a slave to their master's wishes and desires.

Wow that felt like a large amount of apostrophes. I want to begin this section with the note that the monster in the original book was NOT named Frankenstein. Frankenstein was the scientist/doctor who created the monster. In the book, it is only referenced to as "the monster".

In this classic tale which began as an entry into a writing contest held by none other than European Fuckboi extraordinare: Lord Byron (who I will definitely cover in another article, his antics were too salacious not to), who challenged a group of friends to all write a horror story and select the best story.

Shelley was inspired by the modern scientific advancements of the time including an experiment that used electricity to cause a dead frog's appendages to move.

Frankenstein or A Modern Prometheus touches on the unintended consequences of science and technology, as Dr. Frankenstein truly creates a monster.

Modern Zombie Depictions In Film, TV, and Other Media

The first zombie movie produced by Hollywood was the 1931 movie adaptation of "Frankenstein" followed shortly after by the 1932 film, "White Zombie", and later, "Plan 9 From Outer Space".

In the 1968 classic, "Night of the Living Dead", we see for the first time a zombie bite someone and not only devour their flesh causing death. This time, the zombie bite turned the person into another zombie. A nod to the vampire tradition, but also IMO, a nod to the spread of disease or unhealthy thinking.

The Emergence of the Zombie Apocalypse

The genre of Zombie Apocalypse emerges in the early to mid 1980s, where zombies are depicted not just as an outlier, but as the trend. Meaning there are more zombies than humans.

Michael Jackson's 1983 cultural classic, Thriller, which to date is one of the top selling singles of all time, brought zombies to MTV. "Thriller" even came with the personal disclaimer by Jackson stating his production of the song and video did not mean he worshipped the occult, depicted both the fear of Zombies but later as Michael finds himself becoming one, that maybe it isn't so bad.

I mean, I personally can still do all of the dance choreography from the video. Thanks Mom for leaving me unattended while you smoked Misty Menthol Ultra Light 120s and read Cosmopolitan.

Zombies In The Early 2000s-Present Day

In the early 2000s, we saw zombie and zombie culture move into video games with the release of "Resident Evil" and into popular books like "The Zombie Survival Guide", "World War Z", and "Pride and Prejudice and Zombies".

On television, two of the most popular series to date, both have zombies in the story line.

"Game of Thrones" shows Ice Zombies who are threatening to attack Westeros with the Night King as their undead. (Side bar: my favorite line from the entire series is, "what do you say to the God of Death? Not today."

"Walking Dead" centers on the zombie apocalypse and how the few living attempt to survive. I could make a better summary but tbh I have never completed the series even after several attempts.

Will Zombies Continue As The Undead Royalty of Horror?

As of the time of writing, zombies are THE most popular sub-genre of horror. This writer personally believes that zombies are here to stay. Zombies represent every basic human fear from technology to people we don't know to death.

Ultimately, the greatest fear on Earth is death as the other fears people possess ultimately lead to death. So as the zombie is the personification or monsterification of death, it only makes sense that zombies will only die when humans no longer fear death.