We All Float Down Here

by Shannon Moose about a month ago in book reviews

Defending a Fantastical Realm of Horror 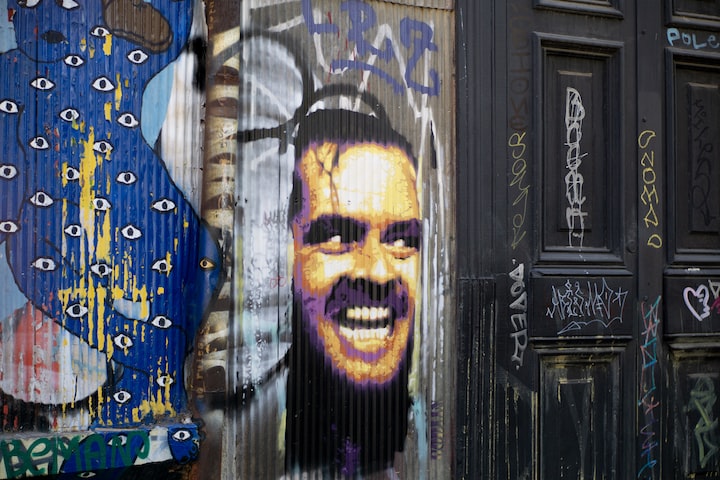 Hi, Georgie! Don't you want a balloon? - Stephen King, IT

When I first laid eyes on Pennywise, the clown, my life changed. I couldn't shower for a week, terrified someone was actually in the drains, but I couldn't look away.

What was this movie?

I watched as the blood-filled balloons began to pop in the faces of unsuspecting library patrons. I was bemused as they didn't flinch when the balloon eventually popped and they were covered with blood. My fourth-grade self couldn't look away. I was horrified, but also intrigued.

My mom paused the movie and, without concern of my age, introduced me to the novels of Stephen King.

I picked up Pet Sematary. There was an angry-looking cat on the front cover. "I like cats," I thought.

"Church was swaying slowly back and forth as if drunk. Louis watched, his body crawling with revulsion, a scream barely held back in his mouth by his clamped teeth." - Stephen King, Pet Sematary

I read in horror and awe as the cat was hit by a truck then buried, only to come back as some otherworldly creature. Then the boy came back. I was transfixed by the images filling my head.

I sat up, hunched over my book, as Jud and Gage faced off. Church tripping Jud, sealing his fate. What an awful way to die!

After Pet Sematary, I read Carrie. As a "weird" girl in high school, I could relate.

My heart skipped a beat when an announcement during homeroom included my name for homecoming queen. An obvious joke, but I couldn't help but look at my book and wonder. Though I didn't win, I was curious to see if anyone would have rigged up some buckets of pig blood above the stage.

No such thing happened. Hey, a girl can dream, can't she?

“And then the world exploded.”― Stephen King, Carrie

I devoured smaller novels such as Christine, Salem's Lot, Misery, Needful Things, and each novella of The Green Mile.

Misery in particular held my attention. The insanity of Annie Wilkes being both terrifying and obnoxious, I couldn't put it down. Paul Sheldon's captivity by Annie Wilkes creating a mix of the nightingale effect and Stockholm syndrome. Until she cuts his foot off.

The axe came whistling down and buried itself in Paul Sheldon's left leg just above the ankle. Pain exploded up his body in a gigantic bolt. Dark-red blood splattered across her face like Indian war-paint. It splattered the wall. He heard the blade squeal against bone as she wrenched it free. - Stephen King, Misery

Much different from the almost docile hobbling scene in the movie.

Then, one day, I picked up The Stand. A slightly larger book than the rest. I took the challenge.

“That wasn't any act of God. That was an act of pure human fuckery.” - Stephen King, The Stand

For those who haven't read The Stand, I suggest you do. An eerily similar story to today's pandemic. A superflu created in a lab is accidentally leaked and exposed to scientists. In an attempt to lock down and contain the virus, one man escapes. The virus spreads and wipes out most of humanity. The remaining survivors are then witnesses to the final battle between good and evil.

I was thrilled to find out that most of Stephen King's work had been adapted into films. I could relive each story!

I was mid-way through the novel IT during the fights between my parents. I would escape into a mad world of the impossible. Kids, ignored by their parents, must fight off an evil that is killing and eating children. What a way to spend a summer! I felt inspired to explore more and go outside to find my own adventures. Yes, of course, I peeked into the storm drains.

The Shining was particularly inspiring. I had hoped to one day experience an opportunity to stay at a hotel during the off-season. To walk the empty hallways and use the facilities daily, as if living in a castle. The possibility of running into creepy ghosts from the morbid history of the place would be a bonus!

“Wendy? Darling? Light, of my life. I'm not gonna hurt ya. I'm just going to bash your brains in.”― Stephen King, The Shining

In each novel I picked up, I was transported into a world similar to ours that held a dark underbelly.

With a fluttering stomach, I was struck with excitement when I heard of the series Castle Rock. A world enveloped by the Stephen King universe. Well-placed nuggets of nostalgia are riddled throughout each episode. Not to mention, one of the main characters in the first season - Ruth Deaver - is portrayed by none other than Sissy Spacek! The very actress who played Carrie White!

As the second season began, I fell deeper back into my childhood. Following Annie Wilkes - from Misery - easter eggs tied to various novels like Salem's Lot, The Shawshank Redemption, Night Shift, Needful Things, and The Body (or "Stand By Me"). Tim Robbins, who plays Andy Dufresne in The Shawshank Redemption, plays a major role in the second season.

“Everyone loves something for nothing...even if it costs everything.”― Stephen King, Needful Things

The stories Stephen King writes and how he writes make it easy to digest and easy to understand. He makes references to other stories to add continuity. Perhaps he did this only for the fans, but we all ate it up like a fresh plate of cookies!

Stephen King's novels and his multiverse have had an impact on my life since the fourth grade. I found not only fear but an odd sense of comfort in his books. Ultimately, good prevails in his novels, but not without great effort. His characters make great sacrifices for the ones they love and for themselves.

Aspiring amateur writer based in Hawaii. I hold a B.A. in Multimedia and studied English through Arizona State University. Full-time mom with a lot of ambition.