Unrest in the Hills

by WolfBlood about a year ago in monster

Encounter of the flying beast! 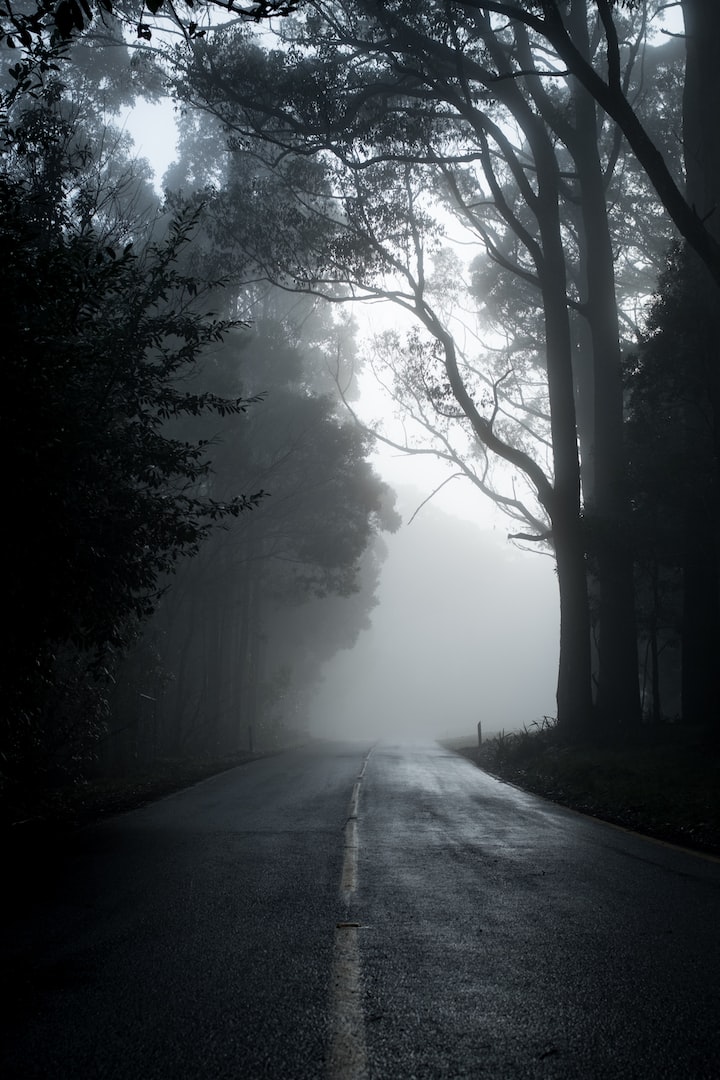 Photo by Michael Mouritz on Unsplash

I'll never forget it for as long as I live: the frightening things that happened that night. I will say that everything you read in this story is true; I will say that I was not very old when it happened and that the world was a very different place so that you may understand our actions that night: we didn't have any other choice!

It was the year 2001 and I was a young child of only 9 years old, my brother was only 12. We were home alone, just the two of us: it wasn't uncommon for our parents to go out for the night and not come home until the late that night or early the next morning. My grandmother only lived a block away, just one street away, well within walking distance. So, we were always well within help if we needed it. The closest police station was a quarter of a mile away, the nearest hospital was just as close. So, it was obvious that we were taken care of, no matter what threat may come our way. Not to mention the fact that we literally lived right in the middle of the city.

It was about dark, that moment where you can see the stars in the dark rural blue sky but it's not yet black, when my brother decided that he was going to call a friend of his to come over to stay the night. Of course, Travis was more of a brother (at the time) than a friend and after about 20-30 minutes, there was a knock on the door, and my brother, Jonathan, opened it to reveal Travis standing on the other side. We welcomed him in, and together, we all 3 sat down to play video games; PlayStation 2 was very popular back then and that was our game system of choice on this night. Later that night we ordered pizza and we sat there eating and playing games, no worries or cares, we were having a good time as we always did back in those days.

As the night rolled on, we soon heard a knock at the front door which we'd assumed was my parents. We always locked and deadbolted the doors shut when night time came if they weren't there, and it was about 10:30pm. So, my brother, Jonathan, stood up and walked to the door and peeked through the small window at the top of it. He then came back off his tip toes and looked at Travis and I. "Stupid wind. All it takes is one good gust of the stuff and that screen door rattles against the main door and makes a knocking sound. Doesn't it?"

It was my older brother, of course I was going to agree with him, I was still a young boy with a lot of Anxiety, and I was just happy that it wasn't anything major. Travis shrugged. "I guess it could be your mom and dad playing with us." Jonathan shook his head. "No, it was definitely the wind." But sooner than he'd finished his statement did we all three hear a banging at the back door now, this time sounding as though someone was trying to kick it in. Of course, we had a deadbolt on that door too, So I wasn't worried, but it was enough to startle my brother. So, he and Travis went into my mom and dad's room and loaded up three guns, 2 hunting rifles and a small youth model shotgun, and handed me the shotgun. "You're gonna take one too. If it's mom and dad, you can get in trouble just like us." Thus was the logic of my dear older brother Jonathan. If my dad even knew that my brother had found a key to get into those guns, we would've all been punished severely. But we all walked to the back door to peek out.

You may be thinking: why didn't we just text our parents? Cell phones were still very primitive at this time and we were restricted to a landline cordless phone at the house. But after we walked to the back door, only to see nothing outside, I quickly ran back to the phone and tried to call my Dad's cell phone, but it went straight to voicemail. So I tried calling my grandma on her landline! But it was the same story: it went straight to voicemail. They were probably asleep, I thought. At that point I heard my brother and Travis screaming and firing the hunting rifles. The two boys then came running back towards me, yelling for me to get out of the house!

I wanted to know what was going on but they wouldn't tell me, they just kept yelling for me to run. So, I did! We ran out the front door and all got into an old Volkswagen Bug car that my brother had been given by my Grandfather. "We're just going to Grandma's!" My brother exclaimed to me as he started the car. It was at that time that I saw the thing.

'Thing' is the only way I know how to describe what we saw that night. It was at least 8 feet tall, covered in black feathers, had glowing red eyes: it was like a big evil bird-man thing. I don't know! I don't know how to explain what we saw that night! But we immediately all fired our weapons through the windshield of the car and the creature took every bullet before standing there and staring at us as if it wasn't phased! It did eventually fall backwards off the car and to the ground, and all three of us ran from the car, with the guns and to my grandmother's house a block over.

My, grandma wasn't home, but my aunt Sheryl was, so we beat on the door until she answered. My aunt Sheryl was about 29 or 30 years old at this time and although I knew she wouldn't believe me about what we saw, she definitely believed, Jonathan as he explained what we saw to her as she locked the doors and went to retrieve a shotgun that she had as well. She returned with the gun and extra ammo for us and called the police who laughed and hung up on her. Then we saw the creature beating on the front window of the house, trying to break in!

Luckily, Sheryl had shut all the lights in the house out and apparently the creature couldn't see us, so we all snuck out the back door, quickly ran to the nearest car, and got in! The creature saw this, and as Sheryl sped away, it leaped into the air and flew after us! We quickly sped down the road and out of town, the creature in pursuit of us the whole way! We fired our guns out the windows of car at it, but it would maneuver around every shot and swoop in closer as it did. Soon it was on top of the hood of the car, and it punched through the roof of the car, trying to grab onto whoever was closest. We were trapped, we couldn't shoot its hand because we'd surely hit someone in the car.

We sped down a dirt road, where my other aunt and uncle lived at the time and up to their house. The lights of their house kicked on and lit up the car and the front yard. Soon we heard the loud crack of a gun from the front porch and saw the creature fall off the top of the car, landing on the other side. We weren't taking any chances this time! We all got out of the car and emptied our guns into it. The creature then lay lifeless on the ground: we'd finished it off once and for all!

We then drove back to my house and swore never to talk about what we'd saw. But the next morning, my aunt Sheryl told me that the grave we buried it in that night had been uncovered as if something crawled out. So, I know, that to this day. That thing's still out there!

Receive stories by WolfBlood in your feed
WolfBlood
Read next: Dream State Part 5