Top 5 Original Horror Movies of 2020 (Even During a Pandemic)

by Pierre Roustan, Author of THE CAIN LETTERS and SCARY HORROR STUFF! 2 years ago in movie review · updated about a year ago
Report Story

This may be the most important top five (not top ten) in the history of cinema. 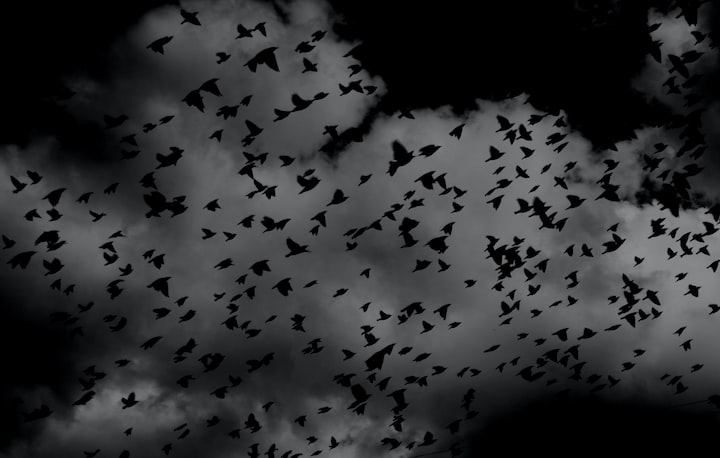 Photo by Pelly Benassi on Unsplash

Why, do you ask? Simple. Horror movies just might be the only genre that can survive outside of a movie theater -- and for good reason. All you need is some microwave popcorn, a dark living room (or bedroom, maybe), and a significant other (if you so desire). These days it's not that hard to do. The effect a horror film has doesn't change much at all.

However this can't be said the same for other genres, such as comedy, or bigger tentpoles like the Marvel movies. Ask anyone. When you're in that big auditorium with several dozen other people, and they all start laughing or cheering, the feeling is unparalleled in enjoying true cinema. We're all far from that old normal as we're fiercely in the new one as theaters struggle to find footing -- and Wonder Woman's relegated to streaming on some smartphone or tablet in the middle of the kitchen while Mom's trying her damndest to catch up on dishes from Christmas dinner.

Needless to say, the more 'interactive' type stories of other sub-genres lose an effect that was so powerful in an auditorium, so one has to ask: what about horror movies?

Indeed, Horror Movies Still Remain the Rage -- Even During COVID-19

Perhaps that's due to the fact that COVID is itself a horror story. Or maybe it's because what haunts us doesn't care about where we are or who we're with. The stuff will still scare us just the same!

Results are in and it's pretty clear with heavy hitters like IFC Midnight, Shudder, and of course Netflix bringing the pain in thrillers, gore, fear and fright to the best of us without even showing up on a big silver screen. All we need is some streaming service -- and we're good to go.

But keep this in mind: this top 5 (not top 10) doesn't do the genre enough justice. So many other stories deserve mention, some heralded on Amazon Prime and Hulu with a Blumhouse Productions collaboration, and others breaking the mold like what Jordan Peele's US and GET OUT did or what John Krasinski's A QUIET PLACE did silently.

This list is just a taste of unique terror. And another reason to celebrate the genre. Even during a pandemic.

Who said found footage was dead? That's right: no one. The Shudder original took an audience by storm, reinventing the sub-genre in a way that was fitting for the pandemic age -- shot entirely in Zoom calls!

Who knew Zoom could be so scary?

This is what Netflix seems to do really well: the films they choose to take on somehow manage to not fall in any particular sub-type or model. At first glance, you can't tell what this is all about -- except that there's something wrong here. That right there makes it particularly unnerving.

One may say it's a ghost story. But others say there's something more to it. More layers. That's textbook Netflix and what makes a genre evolve even more.

Hulu indeed lands a winner with this one: Swallow perhaps follows the same format as a film like Teeth does, but viscerally more, digging deeper into character development and pulling out great themes that are so inherently on the sleeve, yet subtle.

This is body horror at its best -- when it's supremely focused. Unabashed. And pulling no punches. You typically wouldn't see this in theaters at all, because the imagery's way too much to handle. Splatterpunk tends to fall by the wayside, too, as a result.

But, hey, guess what: we don't need to go into a theater to enjoy this!

Yep. Horror comedy still thrills with the best of them. Sure, these kinds of films still may rage in a theater without a doubt, but we're guessing that the magic combination of comedy and fear ultimately brings it home without losing a beat.

Not to mention this is the genius combo of the classic '80s body swap stuff like FREAKY FRIDAY and typical B-movie slasher fare like MY BLOODY VALENTINE. Who wouldn't love this?

We have films here that could easily sweep awards shows without batting an eyelash. Seriously. Pair powerful performances in period pieces with something so ageless as a "Rosemary's Baby" type story and an inherent racial overtone, and you've instantly got a winner.

This isn't cheesy stuff at all. Crazy to think that there was a time when horror was often laughed at when thinking of them as good films (most of them were absolutely not good films -- fun to watch? Yes. Good? No.). This film alone from IFC Midnight, a production already killing it like Blumhouse would, makes horror a true contender.

Terrified, Yet? If Not, at Least You Can Pause Any of These and Then Run to the Fridge for Snacks.

The best part of the horror genre in this new normal is that the five you see here -- as utterly inventive as they may be -- scratch the surface of what's being offered in the entertainment industry. A virus can shut down a blockbuster studio, but let's see it try shutting down a remote director's laptop, doing a Zoom production for a found footage film. Not going to happen. That's where horror shines the most! See more here!

More stories from Pierre Roustan, Author of THE CAIN LETTERS and SCARY HORROR STUFF! and writers in Horror and other communities.