by Tom Bacon 2 years ago in tv review

One of Stephen King's most loved works, The Mist was a short story inspired when the author went shopping the day after a ferocious thunderstorm.

Legendary novelist Stephen King is the mind behind some of the most terrifying tales of all time, but even he admitted that Frank Darabont came up with the perfect ending for 2007's adaptation of The Mist. Now that story is coming to the small screen. We're only a few weeks away from the launch of Spike's new TV series, and they've just released a chilling new trailer:

One of Stephen King's most loved works, The Mist was a short story inspired when the author went shopping the day after a ferocious thunderstorm. While looking for hot dog buns, King looked up and imagined a dark mist sweeping across the landscape, and a prehistoric reptile preying on the unwary. (Such is the nature of genius, that a thunderstorm and a shopping trip became the inspiration for a terrifying story that's now been adapted twice!)

What Can We Expect?

As you can tell from the trailer, The Mist expands upon the movie's premise in a pretty logical way. You now have multiple groups of survivors, in multiple different locations — a sensible approach for translating this story into a TV series. Showrunner Christian Torpe has cautioned fans to expect a few surprises along the way:

"It is not the same story as in the book and the movie, nor is it the same characters – but fans of the story will still see clear parallels... Some things are exactly the same, some are totally different. Some things you think are the same as in the original, but turn out to be something else entirely."

King's original short story deliberately avoided giving a cause for the mist — there were hints it was a military experiment gone wrong, but that was about it. This time round, Torpe seems to have tied the phenomenon in to a mysterious local legend. The character Alex (played by Gus Birney) seems to be key here, linked to the mist in some way; she's the only one who's been able to survive going into the mist.

Don't expect this series to answer all of your questions, though. Torpe claims to have plans for at least another series, so he's sure to leave some mysteries unsolved! Stylistically, he looks to be going for a cool blend of classic Lovecraftian horror with The Walking Dead, an approach that's sure to excite fans.

Of course, The Mist is just the next Stephen King adaptation. Fans are eagerly awaiting this year's The Dark Tower, Sony's film adaptation of another classic King tale. (And then there's Castle Rock, Hulu's upcoming new series that explores the King horror universe.) It's a good time to be a fan of Stephen King!

Are you planning to watch 'The Mist'? 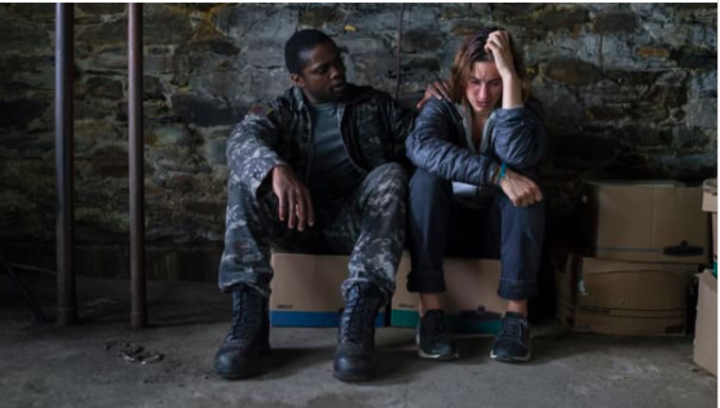 A prolific writer and film fan, Tom has a deep love of the superhero genre.

See all posts by Tom Bacon →