by Abrahdella 3 days ago in paranormal

Another story in a Haunted town 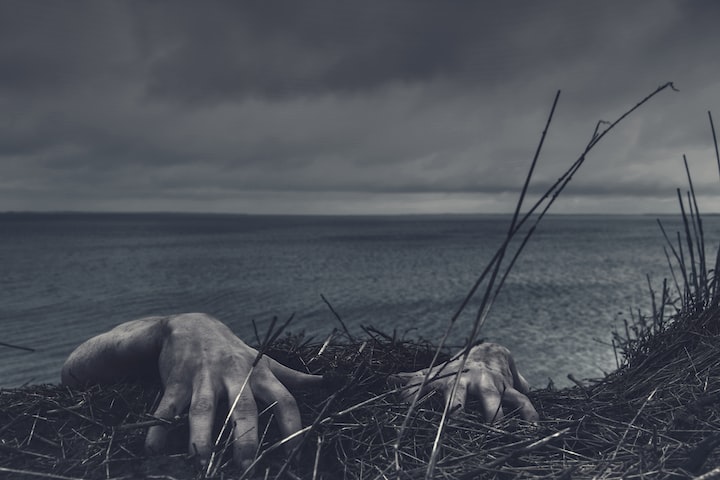 Growing up in a small town with a haunted history, you are bound to hear a story or two. In the small town that I grew up in, there are many stories, but one of the most popular is about a Witch that the founder of the town had burned at the stake many moons ago. Yes, everybody loves the thrill of a good ghost story, but what happens when the story becomes a reality? What happens when instead of hearing about it, you are living it? I assure you, it is not something that you will soon forget.

I have had many experiences with Paranormal Activity in my life, some pleasant, and some not, but this story STILL sends chills up my spine every time that I talk about it. I would like to start by saying that because of the fact that I did not own the house that this incident occurred in, I will not be including the exact address, however I will include the Street name and the town. I do not know if I will be able to make you feel the bone chilling terror that I felt during the experience, but I will do my best.

In the spring and summer of 2019, my Fiancé and I were renting a house on Nicholson Ave in Bucksport Maine. For those of you that don’t know, Bucksport is very well known for it’s Haunted history, so as two young adults that were raised in this town, and very connected to the Paranormal, it wasn’t unheard of for us to experience Paranormal Activity in some form or another once in a while.

At first, it just started out very minor. Little noises, things moving by themselves, that sort of thing. One night we even came downstairs from our bedroom to find three bowls perfectly lined up on our living room floor. Little things like that were nothing that my Fiancé and I were not used to, so they did not really bother us, but then came the night that changed the entire feel of the house.

On this night, we had stayed up extremely late. I remember dosing off around 1am. I had this nightmare that we were sitting in bed and we heard this gut-wrenching woman’s laugh. It sounded like a Witches Cackle. In the dream, it was as though I was hovering above the bed watching the scene unfold. I could see us sitting up in bed, and I could hear myself say “What is that?” as my Fiancé got out of the bed and exited the room to go check it out, and then the dream stopped.

The next morning, I did not say anything about the “dream” because I have had many nightmares and night terrors over the years, so I didn’t really think anything of it, until later that afternoon when we had some friends over. We were all just hanging out and having a good time, when my Fiancé started telling our friends the events of the night before. He started telling them about the “Witches Cackle”. I instantly felt the color leave my face. I felt cold. I slowly looked up at him. “Wait a minute. That actually happened?” I asked, feeling myself start to shake. “What do you mean? Of course, it did.” He responded. I stared into space for what seemed like an eternity. “I…I thought that I dreamt it. I remember being asleep. I remember watching the whole thing happen like it was a movie.” IT WAS NOT A NIGHTMARE. It happened.

He then proceeded to repeat everything that had happened, down to every detail. Us sitting in bed, us hearing the Cackling, me telling him to go check it out. EVERYTHING. He told me that when he went to see where the laughing was coming from, he got out into the hallway where the lights were on, and that it sounded like it was right in front of him, almost in his face. He then followed it downstairs into the kitchen, and then it stopped.

I felt the chills running up and down my back. After that, there was a constant feeling of dread in the house. It always felt like we were being watched, like we are strangers in our own home. It seemed like every time I laid down to go to sleep at night, I could still hear that awful laughing, like I was being taunted by something that I could not see. We never found out what it was, but what I can tell you is, it was truly Evil, and I don’t believe that it wanted us or anyone else living in that house. Once that entity made itself known, you could truly feel the darkness of it, and there was no peace in that house for us after that.

We moved out a short time later, and we have not been back. Yes, I have had many Paranormal experiences in my life, but this one was different. This was an Evil that I had never experienced before. This was Demonic. You could feel the Evil like it was a sickness. I do not know who lives there now, but I hope for their sake, they have better luck in that house than we did, because I have chills right now even writing about it, and to this day, every time I tell this story, I can still hear “The Witches Cackle”

My name is Abby(: I enjoy writing articles on many different topics such as Addiction/Recovery, Domestic Violence, True Crime, True Paranormal, etc. I also enjoy writing stories in the Genres of Horror/Paranormal and Crime/Mystery.

See all posts by Abrahdella →