'The Walking Dead' Can Redeem Itself With These Two Little Words: 'Here's Negan!'

by Sam Plank 2 years ago in tv review

And NOT These Words: Series Finale

Ever since Negan busted onto the scene by busting two fan-favorite heads on The Walking Dead, it seems there's been non-stop talk of falling ratings, never watching the show again, and #AMC needing to cancel it altogether. While those all are either true or could certainly come true soon, I'm here to offer one solution I think could help the show out tremendously.

People either love or hate #Negan. A lot. What the show needs is for everyone to starting loving the ever-loving shit out him. How could that happen?

Backstory, baby! Put the TWD comic, Here's Negan!, on TV as an hour or two long summer special, or multi-episode arc. Or maybe even an after school special. Something!

A quick search on Google reveals all sorts of solutions. Rodney Ho on AJC.com suggests we just kill Negan. Paul Tassi from Forbes, bless his TWD watching, ellipsis loving soul (love you and all you write, man!), has written about everything from racism on the show to the fall of the show's ratings. One topic he recently covered was how the show has gone too far with humanizing Negan and demonizing Rick, which is closer to what I want to talk about here. 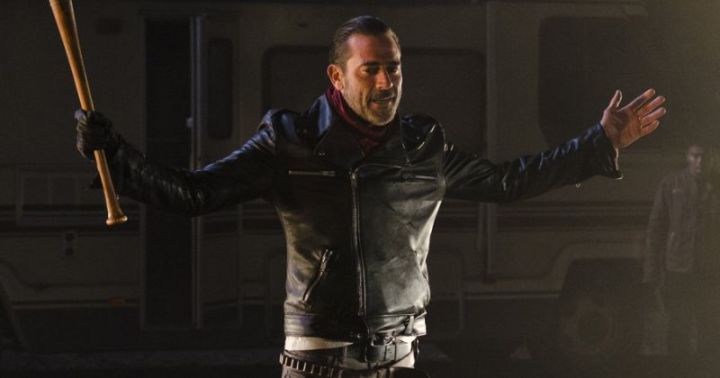 We know quite a bit about all the major characters and their pasts on #TheWalkingDead. Rick was a cop. Maggie lived on a farm. Rosita was military. Daryl was, well, crap...he's in need of a backstory too. But thanks to the 16 issue Here's Negan comic, we now know that Negan was a high school gym teacher. And an asshole. Once one, always one, I guess.

When we watch a show, it's one thing to see a character wake up in a coma to a world overrun by zombies. But then to learn their backstory, that makes us care about them so much more. Things like how they weren't really getting along too well with their wife. And how they used to take long walks with their boy.

All that information allows us to get more connected to guys like Rick Grimes, who have gone from “we don't kill the living” to “let's nod at each other and THEN kill all the living."

A backstory on Negan would do wonders for the fans who are hanging on by a thread, threatening to stop watching the show forever, like this disgruntled viewer/tweeter, Angelina (who, I bet, is probably still watching the show):

Want a taste of pre-apocalypse Negan?

Here's a taste of pre-apocalypse Negan. 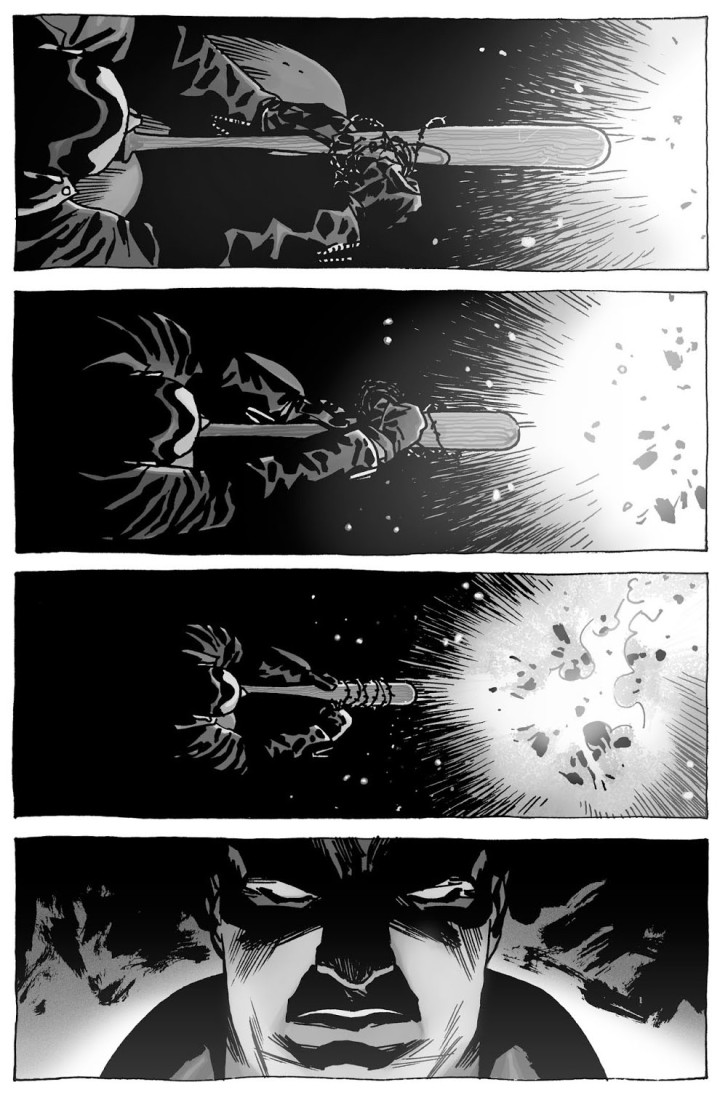 Before Negan was a skull bashing, savior leading jerk who bragged about his junk, he was a ping pong playing, high school gym coaching jerk who made fun of his students' junk. His wife, if you hadn't figured it out by now, was named Lucille. Negan was having an affair with another woman, but ended it when he found out his wife had cancer.

Choosing to be with his wife in her final days, he showed us the side of Negan that I really think TWD fans need to see. He took her out for ice cream, and cried in public. 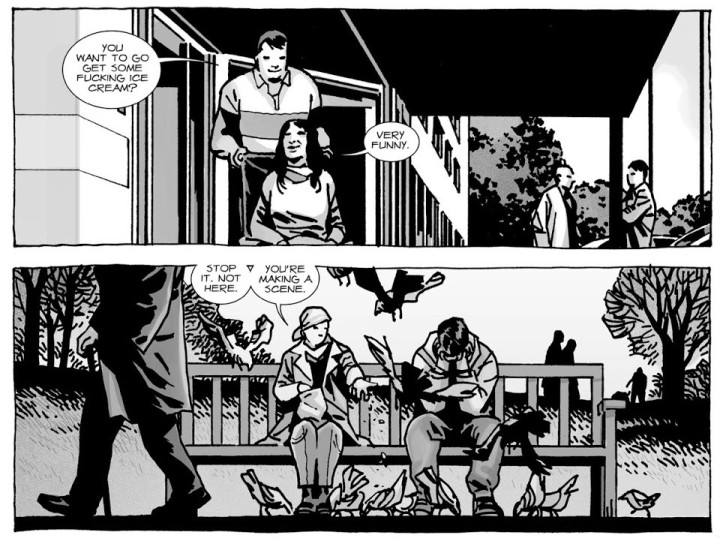 He was in the hospital with his wife when the world got flipped turned upside down. 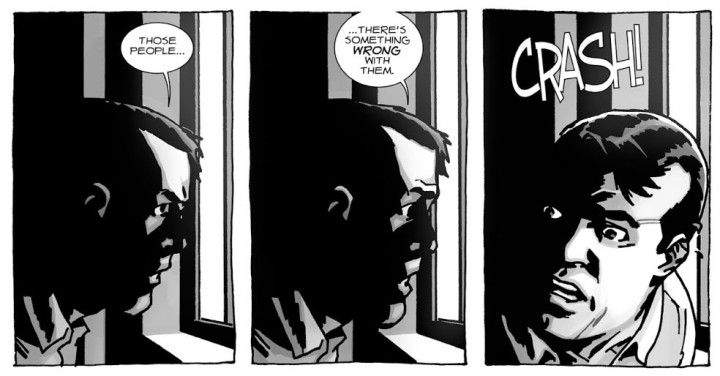 And when his wife died of his cancer shortly thereafter, he had to have someone else put her down. In the time following that, Negan did what he's best at; surviving. But he lost damn near every person he met on his path to becoming the leader of the Saviors. Until, that is, he met a guy named Dwight. 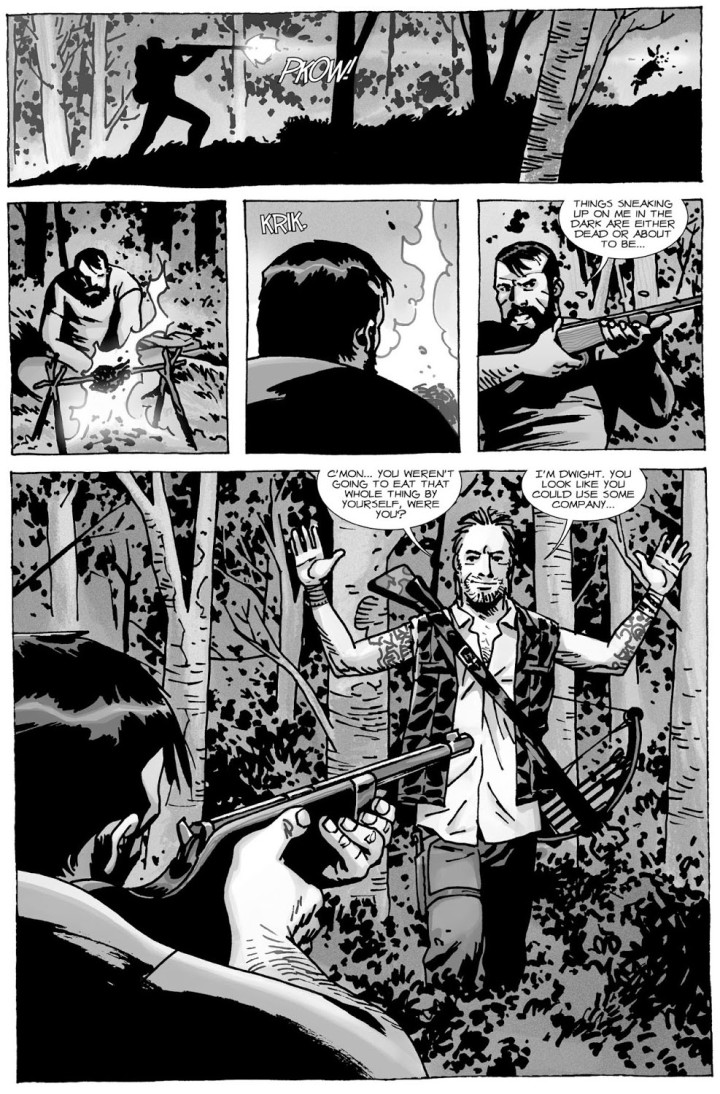 And the rest is HIStory.

Yeah yeah, I know, I stole that from Michael Jackson.

Now that you've replaced Scott Gimple as showmaster, give us Negan's backstory. Give us “Here's Negan!”

Backstory for Negan, or no? Let me hear it on Twitter!

That's right, I didn't start watching GoT until Season 6...what you gonna do about it!

See all posts by Sam Plank →