by Laura Millett 11 months ago in urban legend
Report Story

The Rose and Crown Inn 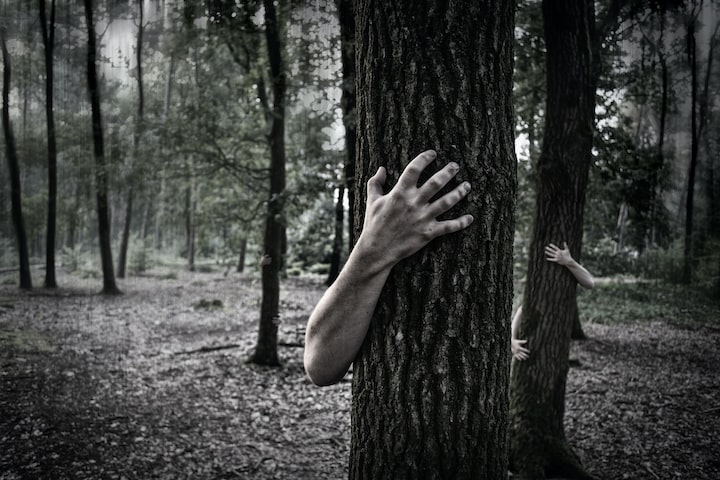 Photo by Simon Wijers on Unsplash

Have you ever had that feeling of instant regret? When you travel somewhere and try to blend in with what the locals do but one action, no matter how slight it is, seems to cause a flutter of mumbled words. Or it could be when choosing something new on the menu, everyone’s eyes are fixed upon you, judging that the decision would later be regretted. That is how Taylor felt when arriving at The Rose and Crown Inn, on the day of The Summer Solstice.

It is true to say we would normally associate haunted happenings with the cooler months, with shorter days and chilled nights; it’s easy to forget the activity that heat brings. Taylor spoke to me about Thursday 21st June 2018. He remembers the day specifically. The Summer Solstice.

Taylor and a few friends, Mark, Jacob, and Laura headed to York for the celebrations. The air was electric. Intensified by the upcoming solstice. The friends had planned a glorious long weekend. It would be filled with fun, ghostly stories, and one too many glasses of cherry wine. They arrived shortly after 3pm and checked into the inn. Luggage was quickly placed inside their home for the next few days. The Rose and Crown Inn had stood since 1335. Originally named The Crown Inn, it later showed its allegiance for York with a simple white rose. A perfect place, to start the celebration with a few drinks being gulped quickly inside The Rose and Crown Inn.

Swiftly after, the four friends made their way around the small village. Visiting everything from crystal shops to tarot card readers. As the evening went on so did the drinking, until it was time to watch the late-night fireworks explode in the sky. One more round was had before they knew it was time to call it a night. Collapsing into the four separate rooms; Taylor, Jacob, Mark, and Laura settled in for a long sleep. The next day at breakfast Taylor noticed something wasn’t quite right.

‘I think we should leave today, we’ve had the solstice now,’ Laura suggested.

Without any argument they finished what was left of breakfast and headed upstairs to grab their bags.

‘You’ve paid upfront for four days? I’ll see if I can get you a refund,’ the receptionist who booked them in knew not to question this further. Taylor politely declined the refund and thanked the receptionist for all his help.

No one spoke a word on the journey home. An eerie silence fell on them all. It wasn’t until two days later that the four friends met up at Taylor’s home. He knew there was something wrong.

Laura went first. Throughout the night she was awoken several times after having the same repeated nightmare. Laying in bed her skin would bubble. Huge boils would spread across her skin until with one scratch across her back, they would burst covering her in blood. The final time she woke up. A man stood hovering over her, covered in the same boils. The putrid man grunted flipping Laura onto her stomach. As she screamed a burning sensation ran down her back. As Laura stopped speaking, Jacob confessed. He had the same experience. Lifting up their tops slightly revealed three deep slashes down their spine.

Although in shock, Mark continued with what had happened to him. Mark couldn’t sleep when they got back to their rooms, it was too hot. Instead he browsed through social media. Half way through watching a video his phone screen went blank. Thinking the phone had lost charge he grabbed a charger. After a few hours of watching various documentaries Mark had fallen asleep. That’s when the scratching noises started at his window. Thinking it was the branch outside, he went back to sleep. A cold breeze of air woke him up. This time he could see what was causing the scratching noise. A woman stood weeping as her nails clawed at the wooden window frame. A faint murmur of ‘help me’ could be heard. As Mark slowly got out of bed the woman dressed in a white chemise gown screamed as she ran through him. The room was silent.

Finally, Taylor began to explain his reasons for leaving early. Taylor fell asleep straight away when they got back to The Rose and Crown Inn. At about 3am he was woken by a loud crash. Dashing out of bed he began to look around. Nothing was out of place. As he got back in bed, a laughter could be heard outside. Peeking through the window he saw three young girls and a boy all holding hands in a circle. They started to sing.

A pocket full of posies,

We all fall down.

As soon as they sang down, all four stared straight up at Taylor and continued to laugh.

Naturally, Taylor, Jacob, Mark, and Laura wanted to understand what had happened to them. Upon further research Taylor had found some terrifying information. The Rose and Crown Inn did date back to 1335. By June 1348 The Bubonic Plague had reached London. Summer Solstice 1349 it found its way to York. The landlord of the pub at that time had been one of the first struck with it. His family watched on as the boils broiled his body, screaming in agony. The landlord’s wife was terrified she and her three daughters and son would face the same end. So instead, she waited until the Summer Solstice had been celebrated before poisoning her children’s drinks. Ensuring that they were dead, she poisoned herself.

The Rose and Crown Inn is a year-round busy place. Except for the solstice. Residents know to stay away. However, there is always some unlucky tourist who meets the family that haunts the inn every summer.