The Story of a Psycho

a little life of moral disorder 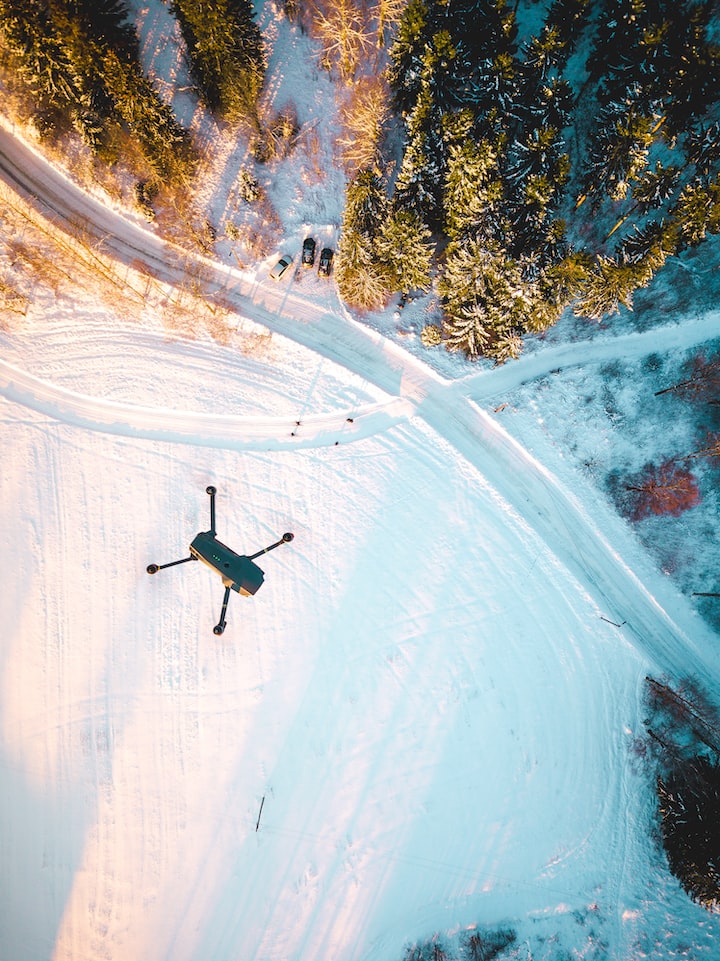 Photo by Erik Odiin on Unsplash

Project Scorpio Maze was the last experiment by the Military-Industrial Complex, the god of our world, sometimes gossiped about in its era (for even among the proletariat today persists a healthy skepticism) in whispers on our regulated and wild Internet that has finally subsumed reality. Half of what we know about this experiment originates from a mysterious package that was delivered by a drone to a Mr. Oleg Ceksin. All we are willing to publish now regarding this Oleg (we like to refer to him by his first name, although none of us ever truly related to him on a first-name basis) is that he was a traitor, a category not entirely atypical, nevertheless he wasn't just subversive and abnormal but lost as well, a type of subversive whose confusion and disorientation made him wonder if his nation and empire weren't actually in the right and thus, at least occasionally, compelled him to identify with his side instead of with the enemy. Project Scorpio Maze, likewise, began by questioning everything about our empire and its (supposedly imperialist) actions; the most marginalized of top-secret departments, it had to resort to wining and dining and imploring sundry millionaires for favors, and it shamelessly adopted the role of parasite, yet when the experiment was finally dissolved, its value to our empire turned out to be priceless. But throughout its lifetime, of course, Project Scorpio Maze had been considered the most eccentric experiment in our empire. Allow us to emphasize that this project was not an example of subversion--the majority of traitors are self-destructive and incompetent--but of guilty self-analysis, and of a unique, stereotypically Western style.

Oleg Ceksin had been employed six times for three separate projects: MK-Ultra, Project Blue Book, and then beginning at the age of 59-years-old, Project Scorpio Maze. Oleg Ceksin's first job was with the retrospectively infamous Project MKUltra where he was tasked with trying to find people who possessed psychic powers like precognition, remote viewing, and psychokinesis. Exactly how he happened to discover so many freaks, and genuinely supernatural ones at that, and even dangerous demigods, amidst a population largely unaware and ignorant of these realities, was a mystery no one, not even the most educated and intelligent bureaucrat, was able to explain. Of course, you might question my certainty regarding paranormal phenomena that you yourself may have little or no familiarity with, but actually seeing someone move a house around with nothing but the power of their mind is apt to change one's mind even if you try to rationalize it and explain it "scientifically;" seeing the handless ghost of a dead nurse from the 19th century running through a hospital corridor and then right through your body makes you see everything else differently too: you start to appreciate and perceive the world more profoundly, and you no longer fear things, people, or events as much as you once did; and if some fear continues to linger in your mind, then it must be because you haven't seen all the things I've seen -- perhaps you've only been graced with the privilege of witnessing one small corner of this vast, uncanny painting. These are truly paranormal phenomena I'm talking about, and not what might be accurately referred to as the hoaxes and scams of con-artists that have been perpetrated on the naive or desperate of almost every conceivable demographic.

Similarly, Project Scorpio Maze's bureaucracy was either infiltrated or mismanaged by greedy frauds who contributed to the project's ultimate downfall. Maybe Oleg could have chosen a better path to his inevitable death, and perhaps he would not have had to die how and when he did at all, were it not for the immoderate breadth of resources and time he sacrificed in vain, but he indulged the delusion of wanting to relive his glory days without realizing that the new era of government experiments seemed to reward conformity and kissing ass more than anything else, definitely more than competence, integrity, and honesty. Acrimony helped contribute to the toxic work environment where Oleg was already called a "traitor," not to mention "Eurotrash." And regarding "The Project," it was among the important and likely most cherished projects of his life, this peripheral existence invisible to the vast majority who live in the sheltered or necessary ignorance imposed by governmental decree, for few among us have the temperament and ruthless amorality sometimes required for these top-secret positions where any show of incompetence, lack, or heterodoxy can prove fatal. With regard to utilitarian ideals, they appear to have informed his experiments and research much more than deontological or Kantian ethics, so that consequentialism eclipsed absolutism. This pragmatic utilitarianism rationalized the circumvention of certain quaint and antiquated rules regarding privacy and literal mind-reading, and he decided we do not need anyone's consent to read their thoughts, especially when people's lives are at stake. Oleg's new invention, Brain Network, offered anyone using it the ability to experience, in their own minds, the motivations, thoughts, and intentions (including the murderous and genocidal ones) of any individual or government in the world.

Although his invention is a godsend for national and global security because of the unparalleled power it grants, its use was temporarily perverted by Oleg and some of his comrades. Since his initial experience using Brain Network, he became more psychopathic and monomaniacal. Even though Oleg's performance gradually improved so that he aroused both envy and thankfulness from his co-workers, he also became the object of pity and ridicule more than he had ever been prior to his invention. It became an addiction, above all of his past addictions to booze and sex, since this veritable Pandora's box offered the possibility of experiencing almost any thought, idea, emotion, or vision, ranging from pathos to bathos, the banal to the sublime, empathy to pity, all in luxurious, agonizing detail. The first time he used Brain Network, he experienced the following thought or feeling: The Belarusian language is dying. Perhaps this could have sent him down the path of exploring Russian imperialism, including the cultural imperialism of its language displacing the native languages of other nations, but instead, Oleg and his anti-American comrades became obsessed with the point-of-view of our enemies. Oleg, in particular, ended up going so far down this path that he started to elicit more attention from bonafide patriots who shared the conviction that we must tear his shit down. One day he heard thoughts of a plot against him, a plot to frame him. Oleg panicked and ran away, abandoning his invention. He eventually settled down in Novosibirsk, Siberia, where the CIA tracked him down and discovered Oleg was living by himself in a claustrophobic bourgeois mansion. On a 5" by 5" pink sticky note, which was attached to the package delivered to him by a drone, were written the following words: You are a closeted homosexual racist incel, so the Military-Industrial Complex is tasked with the responsibility of exposing you to the world, unless you do what we tell you to. The whole world is turning into the Internet. There's nowhere you can hide, and your invention, Brain Network, ensures that we'll always know what you're thinking and where you're going. He flipped through the pages in the thick package and learned how his invention had helped create a new network of telepathic traitors and subversives inside Russia, one that could overthrow the oppressive, wartime regime. A torrent of thoughts flooded his brain -- a deluge of telepathic communications amongst Russians who secretly desired a different government. He didn't just hear their thoughts: he also felt, understood, and identified with them. You might die. This is a dangerous mission, but the whole world is counting on us. Now bring the package in the box to Lenin Square. Oleg took the tram and couldn't help but notice that some sort of bizarre "Vladimir Parade" was underway. The thoughts told him what stop to get off at. The crunch of cold snow on the ground. He started running, his soul overwhelmed by a profound sense of unease. Unbeknownst to him, a weaponized drone was flying high above him and ready to kill. The calculated drone strike turned him into something more shocking than Picasso's Guernica or Francis Bacon's Painting. The horrors of war: blood, appendages, genitals on the snow. But what if the flesh and blood--the life--he sacrificed on the altar of his demise will ultimately revive the science of paranormal investigation and research for centuries to come?

More stories from MALE AMATEUR and writers in Horror and other communities.