by Bond Wang 2 months ago in supernatural

He asks for an orange and is rebuked. Then…… 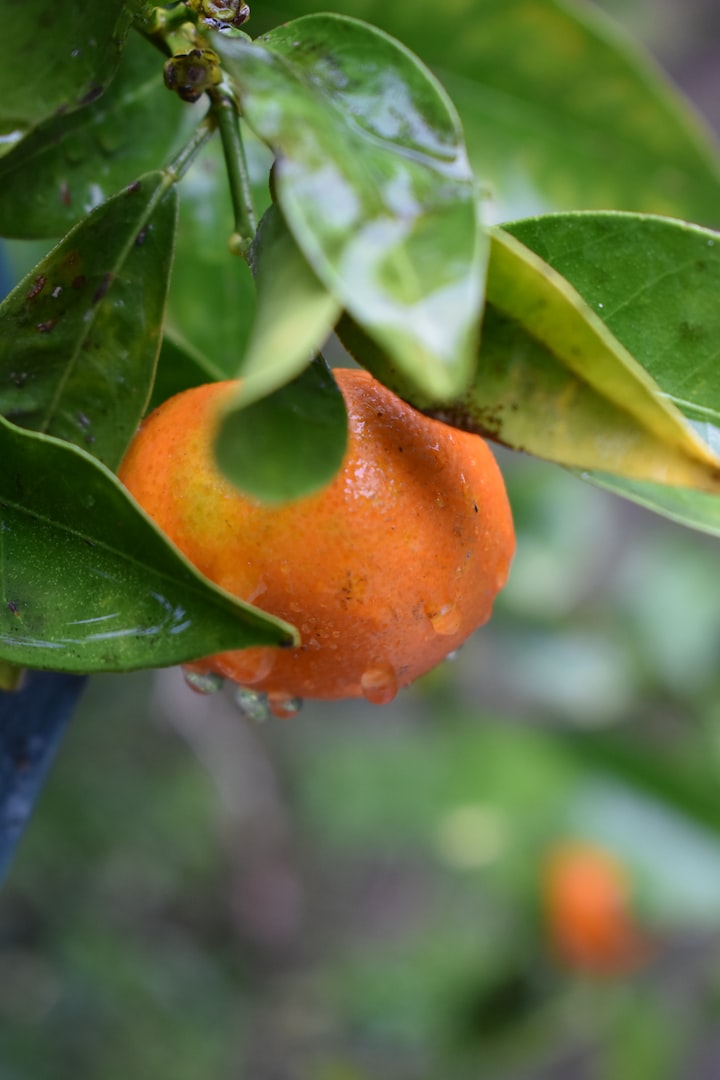 Photo by Janine Robinson on Unsplash

Marc Ramirez comes to the market in the early morning to sell oranges. He parks his farm wagon along the street, leaves the oranges on it, tethers the pony, looking to a busy day.

He has been selling oranges at the market for years. His family owns a little orange grove. His oranges are sweet and juicy. He is also known as a tough businessman.

An old man comes to Marc’s wagon, begging for an orange. His heavy coat and hat look a bit absurd as the weather is already hot. More strangely, he is covered by thick dirt. Although beggars are poorly dressed, he looks like he just climbed out of a grave.

As he does all the time, Marc chides the beggar right away, trying to scare him off. But he sticks around. Marcs gets angry, comes up to push him.

People on the street try to stop Marc.

“You don’t have to be harsh to him. You have got hundreds of oranges on your wagon. Giving out one is not a big loss.”

“Give him a small one. He will leave you alone.”

But Marc stays frantic and continues to shout to the old man.

Finally, a businessman down the street comes up. He buys an orange from Marc, hands it to the poor beggar.

“Thank you so much for your kindness,” says the old man. “I will invite everyone on the market to have oranges today.”

“So you have your own oranges? Why would you beg Marc then?”

“I need one for the seeds,” says the old man.

He peels the orange, throws the pieces into his mouth. Soon he has all the pips in his palm. He lingers along the street, finding a blacksmith shop nearby, in front of which lies a large yard. He gets into the shop, borrows a shovel. Then he steps to the center of the yard, digs a hole, before planting the pips. People are getting curious. A circle is formed around him and keeps growing. He doesn’t seem bothered at all.

“Can someone give me some water?” after he’s done he asks the onlookers. There is a chef in the crowd. He is a nasty guy. He goes back to his kitchen and comes back with a kettle of boiled water, the steam still wafting.

Again the old man doesn’t seem bothered. He pours the hot water all over the hole.

Si~~a cloud of smoke and ash spurts out. Whoa~~ the onlookers give a loud cry.

Before all the noises are settled, a little bud comes out of the hole. To everyone’s astonishment, it quickly grows into a big tree, then blooms, bears fruits, ripens. In a few moments, hundreds of oranges hang on the branches. They all look sweet and juicy.

The old man picks an orange from the tree, gives it to the man who bought him the first one. The man takes one piece. “Wow, it’s sweet!”

As nimble as a squirrel, the old man keeps picking, throwing to the crowd. In a few moments, all the oranges on the tree are gone.

Then he goes to the blacksmith shop again to borrow an ax. He quickly chops down the tree, grabs the trunk, drags it along the street. It’s a large orange tree, but the chopping labor is effortless for him. It seems to bear no weight as he drags behind him like dragging a cane.

He turns to the road out of the market, disappears.

Everyone on the market is drawn to the yard when the old man is growing the orange tree. Marc is there, too. He even got an orange from the old man. After the old man leaves, he walks back to his wagon. To his great surprise, his oranges are all gone!

He runs close and sees the worse. One of the shafts on the wagon is gone. It seems to have been cut off from the base, the cutting face still new.

“He stole my oranges!” he realizes it and turns back to chase the old man.

He turns at the corner where the beggar turned, but he is nowhere to find.

He notices the dragging marks on the ground. It’s the orange tree. He follows through. They drag a long way, before entering a cemetery. After a couple of turns, it stops in front of a tomb. The dirt on the top is still new. It must be a newly buried grave. A tombstone stands there, looks very new, too. It reads:

He died six days ago.

At the foot of the headstone lies a long wooden shaft, commonly used by the horse-drawn wagons at that time. One of its ends shows a cutting surface that is still very new.

Hey, I write about life, culture, and daydreams. Hope I open a window for you, as well as for myself.

Receive stories by Bond Wang in your feed
Bond Wang
Read next: The Thought of It