A little less than a week ago, Issue 167 of The Walking Dead comics was released, depicting one of the most shocking deaths to take place in the comics in quite some time. Andrea died after having been bitten by a walker in Issue 165. The bite came when she fought off a horde of walkers to save Eugene but wound up getting bitten in her escape. Her last moments in the most recent issue were spent with Rick...right before he put a knife through her reanimated head.

In the end, Andrea's death was shocking but there is another surprise for us regarding her character: She was originally expected to live much longer—but in #TheWalkingDead television series, not the comics.

Apparently #LaurieHolden, the actress who played Andrea on the TV series, was signed on for eight seasons but was mysteriously given a sudden notice of her character's death in the Season 3 finale. At Walker Stalker Con, Holden talked about the shocking notification during a panel. The sudden news came as quite a surprise to the actress for a few reasons:

"I was supposed to end up with Rick. I was supposed to save Woodbury on a horse, and I was buying a house in Atlanta. (Then) I got the call at 10 o' clock the night before, while I was shooting, from the showrunner who is no longer a part of The Walking Dead, saying that they couldn't write the episode and that he was killing my character." 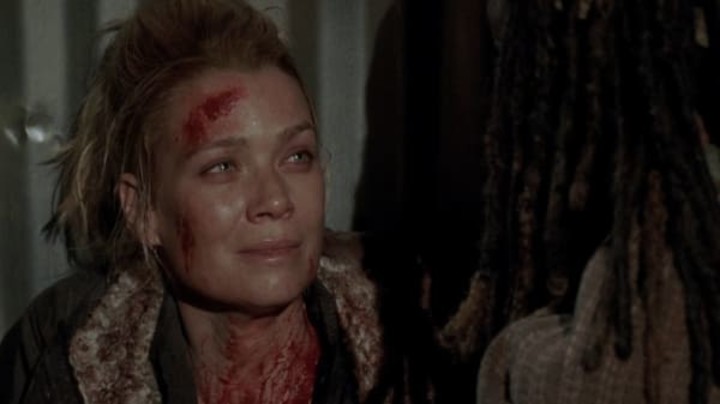 So it seems like Holden initially had a big future planned for her on The Walking Dead. It's strange to think the Richonne relationship was never supposed to have happened, though Michonne did eventually take over Andrea's part on the show as a member of Rick's group and love interest.

So it seems like Holden initially had a big future planned for her on The Walking Dead. It's strange to think the Richonne relationship was never supposed to have happened, though Michonne did eventually take over Andrea's part on the show as a member of Rick's group and love interest.

As Holden mentioned, Andrea was also set to save Woodbury from the Governor, adding reason to believe the main group of survivors originally was to find refuge at Woodbury before venturing to Terminus.

In addition, Andrea's #TheWalkingDeadcomics counterpart played a pivotal role in Rick's army when they went to war with Negan. Had she not suddenly been cut from the show, we have enough evidence to say Andrea would likely still be alive on The Walking Dead.

How Would That Have Affected Michonne's Role?

Apart from Andrea's role on the series, we also need to consider how it would have affected Michonne's story had Andrea survived past Season 3.

In the comics, Michonne wound up becoming not Rick's, but Tyreese's love interest while at the prison. She later found comfort in Morgan's arms after Tyreese died. After her time with Morgan ran its course, Michonne found further love with Ezekiel when he presented himself to the group. So the version of Michonne we could have gotten might have been more preoccupied with her love-life than keeping the group safe, had Andrea been the one to stand by Rick's side instead of her.

Was the Walking Dead Supposed to End After Eight Seasons?

Aside from her character's death, Laurie Holden mentioned something else quite interesting about her contract on The Walking Dead, mainly that she was supposed to be on the series until its end.

"Well, I had an 8-year deal. I was supposed to be there until the end."

Her words seem to imply that The Walking Dead was originally slated for an eight-season run. As it stands, the prospect of ending the series after #TheWalkingDeadSeason8 seems incomprehensible. But at the time of Holden's signing, eight seasons might have been the story arc that was planned. So when is the right time to end the series if not in the eighth season? 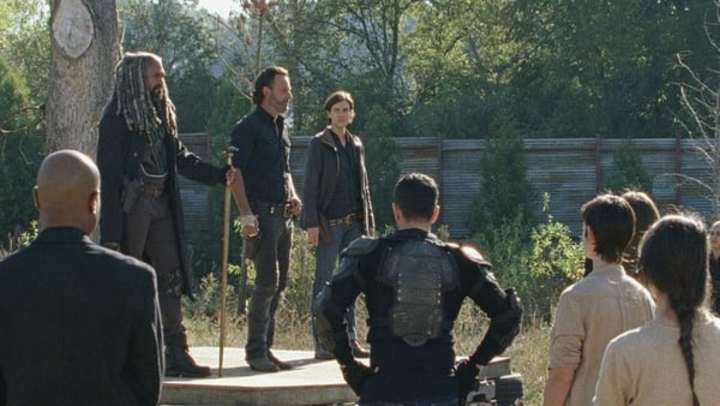 No one wants The Walking Dead to end but no one wants the series to turn out like every other television that outstays its welcome, either—no one wants a repeat of Lost. TWD can avoid falling into that trap by closing out the series at the right time. That said, it'll be up to the production team to determine when it's time and that may not be for another two or three years considering how the current story being put into place could justify at least two more seasons.

When do you think The Walking Dead should end? And do you think Andrea should have been kept around longer? Leave your thoughts in the comments section below.