The Legend of Currie Mountain

This is based on a real ghost story from my hometown in Fredericton, New Brunswick. Enjoy! 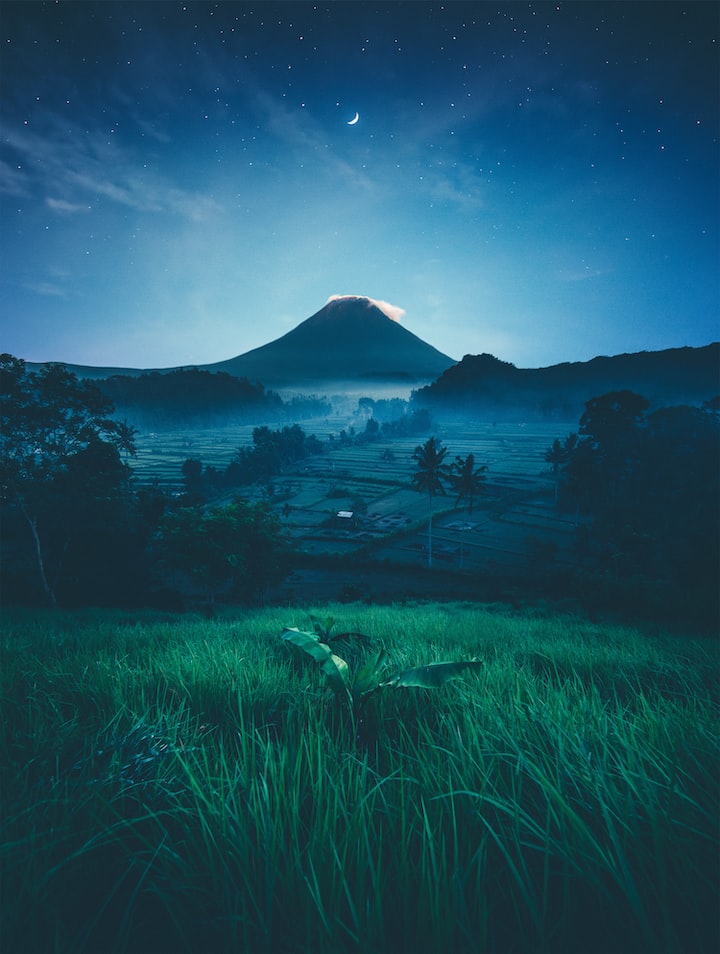 “Bill, hold on… You know the stories about this place. We shouldn’t be messing around with it…”

As the boys got closer, the old, dilapidated, wooden hunting cabin creaked in the wind. Terror filled them and they run back to the safety of the treeline. Peaking their heads around the large oak trunk. Shadows clawed their way across the moss-covered forest floor. Obscuring the side of the old building. The candle flickered intently as the boys watched from a distance.

Andrew, Bill’s brother, straightened his wire-rimmed glasses with his clammy white hands, leaving unpleasant and annoying smears across the lenses. The young teen shrugged the leather strap that attached to his heavy musket over his shoulder, repositioning it.

“Shut up Andy, you scared me.” Bill nudged his lanky twin, almost making him fall to the ground. The sun was low behind the Forest on the opposite side of the Saint John River. Currie Mountain was almost covered in darkness the boys looked back through the copse of deciduous trees as they shook in the cold autumn air.

“Let's go home Bill, it’s getting late and we have to make it back down the mountain before it gets too dark. Forget it.” Andy said pulling on his brother's jacket.

“Okay okay, let's go see the hole first. They say there's a treasure in it. I heard Pirates sailed up the Saint John and brought it up here to bury it. Then, when they finished digging, they killed the weakest one leaving the blood-covered sword with the treasure… I want that sword!” Bill whispered excitedly, “We're so close! It’s right there!”

“Yea, but the sword is supposed to be cursed, Bill! Anyone who speaks near the hole will awaken the Pirate’s Ghost and it will kill them! What if someone had already come up here and woke it up, what if that's why the candle is there… Plus, Mom and Dad will be home from the market soon. If we aren’t home when their carriage pulls up, we will be in so much trouble.”

“It’s fine Andy, it’s like a 20-minute walk and we have the musket. We just tell them we were hunting. I will take a quick look and then we will go. Joshua said someone had already come up here and dug for it. I want to see if it's true.”

Bill pulled the brown cotton and wool coat his mother had made for him tight around his neck, a chill blew up through the trees of the Mountain as he moved slowly toward the run-down cabin. Andy reached for Bill’s shoulder out of instinct, attempting to stop him. Bill shrugged it off and crept closer to the structure while Andy readied the weapon.

There was a sudden rustling in the trees that put Andy on edge, he knelt and pulled the brass butt plate tight into his shoulder. Straightening his glasses as sweat poured down his drained face, the boy took aim pulling back the powder striker.

“Come on, Bill! Hurry up, there’s something in there!” Andy whispered loudly, Bill waved him off as he disappeared around the corner of the cabin.

There was more movement in the trees beyond. Andy quickly took aim, breathing heavily. The Musket end swayed back and forth with every exasperated breath the kid took. The world around him went silent as he focused on the corner of the run-down building, had he seen someone moving?

“Ah, it's all fake! Let's get out of here…” Bill came around the opposite corner, yelling over to Andy…

Crack! There was a great plume of smoke. Bill’s eyes grew wide, it was like everything slowed down. The air around them was permeated with the stinging sulfur smell of the ignited black powder.

Bill saw the heavy lead ball fly from the end of the barrel in a brilliant flash of sparks and fire. He watched as it sliced through the air and slammed into his chest, his breast bone broke under the pressure of the shot. The dying boy began to gasp for breath, falling to one knee and clutching the spot where the musket ball burned its way through his skin and insides.

Andy watched as Bill fell face-first into the dirt, looking at his crimson-soaked palm. Andrew tossed the weapon aside and hurried over to Bill, trying to pull him up from the forest floor.

“Bill… hey Bill… wake up… please. I’m sorry, I panicked and just shot.” he clutched his brother close to his chest. “William, come on… We have to go. Will... Please.”

Andrew looked up, salted tears streaking his cheeks as a man with long white hair and a sunken black face, limped towards them.

He seemed to be dressed in old white and black sailor's rags, a tricorn hat, and a long coat with the worn-out and dirty colours of a British Lineman. A rough and cracked leather belt was cinched tightly around the waste of his grimy white leotards.

“Help please! I shot him! I didn’t mean to!” Andrew yelled to the man.

The old sailor kneeled in front of him, placing a sword covered in dried blood into the dead boy's hands. He opened his mouth and rasped, but he had no words or tongue. A twisted smile crossed his face as he stood back up and moved away.

“What are you doing to him!” Andrew yelled, The old sailor laughed in silence as his form shimmered and slowly vanished into the darkness. Bill’s body began to shutter and twitch violently as if he was having some sort of seizure.

The boy's form began to fade from Andrew's arms. Quickly, he stood up and backpedaled in fear, watching as his brother's body was dragged underneath the brown and green soil by an eruption of roiling roots and thorny vines.

Suddenly, there was a great howling gale that shook through the trees, the mountain rasped in laughter all around him. Then, the candle in the window blew out, leaving a young boy with a pale face staring back at Andrew through the dirty pane… Andrew's eyes grew wide.

Bill’s ghost pushed its way through the cabin wall, melding in and out of the wood like some sort of ethereal goo. He stood a moment, staring at his terrified brother. Andrew stared back,

“Bill?” he muttered. There was silence.

Then, Bill sprinted towards Andrew with the bloody sword high above his head. A crazed look crossed his face as he swiped viciously at his terrified twin.

Andrew fled in terror. Never to return to Currie Mountain.

An Archaeologist and aspiring Doctor, I am a part-time writer from the East Coast of Canada. Written multiple plays, poems, and short stories.

More stories from Nicholas R Yang and writers in Horror and other communities.