The Kelpie of Star Bay

by Matthew Hill 15 days ago in halloween

Legends of the Bay 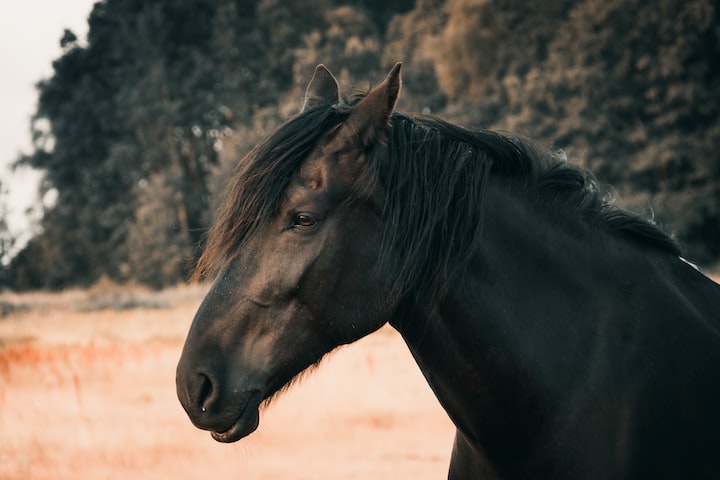 Photo by Axel Holen on Unsplash

It is your 13th birthday. How happy I was to here that your birthday falls under the same day as mine in October. Your father tells me, that you and your friends will be participating in ghost stories by the bayside at the cottage fireside on Star Bay. So, he asked me to send you my recollection of any local ghost and faery stories. So I am recalling one that I actually experienced, along with a birthday gift, which I will explain at the end of this letter.

We had all heard the faery stories, growing up on Star Bay. What 19th century village didn't have its local legends. There were the brownies, who were elven workers, and if you left food for them on your doorstep, they would clean your garden, and protect your house. There was the Banshee, whose scream warned of someone's impending death. But then, there was one particular creature that the people of Star Bay spoke about by the hearth or the bonfires, and only as cautionary tales for children.

It was a concept from the old world of the Celts. My mother being Scots and my father being Irish, I heard many times about the Kelpie. The most dangerous of all the 'wee folk' legends. And until my 13th birthday, I had always thought of it as just that…A legend. It was a fable used to keep young children from playing near the waters at night, because, if you got too near the waters the Kelpie would surely find you. The Kelpie was supposedly a Shapeshifting faery of legend, and could take many forms, depending on their victims. For men, it was an enchanting siren, whose song was so beautiful, he could not resist. Or for women, a handsome man, who could perform feats of daring strength! But its favorite form would be the form of a black stallion of a horse.

For what child could resist riding a horse, in the full moon, along the white sands? Furthermore, when there are many children near the kelpie, it can contort its body magically, as if its hunger for human flesh, gives it the strength and drive to stretch its body out longer. Then the trap is set and the children are magically entranced to climb aboard its back for a ride.

For its skin is like the most powerful adhesive. Once it touches your skin, you are stuck like a spider in a web. With a score of children on its back, it allows them to drag more than one person beneath the waves of the unforgiving waters of the lake or river. Then it devours your flesh, like a dog stripping a steak bone.

How do I know this? My best friend Henry Maclean had convinced the lot of us to go out that faithful foreboding full mooned evening, of my 13th birthday. Because my birthday fell on the first full moon of "All Hallows Eve," in years, Henry believed it to be the perfect time to see if the Kelpie would ride. With me turning 13 and the birthday on the 31st, it was like a mirror of the supernatural world. It was the time of the year when the vale between the spirit world and the human world was at its thinnest. If we were going to see a Kelpie, this was the best time.

I have to say that Star Bay looked particularly beautiful that night. The moon reflected on the rippling waves. And the sand on Privateer's Point looked like the fairway of the Queen's Down Racetrack. And the moon reflected on the rippling waves shimmering brightly. You could see all the way across Star Bay to the Cathedral. It is funny, the steeple always appeared to me that night, like a marker to warn us of impending danger from Heaven itself. At first, we almost missed the dark image emerging from the depths of the waters. As it slowly emerged, it was as if the water lilies, and weeds were creating a statue of a horse out of the murky bay. But we could not see it completely, as some of the pine trees obscured the view of the image.

As we all looked at the trees to see if anything was there, Henry had been the first one to make out the mighty stallion form from the tree line. It began to gallop out of the wooded area across the beach. It looked like an escaped horse, when it came into the moonlight. In the back of my head, I knew it was no horse. But Henry was determined that it was a loose horse, from a nearby stable. And that we would get a reward for returning it to its stable. And if we were going to disproved the legend, we needed to catch the stallion and bring it back to town.

I noticed it had a bridle on the front of it. I was able to grab on it, once it got close to us on the beach. Henry grabbed by the mains and pull himself up on top of it. He was like a cowboy from the old west, and the look of determination, he had. Thereby, he had this strength to pull the other children on top of its back, to ride the horse. Once everyone, save myself were on its back the horse, it whinnied. Henry called to me to give him my hand. But something curious happened. I could not free the palm of my hand from the bridle. It was stuck. It was glued on. And Henry realized that if I did not get on the back of the horse, I would be trampled by him.

In a panic, I thrashed and pulled, but my hand would not come loose. As I was realizing my hand had become stuck to his neck like flies on flypaper, I remembered, thank God, I had my Bowie knife and was able to cut the bridle, and went crashing to the ground. But, as I rolled to stop and looked up at Henry and my friends, they too were stuck to the horses back. They were all screaming and thrashing. And the Kelpie's eyes were glowing red and fire was shooting out of its nose. It turned and started galloping for the waters. And as it did, I saw its head rotate, and it started thrashing at Henry, and tearing at him with large fangs. The others seemed to be enveloped into the Kelpie's skin. They screamed and fought to break free to no avail. They were all screaming, as the Kelpie dragged them all down into the water lilies. Then silence. I have lived this night over and over again, since then.

But that would not be the oddest thing to happen. The piece of Bridle, I had cut off, turned into a necklace of metal links, and detached from my hand. And days after I had returned, and a search party was sent out, an old woman told me that I had a Kelpie Bridle. She told me the silver was indestructible, however, as long as I had it, the Kelpie could not shapeshift into a pleasing form, and lure more victims into a watery grave.

Receive stories by Matthew Hill in your feed
Matthew Hill
Read next: With the Ocean