The History of Halloween

by Patience Colbert about a year ago in halloween

The Origins of the Spookiest Holiday

Halloween has been around since ancient times. It all started with an ancient Celtic festival of Samhain, a celebration in which people would light large bonfires and wear an array of costumes to scare off ghosts and evil spirits. This festival marked the end of harvest season and the beginning of winter or "The Darker Half" of the year. This celebration usually went on from the October 21 till November 1. There were many festivals held like this one around Scotland at the time, some being even older than the Celtic festival of Samhain itself.

By 43 A.D., the Roman Empire had taken over almost all of the Celtic territory. While reining over the Celtic land for over four hundred years, the Romans combined their own two holidays with the original Festival of Samhain, causing a mix of both holidays to be celebrated by the Romans. The first day was Feralia, a day when the romans payed tribute to their dead. The second day was a day to honor the Roman goddess of fruit and trees, Pomona. Pomona's symbol was an apple, so the romans decided to incorporate the apple into their traditions. This is where apple bobbing most likely came from.

Later in the 18th century, Pope Gregory III assigned November 1 to be a day honoring the saints, later known as All Saints Day. Eventually, All Saints Day acquired some traditions from the Celtic Festival Of Samhain, such as huge bonfires and costumes, primarily based off of saints, angels, and demons. All Saints day was also known as All-Hallows or All-Hallowmas. (It was named this because in Middle English, Alholowmesse translates to All Saints' Day.) Later, the night before was then called All-Hallows Eve, and eventually Halloween.

The celebration of Halloween was severely limited in Colonial New England since the belief systems were so high there. But as beliefs of different European ethnic groups and American Indians combined, a distinct American version of Halloween emerged. The first known celebrations of Halloween were called "play parties," where people could come to celebrate the harvest, tell stories of the dead, have their fortune told, and even sing and dance. Colonial Halloween celebrations also included stories of ghosts and mischief making. Around the nineteenth century, annual autumn festivals became more common. Although Halloween was still not celebrated around the country yet. In the second half of the nineteenth century, a mass flood of immigrants came to America, helping to make Halloween and its traditions more popular.

Borrowing from the early traditions of dressing up in costumes on All Saint's Day and the Celtic Festival, Americans began to do so as well—but that's not all they did. When the Americans dressed up, they would go to houses and ask for food or money from the residents. A tradition that eventually became to be known as "Trick or Treating." Young women believed that on Halloween, they could view the name or appearance of their future husband by doing tricks with yarn, apple parings or mirrors. Later on people began to like tricks more, such as black magic, jump scares, and ghosts. At the turn of the century, Halloween parties and trick or treating became way more popular than beforehand. Both children and adults adored the holiday, and newspapers even encouraged parents to hand up scary or grotesque decorations in their yard on Halloween. Eventually the decorations shut down superstition and religious overtones by the beginning of the twentieth century. 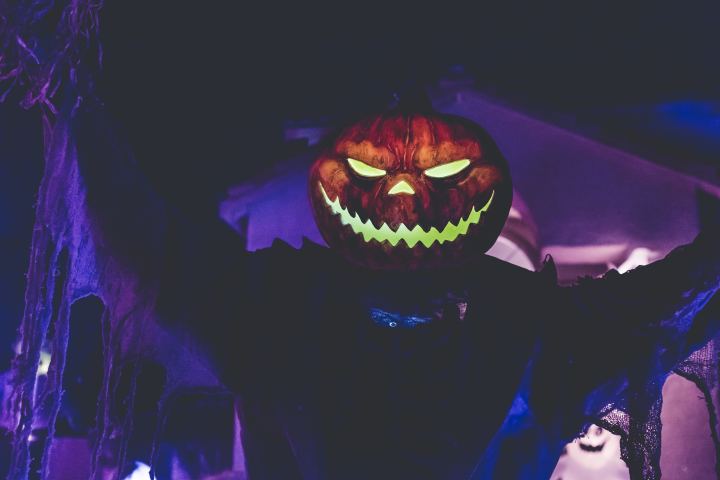 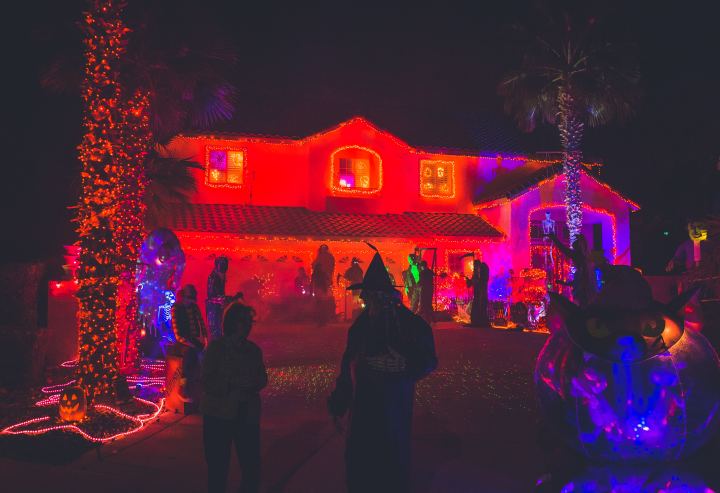 Halloween and Its Superstitions

Halloween has always been a holiday filled to the brim with spooky things and mysterious magic, not to mention superstitions! Some superstitions of Halloween include black cats, Jack-o-lanterns, and even witches. Black cats have a horrible reputation on Halloween. Some say they bring bad luck if they cross your path on Halloween night. This superstition originated from the Middle-ages when it was presumed that witches kept the black cats as pets. Some pet stores even go as far as to not let people adopt black cats on Halloween, in fear that they will be sacrificed. Jumping back to the Celtic times, there once was a farmer named Jack. That night Jack had one too many beverages and decided it would be an amazing idea to try and trick the Devil. Jack eventually got himself banned from heaven and hell due to his poor choices that night. He was doomed to stay in purgatory for the rest of his useless immortality, so he carved a lantern out of a turnip and used it to light the way to the purgatory. Irish farmers then started to use pumpkins with carved faces and lights to supposedly lead the spirits of their loved ones on their way. Way back when people decided it was okay to name a poor old widow woman a witch, they started doing it to every woman who resembled that. Basically if you were over a woman over forty with grey hair, a couple of warts, and some crooked teeth, everyone assumed you were a demon, a witch—someone who used black magic for their own good and would curse you if you even looked at them. Some women were even hanged or sentenced to death by drowning. Supposedly if you survived the drowning, you were a witch, but if you died, you were innocent. That didn't work out to well though because everyone who was innocent ended up dying anyways due to drowning.

This has been my history of Halloween, thank you for reading!

Hello there! I love reading and writing stories and essays. I adore horror and history subjects so that's probably most of what I'll be writing. I may only be fourteen but I still adore every aspect of literature.

See all posts by Patience Colbert →