by Beth Carlberg 12 months ago in fiction 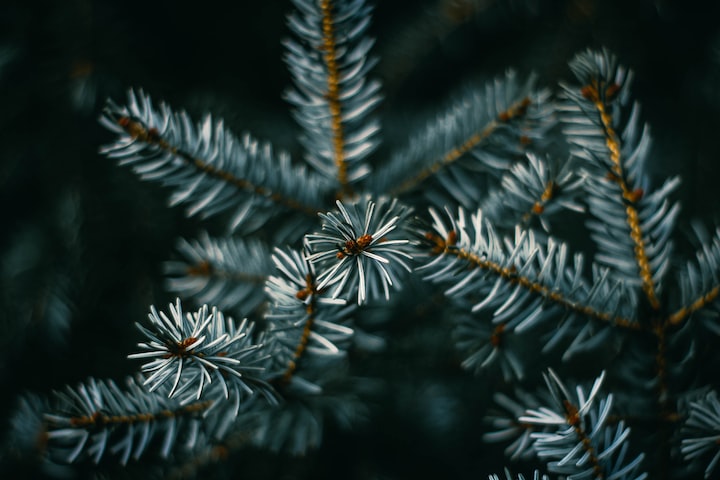 Photo by Constantin Popp on Unsplash

If you see the green-eyed owl, do not turn back on your path. Do not quicken your step, though your nerves thrum with fear. Do not look behind you for the owl, for you will not hear the great, silent wings. You may catch a glimpse of its feathers in the moonlight, pale as snow, in the corner of your eye. But do not look directly at it. Do not stop. Do not turn back. Do not take a shortcut. Keep your eyes on the ground and walk steady. Those who do otherwise never find their path home.

The travelers from afar laugh at the story of the green-eye owl. They say their woods are full of feral wolves and cunning trolls, a few even have a power-mad wizard or a child-eating witch. They think the owl will not come for them; its arm-length talons will not shred them. But those who laugh the loudest are usually the ones who never return. Perhaps, some of them reach their destination on the far side of the mountain safely. But my mother thinks many more end up simply disappearing in the dark folds of the woods, never to be seen again.

My mother has seen the green-eyed owl. She is one of the few who saw it and lived. Even then, she did not see all of it clearly, which is maybe why she survived. She says she saw a glimmer of wings, felt the swoosh of cold air being thrust down on her, the smell of musty pine. The gust of wind from its wings almost knocked her off balance, as she was a small, ten-year-old. She did not see the glint of green, though, but she knew if she looked up she would. So she clutched her small basket close to her chest, took a few deep breaths, and kept going. As she continued further into the dusk of the forest, she continued to smell the pine, and felt churns of cold air on different sides of her. Though she heard nothing, she knew the owl followed her. She counted her steps and mechanically exhaled on each five, inhaling on the next set of five, just as her mother had taught her. It seemed to take a year, but finally she reached the forest edge and emerged into the fading light. Though she was tempted, she did not turn back for a glimpse of the owl. There was no law banning it from hunting outside the woods, so there was no reason to tempt it.

So few have survived the green-eyed owl, that my mother is considered half-sacred by most of the villages in the area. Even a distant lord, wanting to travel safely through the woods on a trading enterprise, sought her blessing before he left. He came with his young son and around six servants (which just seemed excessive to me), and requested my mother’s advice. I was around ten at the time, and sat near the fireplace mending a torn skirt. My father had died several years before, from a coughing infection, and this was the way my mother made much of her living. She would make poultices and warding bags for travelers; some healing mixtures, though these seemed mostly ineffective. But her warding bags had become renowned, not just for protecting against the owl, but also for safeguarding against trolls, faye, and even a wizard, according to one merchant. To me, the packets smelled like muddy pine needles, and seemed mostly useless. But my mother made me wear one, and I had yet to see the green-eyed owl, let alone a troll or witch.

The lord asked my mother how he should travel, how many servants he should take, what color his carriage should be, how much food he should pack, and all the fine details for his journey. Honestly, my mother had not been past the mountain, let alone the edge of the forest, where the lord was bound. She had no concept how long his trip would take, nor how much food he should pack. She did not hide this lack of knowledge under slow consideration, or long silences. She answered the lord simply, mostly telling him to consult with his steward and men-at-arms. But she did tell him that all members of his party should wear a warding bag on their belt or neck at all times.

“If one man loses his bag, all may be lost to the owl,” she admonished him. The lord begged for spares, which my mother granted him.

Thankfully, his journey was successful with not one traveler lost. The word of his success spread, and with it carried gossip about my mother’s bags. From then on, we lacked neither food nor business, and I no longer needed to patch my two-year-old dresses to last me another season.

There were of course rumors about my mother; the priestess muttered she was a witch to the other woman at the well on washing day. But even the priestess took a bag when she went on her yearly pilgrimage. Some of the lords came at night and alone, disdaining to even enter our house, and wrinkling their nose at the smell of the bag. They hid it under their shirts, but still clutched it tightly as they left.

When I was thirteen, I asked my mother what she put in the bags. She had never shown me and didn’t seem keen on it now. I told her that I would need to know how when she died, or her fingers simply curled and ached with age.

“I don’t know if they will work for you,” she muttered back at me and sighed.

“But they say I have the same green eyes as the owl, so it will be frightened of me as well.”

“It is never scared. Of me or of these bags.”She sat with her back to me, leaning towards the hearth.

“Then why do they work?”

She shrugged. “I place in the bags the seven same things I carried in my basket that day. Everyday things most people have. And a sprig of a certain type of tree. I bless it with the Traveling Prayer. There is no magic to it.”

The next day she showed me what she put in the bags: crumpled up rosemary, a few leaves of lilac, a small clump of sage, a tuft of dried, lemon grass, a shallot. She said the things could be dried or fresh, but preferably dry in order to last longer.

“What type of tree twig do you put in?” I asked, thumbing through the small pile of herbs, smelling their faint mixture. It did not yet smell like grimy, pine needles.

She sighed and went to her bed, pulling out a small, wooden box. “This is the thing I think makes the pouch work. Maybe.” She brought the dark box over, and placed it on the table, near the pile of herbs. “This...you cannot tell anyone about. They can open the pouch and readily find out what the other contents are. But this….is the potency.” Slowly, she slid the lid open. A dank, grimy smell wafted out.

I leaned over and looked inside. “Pine needles,” I nodded.

“Yes, but from a specific tree in the woods. It grows along the paths the owl seems to avoid. It’s a green mountain pine.” She gently lifted a stem, placing it on top of the herbs. She gently stroked it. “There is something about the smell I think the owl doesn’t like.” She shrugged. “Maybe.”

From then on, I helped my mother pack her bags and prayed the Traveling Prayer over them. We were busy that summer, for the almanac said the winter would be long. So many wayfarers went to trade early and often to stock up before the cold. Soon, we ran out of the pine needles. My mother had shown me which ones they were; they were a greenish-gray pine with black bark, growing small and squat. But they grew deep in the forest, in dark, empty corners. Only once every six months or so, my mother would venture out to gather them. This time, she needed to go sooner than normal, but she would not let me go with her.

It was humid the day she left, and the air felt heavy against my skin. She told me she would be gone for possibly three days, maybe four. No more than five. There were a few customers who came to buy pouches while she was away. They seemed just as ready to believe a bag from my hand was as effective as one from my mother. They did look into my eyes a little longer than needed, and some of them commented on their bright shade.

“The eyes of the owl,” one traveler whispered as he walked away.

The third day after my mother’s departure came and went. Then the fourth. Then the fifth, and the sixth. I wandered the forest edge, looking for her, but did not dare go too far inward, hoping she would return home from a different path. The seventh day passed. The priestess came to comfort me and offer prayers for my mother’s soul. The eighth day passed and I ran out of pouches to sell. I sat in the dark house and clutched her quilt to me. The ninth day came and I did not get out of bed, or open the shutters. I sat in the stuffy gloom and prayed over my pouch. The tenth night came. I heard loud scraping outside the door; it sounded like stones being dragged through the dirt. Trembling, I waited till pale glimmers of dawn peeked through the cracks in the window screens.

Stiffly, I rose from my bed and, dragging my mother’s quilt behind me, walked to the door. I eased it open a crack.

There in the dirt, her face blotched blue and purple, her jaw hinged open at a sharp angle, was my mother’s body. Her eyes had been pecked out; there were long, deep scratches all over her body, rips made by long talons. Sobbing and shaking, I slowly drug her body inside. I did not bury her; I did not kneel and recite the Lost Soul Prayer. I simply laid her in her bed, covered her with her quilt, and packed a traveling bag for myself.

When I see the green-eyed owl, I will look it in the eye. It will see my sage eyes and it will try to flee faster. It will turn back on its path and look behind in panic. It will hear my step and see the glint of my knife. It will try to take a shortcut and lose me. It will flutter and flap. But it will always see the glimmer of my eyes until the day it dies.

Beth Carlberg is a freelance writer, currently working on her first novel. She primarily writes fantasy and folk horror. You can view more of her work at https://www.wingsandwriting.com. You can also email her at [email protected]

Read next: Why I Hate Sleeping