The Ghosts of Halloweens Past

by Sorcha Murphy about a month ago in halloween

Let’s brush the cobwebs off of the superstitious traditions of Samhain and celebrate Halloween in a spooky, but safe way. 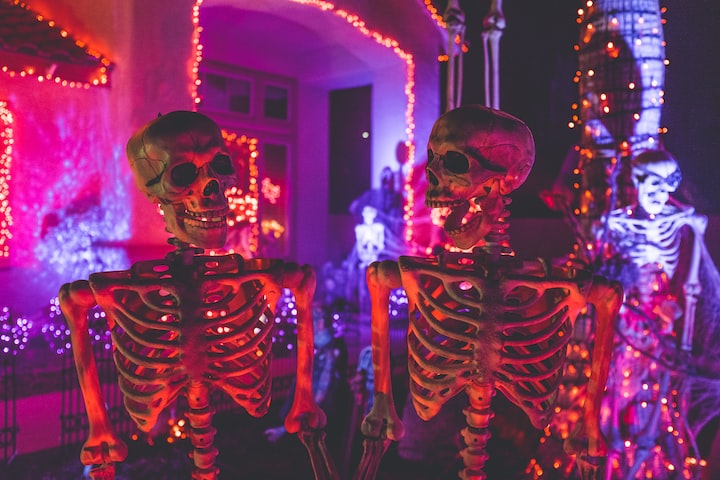 This Halloween most definitely won’t be the celebration that has become tradition to us, but that doesn’t mean it has to be lost. Halloween is so much more than mountains of sugar and litres of fake blood, it is spiritual, a little superstitious and a whole lot of fun. If we dive back into its history, coming from the Celtic tradition of Samhain (s-ow-in), we can find some fun, traditional and safe ways to mark the day!

Samhain is a 2,500 year old Celtic tradition that was, and in some parts still is, largely celebrated in Ireland, parts of Northern England and France that falls on the 31st of October. The day marks the end of the light season of summer, and the beginning of the dark season of winter - which always made survival more difficult due to the change in climate. However, with little knowledge of weather patterns, this change felt evil. On the 31st of October it is believed that the boundaries between the World of The Living and the World of The Dead become blurred, and so certain rituals are carried out to protect believers from the evil spirits that may be lurking.

On the night of Samhain, people dressed up in costume to deter the evil spirits from approaching them. Traditionally, people dressed up as animals and as we can see from the costumes available, this tradition has not been lost. I for one have dressed up as a cat more times than I care to remember and maybe even the Playboy Bunny is more on point for Halloween than we give it credit for! It wasn’t until Christianity began to seep into Celtic lands that we saw a change in the costumes worn. The church appointed the 2nd of November as All Souls Day in recognition of those who had passed away, and to celebrate parades were held through the towns. People were encouraged to dress up as biblical images rather than animals, with many dressing up as the Devil, a costume which has remained popular to this day.

Whether you are dressing up with friends and family, or just for Instagram, this is one of the easiest traditions to follow this Halloween!

As part of Samhain celebrations, communities lit bonfires to repel any evil spirits that may have surfaced. Historically, people sacrificed animals and crops to the fire in the hopes that they would receive an easier winter season as a result.

If you have the space to light a bonfire safely, this could be an easy and Covid-safe way to mark Halloween traditionally outdoors with your close community (social distancing of course).

Although Jack O’Lanterns aren’t a traditional aspect of Samhain, the concept is steeped in Irish Mythology and they share the common purpose of frightening off evil spirits. Before bringing the tradition to America, and the land of the pumpkin, Irish people carved ghoulish faces in root vegetables such as turnips in an effort to keep ‘Stingy Jack’ a man who manipulated the Devil, and other spirits that were forced to wander earth's plains forever away. People would leave their Jack O’Lanterns in their windows so that the creepy glow of the scary face would protect their homes, now it is more common to leave your pumpkin by your door.

Even if you don’t believe in its special powers, the process of carving a pumpkin is therapeutic and will definitely lift passer-by or cocooning neighbours spirits. Whatever vegetable you decide to carve, keep it traditional and make it a scary one! 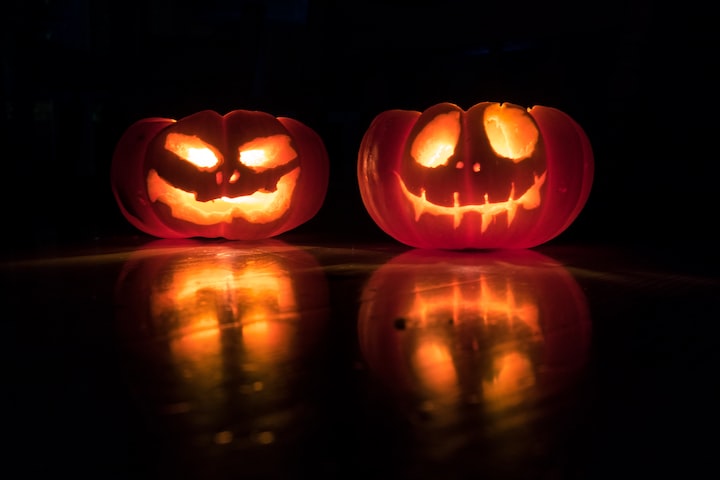 By David Menidrey on Unsplash

Irish immigrants of the Great Famine brought Samhain to America, where it grew into the Halloween we know today. There were many cultural shifts within Europe that lead to this change, starting with the name. Pope Gregory III moved All Saints Day from March to November 1st, the day is also referred to as ‘All Hallows Day’ and therefore deemed the 31st of October, ‘All Hallows Eve’ - see where Halloween came from?! Apples were never originally associated with the occasion, but as the Roman Empire grew into Celtic areas some of their holidays, such as ‘Pomona Day’ the day to celebrate the Goddess of Fruit and Trees, clashed with Samhain and symbols crossed over. ‘Trick or Treating’ was a phenomenon that began when the Irish first arrived in America and they went door to door seeking donations of food and money and later became a staple part of the holiday when American leaders believed it was the safest way for communities to celebrate the day, as parties were causing too much vandalism.

If 2020 has taught us anything, it is how to go back to basics and a simpler way of living. The 31st of October may be as symbolic for us, like it was for celebrants of Samhain before, as we head into one of the toughest winters we have yet to face. A little superstition and magic may go a long way!

Taking a different perspective to what life throws at me.

See all posts by Sorcha Murphy →