The Flat Above The Mortuary

by Jord Tury 10 days ago in supernatural

Two years we lived in that place. Two long and daunting years. To most, that's hardly enough to settle in and get a feel for the building. For my wife and I, however, it was two years too long. It was two years we will always remember for all the wrong reasons. And I'll tell you why.

Living above a mortuary would put most potential tenants off in a heartbeat, of course. But, for me, I had grown used to the idea after spending a couple of years in the family funeral business a few years prior to moving. Because of that, the thought of living above the dead never really bothered me. And as for my wife, well, she was rather fascinated by it. If anything, she was more curious to know what happened only ten feet below our bedroom floor. But that pretty much settled it. And when the time rolled around and we were offered the keys – we snatched the opportunity without thinking twice.

Things were always going to feel a little strange whilst living there. We always knew there would be surreal moments when the mortuary fridge door opened beneath our feet or a casket would be pulled from storage. That was something we knew we'd eventually get used to and learn to ignore. And, to be fair, it did after about five or six months. However, it was the other issues that we had with the flat that seemed to stem our suspicions. 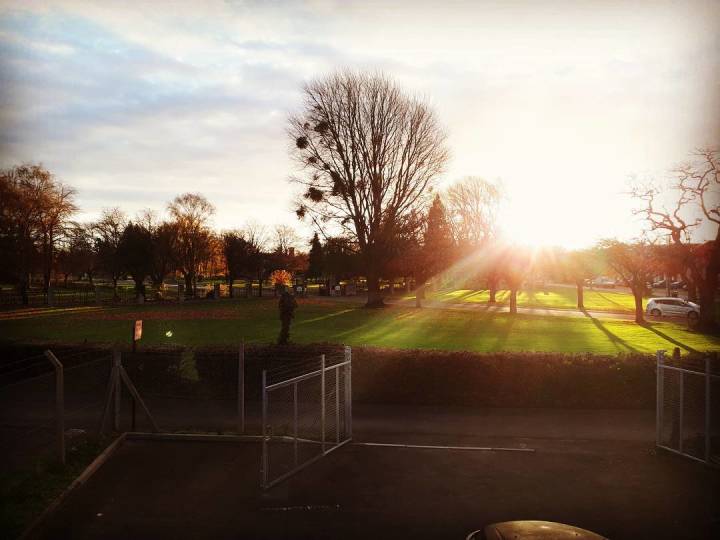 The view from the kitchen window

We lived opposite the city crematorium. That, at times, was either a beautiful thing in a unique way, or a terrifying thing depending on how you looked at it. To us, it was rather charming during the day, and an overall picturesque setting for us to admire when washing the dishes. But, when night rolled in and the only sight was a thick layer of mist and thousands of headstones – that's when the chill tiptoed up your spine. That's when you felt a powerful sense of dread and isolation.

We had two neighbours on the street; both of which resided a little further down the road from us. Other than that, we were alone and in an area of our own. With a lingering presence and eerie ambience, the flat was often exposed to white noise and a shivering cold. And, when the fridges below ticked over and rumbled deep into the twilight hours, the floors would groan ever so slightly and send a small vibration through the ceiling.

Working late into the night, I'd often sense the anxiety coursing through my mind. Like being watched from a horrifying close proximity, I'd feel the hairs standing on edge around my neck and the touch of cold air press firmly against my shoulders. That's what really affected me during the night. Even if I was slightly ambivalent over the paranormal entities flowing through our home – I still felt something out of place. I still felt as if something sat close-by and hung over my head for all the while I clocked endless hours through 'til morning.

The first time I felt genuinely concerned in the home was when my wife approached me the morning after I worked through the night. In a perplexed state, she told me about a chilling sensation gliding around the bedroom around one o'clock in the morning. And, strangely enough, that was the exact same time I felt the identical pattern moving through my working space in another room. With no windows opened or gaps in the doors, this was something we both couldn't help but question. And, it was the first of many occurrences which would later confirm our suspicions. 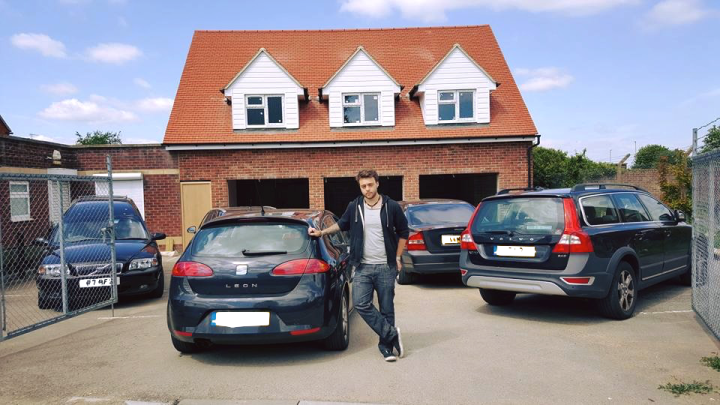 The exterior of the home

Time moved on and things started to get a little creepy. Items often moved around when we were away from the house. Possessions started to go missing, only to later end up in a strange part of the house. Orange juice cartons were moved to kitchen drawers. Milk was somehow placed into a cupboards above the stove. Toys started to activate without pressing a button. Endless situations with no logical explanations behind them – all in a matter of months.

A time eventually came where the thought of moving out seemed like the only viable option. And that is when danger finally managed to find its way into the house. That's when we knew things weren't normal anymore. Somebody, or something, was with us.

On a pretty boring Sunday afternoon my wife and I sat in the living room, which was connected to the open-plan kitchen. Talking and generally carrying on, we spoke about various things and planned the following weeks schedule. But, as we settled in to a pretty lengthy discussion, a sudden smash abruptly entered the room. We darted our eyes across to the kitchen, only to see a large blue jar shattered against the floor in a sudden jolt. With no windows open nor ways for the jar to fall from above, it flew as if being thrown in one aggressive launch. And, if we happened to be in the kitchen at that precise moment, either of us would've been sent to the hospital. That's something else we were never quite able to decipher – even after three years.

Toys were spontaneously going off in our daughters room. Batteries were being drained even if brand new. Mud traipsed through the hallway carpets when we weren't home. Sounds of scratches filled the flat from behind the walls at night. Everything that we couldn't explain all seemed to be happening more and more frequently.

Still ambivalent over the matters and wanting to ignore the emerging pattern, we kept our heads down and continued as normal. And, for over a year, we refused to let it bother us until breaking point. Instead, we learnt to live with it, and we carried on like a normal family.

A day came, however, where our one-year-old daughter was acting relatively strange. A little strange for a baby anyway. With her ear firmly to the living room floor listening in below, she sparked a gibberish conversation through to the mortuary, where a casket was being prepared for a funeral. Talking unlike she had ever talked before, she giggled and spoke as if in conversation with somebody.

A few hours later, we asked about the days arrangements with the funeral directors. And, to our surprise, a child no older than our daughter had sadly passed away and was being prepared at the exact same time the 'conversation' happened. Now, call it crazy, call it coincidental, but it almost felt as if she was speaking to a spirit below. That was something that truly worried us for months without fail. Because, as the rumours go, both young children and pets are able to physically see the paranormal. And, on that day, it felt as if our baby was interacting with the ghost of another child below. 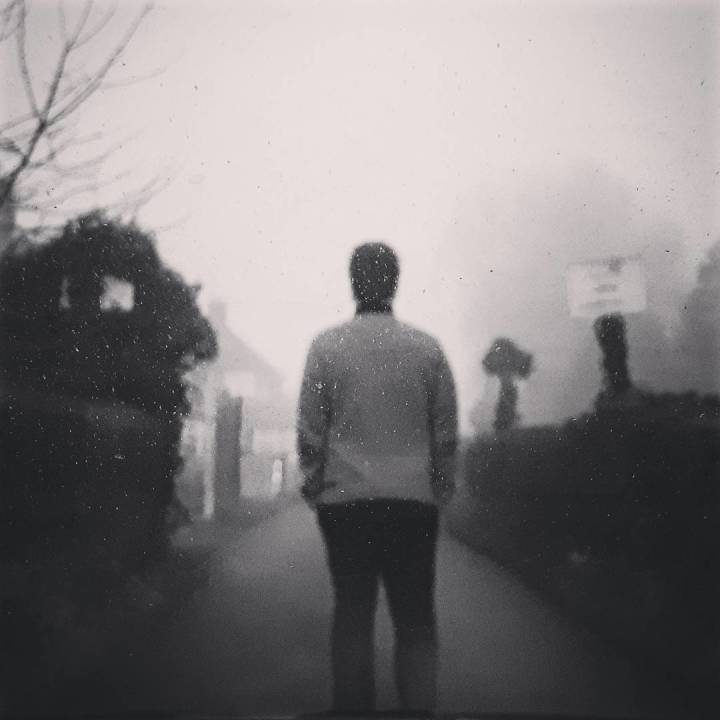 Two years down the line and we began the long and gruelling search for a new home. We wanted to start fresh in another city and the flat was bringing a certain depressing energy that sparked anger and frustration most days. Because of this, we would often fall apart as a family and never understand the reasons behind it. So, with that, we handed in our notice for February 2019, and we declined into the market sweep.

Come March, we had found our new home in a brand new city where everything was relatively ordinary in comparison to the flat. So, we put down our deposit, and we moved in only a few weeks later. The flat then moved down to my older brother and his other half.

It's been a year, and to be honest, I haven't spoken to my brother in a fair while. I don't know what goes on behind closed doors or if anything unusual has happened since our departure last March. In all honesty, I hope things have settled and gone back to normal. But, then again, being above a mortuary - can you really expect life to be normal?