The night I believed 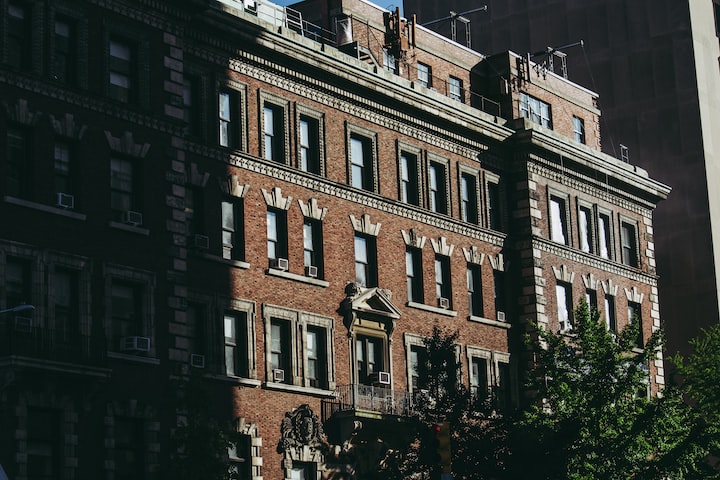 Photo by Alejandro Barba on Unsplash

It was September 16th, my senior year of Highschool. I remember that night well. I was 17 and my parents could not care less where I was or what I was doing. Not that I ever did anything bad, it was just nice to have freedom. Jessica invited me to sleep over her house; her parents were gone for the weekend. What she really wanted to do was visit one of the supposedly haunted places in our town. There were a lot of haunted places in Massachusetts, somehow three of them were located in our town. Tonight’s haunted hunt was at the empty apartment complex three blocks from her house. The complex wasn't really empty, it had been built after the old asylum had burned to the ground and now only covered half of the lot. The rumor was that from September through December you could see the ghosts of residents and the ghosts that haunted them walking through the sky where the old building for violent patients once stood. I didn't believe it myself.

I met Jessica at her locker once the final bell rang and we walked to her car. She was hyper, most likely from the caffeine and sugar she had at lunch. I remember that she could not stop talking. she asked me a question, then just as I was about to answer it, she asked another one. I told her to chill. When we finally arrived at her house, we detailed our plans. According to the rumors, the ghosts only showed up for an hour starting at midnight; no one knew why. Our plan was to leave at 11:30 and wait until at least 12:30 before leaving. I complained about being there for a whole hour; I was sure this wasn't real. For now, we would watch T.V. and order pizza.

It was 11:30, Jessica was super hyper now. I shushed her more than once as we were walking; we didn’t want to get caught out this late. The air was crisp, and the smell of the fall was in the air. I could see the Big Dipper up in the sky, or was it the little dipper, I couldn’t remember the details from my astronomy class. We reached block two when Jessica started clutching my arm, each step we took closer her grip grew stronger. I looked directly up to the sky and rolled my eyes. This was ridiculous, her reaction was ridiculous. There was no such thing as ghosts, I would tell her. Then we arrived. It was around 11:50, ten minutes until the apparitions supposedly would appear. We found a place to sit; an electrical box on the side of the road. We talked, or should I say she talked about her crush on two boys and asked me how she would choose. It was then that I noticed something off in the empty lot. It was a child in a nightgown.

We walked over to see if we could help her; she looked sickly with dark circles under her eyes and skin so pale it was almost gray. As we approached and began talking to her, she seemed to not notice we were even there. Then she began talking, but no to us.

“Hun your mom’s not here” I replied; still no acknowledgement.

This time I looked at Jessica and she looked back. I gestured ‘what’ to her, she shrugged her shoulders indicating that she didn’t know either.

“Mommy, mommy, where are you?” She repeated again. This time a woman with long black hair and sunken in eyes appeared. She was wearing a white cotton gown. Her eyes grew large at the sight of the little girl.

“There you are mommy,” the little girl said, “it’s MY TURN NOW!” she shouted in anger.

“NOOOOOO!” The mother let out a blood curdling scream “Baby I’m sorry, I’m so sorry, I didn’t know what I was doing, I was sick”

“I don’t believe you.” The little girl replied in a sing-song voice.

Crying the mother fell to her knees. The little girl grabbed her by the hair, pulled her head back. Suddenly the sound of rushing water was heard, as water came flooding out of the mother’s mouth. She looked as if she was drowning. Once she fell to the floor the little girl turned toward us and smiled an evil smile; then both just disappeared.

Then, on what seemed to be the second floor, a woman covered in blood was accompanied by two young children with large holes in the backs of their heads.

“Danny, we’re here to visit,” the woman said in a sweet calming tone “Danny, my love, won’t you say hello to your family?”

Suddenly there was a man crying as he reached out to hold the woman’s face. As he did, the woman stabbed him in the gut, and he fell to his knees. The children then began stabbing him as well. Once they were done, all four of them disappeared.

I couldn’t believe what I saw. My skin turned to gooseflesh as I started looking around. In the air, seemingly suspended by nothing, floated violent scenes of horror accompanied by the screams of the tormented. One scene was a Doctor being burned alive by three patients of his. Another, a man with a hole in his head shooting another man’s head off. I looked over at Jessica; she was frozen in fear. I shook her back into reality, and we ran.

We ran out of the lot and down the street, the full three blocks back to her house. Neither of us really slept that night, and we never did talk about it. As I said, I never believed in ghosts, at least not until that night.

I am a novice writer just looking for a place to get feedback!

More stories from Amy Lynn Jenkins and writers in Horror and other communities.