The Echo in the Dark

What Terrors Await in the Vast Emptiness of Space 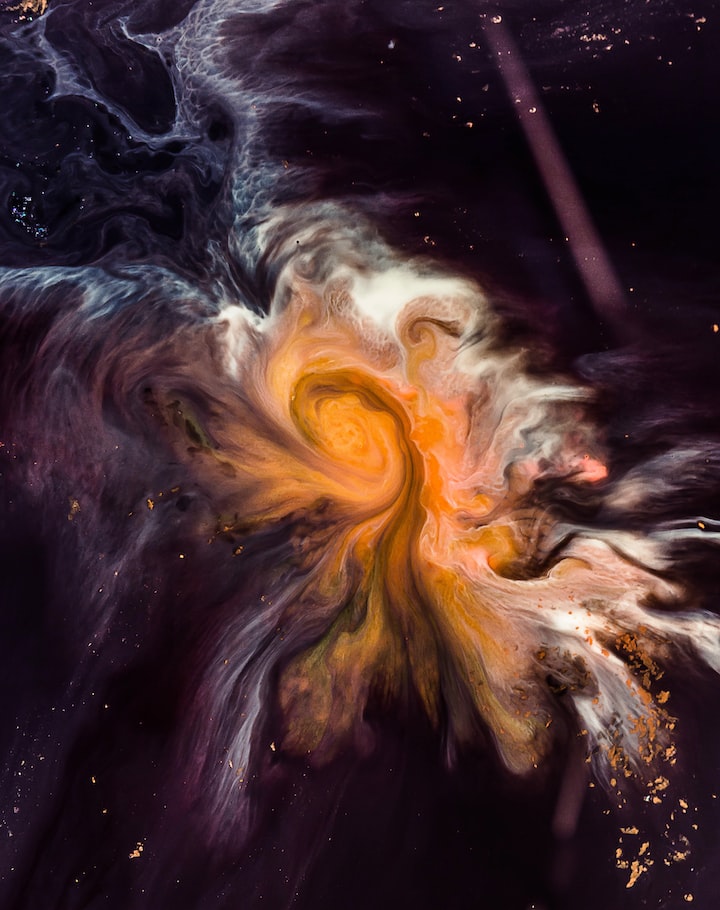 Nobody can hear a scream in the vacuum of space, or so they say. Perhaps this sentiment is so widely believed due to our own limitations as humans. This is a fact that I had so readily accepted as truth, until I heard the bone chilling scream coming from outside the shuttle.

When first I heard the scream, I was awoken from a sound slumber. The soft humming of the shuttle echoed through the cabin that I occupied alone. I sat up, my head swimming with wisps of dreams I could no longer hold onto. I wiped the sleep from my eyes and flicked a switch near the end of my bed to illuminate the tiny quarters. I stared around the metal room, uncertain of what it was I was looking for. Nothing seemed out of place. I wondered if what I heard was just an echo from a dream, or perhaps maybe another passenger on the shuttle making a little too much noise. I flopped back onto the thin pad and pillow. I remember thinking in that moment how I longed to be planet-side again; how I could not wait to be free of the confines of the shuttle. I let the pleasant thoughts of the wind blowing through my hair and the light of the central star on my face carry me back into the realm of sleep.

As I began to drift, the shuttle lurched violently, causing me to roll off the small single bed and onto the hard, metal floor. It was in this moment that the hum from the engine was no longer echoing like a soft mechanical lullaby. Emergency lights lit the room along the baseboard. I rose slowly from where I had fallen, rubbing my lower back and cursing the gravity simulator under my breath. I attempted to open the door, but the button was not working. The back up generator apparently didn’t give function back to that feature, probably in an effort to keep passengers contained in case of an emergency. The static of the intercom cut through the silence and the voice of the captain could be heard low through the chamber.

“Attention all passengers. We are experiencing some technical difficulties due to a small collision with an asteroid. Our maintenance team is in the process of gearing up to assess the damage. Please remain calm and in your rooms while we are fixing the issue. I apologize for the inconvenience, but we will be on our way again soon. Thank you for your cooperation.”

“Great,” I muttered as I sat back on the bed. “Another asteroid. This is the third one since take off.” I rolled my eyes and sighed with exasperation. Asteroid collisions were commonplace with interplanetary travel, but they were such a nuisance. I was unable to get back to sleep at this point, so I picked up a holo-board to pass the time with a little light reading.

After about one standard hour or so, we were still drifting with no word from the captain. It seemed that there was more damage to the ship than anticipated. It must have been a sizeable asteroid that struck the hull. I tried the door button again, but had no luck. I had just turned back to my bed when I heard it again: the blood-curdling scream that woke me up earlier. This time I knew it wasn’t something I had imagined in my dream-addled mind. I also knew this was not a passenger on the shuttle either. It couldn’t be. I instinctively peered out of the small round window into the blackness of space. I don’t know what I was expecting to see- there was not much that I could see. The darkness seemed to swallow the distant stars and far-off planets. The only thing that stood out was a stark white spot with a darker tail floating away from the shuttle.

I turned away from the window and stopped short. What was that spot? I rushed back to the window and searched for it again. It was drifting further away from the shuttle with each moment, but I could plainly see that the object was a helmet. A larger white object was floating a few meters being the helmet- it appeared to be fabric from a space suit. Both objects left a small, dark trail behind them. Could it be blood? Did something happen to the maintenance crew? I fell back from the window in shock when I heard another inhuman scream coming from outside the shuttle.

I sat for a moment on the cold ground, holding my breath and listening intently. I could hear the sound of metal scraping metal, followed by a barrage of footsteps throughout the corridors. It seems that I was not the only one that heard the terrifying sound. As I pondered making my own escape from the confines of my room, the static of the intercom cut through the noise. For a moment, the thunderous pounding of feet halted while the captain spoke. His voice was noticeably shaking and he slurred his words slightly.

“Attention all passengers. Please remain calm. We are having some minor difficulties with fixing the damage done by the asteroid. Do not panic and do not leave your rooms. Everything is right as rain. We should be underway in less than one standard hour from now.” There was a clattering sound that echoed over the speakers, as if the receiver had been dropped or thrown. The captain could be heard sobbing silently. In an almost inaudible whisper, he choked through his tears, “Gods have mercy on us all.” In another moment, the captain began to cry out in terror. A heavy thud echoed over the speakers. “Please, no,” the captain begged, but his pleas were met with an ear-shattering shriek as something moved closer. The transmission ended with a crunch, as I assume whatever was in the captain’s quarters stepped on the fallen receiver. I could hear the uproar of chaos as the passengers that had escaped their rooms screamed and ran in panic.