The Day it Changed

by Greyley Sabin 3 months ago in fiction 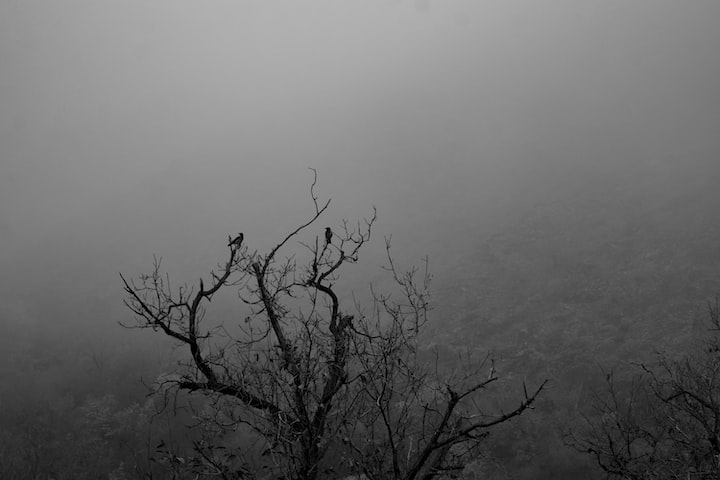 Photo by Mahdi Dastmard on Unsplash

On a frigid fall night in the city, the flapping of hundreds of wings can be heard from inside a small basement apartment, dully lit with lightbulbs on the verge of combustion. In this apartment resides a boy who is never too much and never too little. Asher Kent is unsettled and silent, and tonight he puts on an extra sweater to ward off the cold air seeping through every crack in what is at least temporarily his home. As he moves from his bedroom to the living room, he turns on his paper lamp and is calmed by the yellow light and the sound of his own footsteps. With a heavy exhale, he turns on his television, callously flipping away from the news channels that are yammering on about the crows.

The news stories started as being sane. Large groups of crows, murders as they are called, moving throughout the city. The crows travel in on big cluster, seemingly picking up all their friends around town on the way down south for winter. It didn’t take long before the narrative shifted, the crows losing their individuality and being viewed as a frightening monolith.

The beating of wings intensified as Asher settles into the couch, burying himself in a plush blanket. Asher does not think of the worst-case scenario, but he is oblivious enough to feel that it could never happen to him. Perhaps these thoughts were founded in his personal history. Asher had never accomplished much, but that is certainly not to say he hadn’t tried. He worked very hard throughout his entire life to accomplish something big, and somehow failed just enough that it was always something incredibly mediocre that he achieved. This perpetual mediocrity forced him into the background in any story through his own eyes, and it irritated him.

Asher felt an overwhelming dissatisfaction with the way his life had seemed to unfold through his 24 years. He only felt especially unappreciative of his utter and endless normalcy three days out of any given week, which was not quite half and therefore not enough to strangle all of his waking moments. On days when Asher feels unhappy, he mulls around trying to come up with a big idea. On days he feels content, he stares at walls and thinks of almost nothing at all. Today is a day of discontentment, not only with himself but with the people on the news, the crows in the sky, the incessant sound of wings beating, never stopping.

This is what makes today different from any of the days in Asher’s life up to now. Today he thinks of several things that are not himself- which, he thinks, is probably the first step to take in being anything other than average. It is with this sudden conclusion that Asher feels something he can’t quite place that he has certainly never felt before. Though he is incapable of understanding this feeling, its name is foreboding.

As an entirely ordinary boy has a very minor epiphany, the world outside is far more chaotic than could possibly be felt from even the breeziest of basement apartments. Had Asher been less taken with his own thoughts, it is possible that he would have heard the wailing sirens, muffled by the birds. The crows acted as one unit, wreaking havoc in a way all their own. Their predatory nature had grown over several months, to the point that they fed off of the fear they felt in the air. The growing distrust of the birds only served them, adding to their numbers and increasing their strength. Houses that were invaded by the crows left husks of people in their wake. In place of a once thriving community, now there were people only able to see the swirling black of suffocating feathers. Once bewitched by this deep feeling their minds were filled all the way up with thoughts only for themselves. The murder of crows permeated household after household, leaving nothing but fear behind them.

Asher never understood the ways of the crows, seeing as he had never had a thought for someone else in the first place. And then all at once, he felt that he would be next. Like clockwork there was an aggressive tapping on his window. With wide eyes, he slowly turned to look out his window, but he was already too late. Several loud crashes sounded in an instant, and Asher got to his feet in a shocked trance. All the gaps in the foundation of his home suddenly felt so much bigger, as the birds began forcing themselves in wherever they fit. Asher raised his hands up to his head, covering his ears to the horrifying noises that were invading his life. The floorboards creaked and bent and rolled upwards like waves, closing in on Asher. It was then that Asher dropped to his knees and crawled to the door of his apartment, and as he moved he did yet another thing he had never done before this wild night- he mourned.

When Asher mourned, it marked a significant shift. This shift brought about a new beginning for Asher, for he was no longer in the middle. He could not tell if now he was too much or if he was too little, but he knew now that he had to be something. Asher mourned for his windows, he mourned for his floors, for his aching ears and his tired knees. As the door to his apartment was blown open he mourned for his neighbors, who he had never really given any thought to at all. He mourned for the shop-owners, the gardeners who worked outside of his building, his family. He mourned for the sun and moon, which could not be made out through the harsh blackness of the crows. The crows danced around him, pecking at his arms and legs, laughing at his anguish. Almost just as soon as Asher had come to care about everyone around him, bringing him great pain, he looked up and met eyes with an unlikely savior.

The owl looked soft and kind, but Asher could feel the power it’s body held. As Asher looked up at the barn owl, it began to flap its large wings, putting Asher’s fear at ease. The flurry of crows stilled at once, and began to be forced out of the building as Asher began to breathe normally once again. The owl stopped beating its wings, and continued to make eye contact with Asher. It bent its head to scratch at its downy feathers, and then quickly moved to rest on Asher’s shoulder. As suddenly as it had occurred, this became Asher’s new normal.

The owl never left its perch on Asher’s shoulder, which he really quite liked. The crows never left either, not all the way. Asher still saw them from time to time, on his kitchen counter, or on his walks to the park. He had come to realize that they weren’t all bad, even if they weren’t all good. Asher knew that some things would always follow him like the crows, or especially like his owl. And while he thought of things a great deal more than he used to, he never managed to find time to give the crows much thought at all.