by Mary Jackson about a month ago in fiction
Report Story 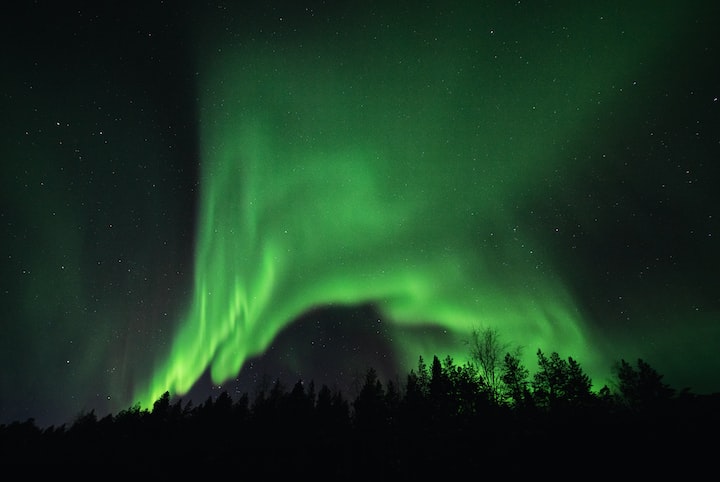 Photo by Federico Bottos on Unsplash

There weren’t always dragons in the valley. Until tonight when the veil appeared thinnest, barely a fine mist hanging in the air. Through it Mina could see the Otherside. The darkness here contained all the relics of the past. As the clouds parted across an empty sky behind her in Hatherden she could see orange fire streaks billow and disappear in all directions beyond the soft brume. She squinted at the mirage, questioning for a moment the truth of a place she knew existed but had never seen. The place where darkness was alive and watching her every move now. Her word was her bond and even in death, Vaggar had said, the darkness would still see her. Even in death her debt would not have been paid and so darkness, laying its claim, would follow her wherever her soul wended.

She pushed into the tips of her fingers still warm where Respit had made her touch the tip of the green flame. A blister was forming. The green flame that could not be untouched bound her words in the Fey Realm. The price was her soul or the dragon’s head. The mist was breathing her in and through it the darkness suddenly grew more clear.

Orange and red swaths glowed on a far off horizon and then disappeared as fast as they reappeared. There was a battle and Mina knew now there was more than a thunder of dragons in combat with this hot, dark place. If her path was a straight line it looked to be a day's journey at the very least. The cover of darkness in Hatherden would have been worth something, but not here. Not in the Otherside. As soon as she passed through the veil she would become a beacon of light demanding attention in a world that did not under any circumstances entertain the Light. Her fingertips touched the mist and rolled it over onto the tops of her hands. She watched it encompass her fingers, pulling her wrists and then her arms into the expanding darkness before her. The air there was as dry and as hot as the desert. As she turned to look behind her she sensed a thing, a shape in the cool, wet Spring night in Hatherden. Her eyes focused on a small deer watching her. It stood frozen. She took a quiet deep breath beckoning calm so the wild thing would know she would not hurt it. It did not move. As her eyes adjusted to the tranquil blue starlight that framed the sweet thing, she saw its pupils wide and black in its small head. It looked beyond her into the darkness, past the mist. What the fawn saw there terrified it and before Mina could take another breath it leapt back into the safety of the lush forest. Mina stared at the empty place where the innocent creature once stood, recognizing the beauty of a world she had, just hours before, begged to leave. Piz was gone forever along with Bali and Zen. Nothing could replace the smell of Zen’s mane or the sound of her whinny on a brisk morning. Nothing would bring back the bright clip of her hooves on the cold stoneways that led out of town. She feared if she didn’t leave now, when she was still angry enough to muster the bravery required for this revenge, she would spend her life sick with mourning for all of them. For her mother, wherever she was now. A star in the sky? A soft breeze through her hair? A love she would carry in her heart. Or worse, what if she spent her life crazed with guilt and sadness, searching for them, only to find their ghosts in every empty room she would enter and their memories hanging in every silence for the rest of her life. They were gone forever and facing a world without them seemed more impossible than a quest for the head of the dragon that killed them. As she turned and stepped through the veil she felt it inhale her. The mist sparked as her body passed through it and she held a single breath in her lungs as she moved. One last breath of the old Mina and the world and forest from which she came. She would hold it in her lungs for as long as she could, the cool air filling her body like a memory. Mina moved from the soft sounds of the forest into the hot darkness ahead and as she did she knew for certain one thing. There weren’t always dragons in this valley, no, but she would see to it with every last bit of conviction in her heart that there would be one less dragon in this valley with its head still attached.

More stories from Mary Jackson and writers in Horror and other communities.