THE BOX FROM HELL

BE CAUTIOUS OF THE PACKAGES YOU ACCEPT 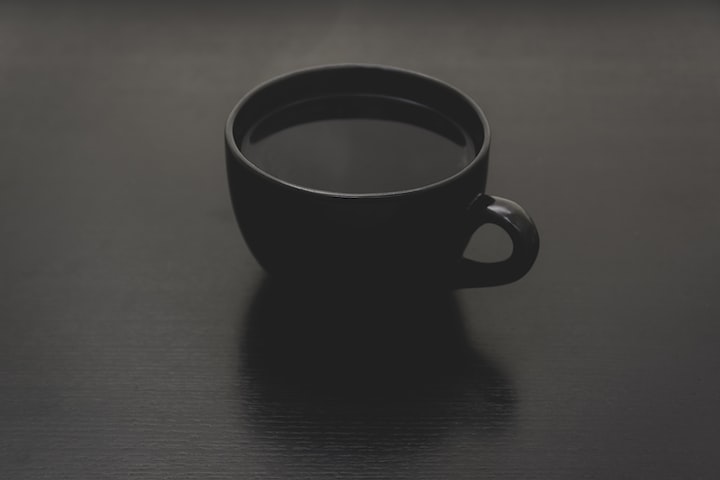 Photo by Steve Harvey on Unsplash

When my Amazon package finally arrived at my doorstep, I was relieved. I quickly collected it, dodging the screen door from slamming against my back, as well as the sunlight that illuminated my white shirt and blinded my eyes.

“Finally, my books are here,” I said to myself.

I returned inside my house and placed the brown paper box on my kitchen table, and while pouring the last bit of coffee into my Chicago Bears mug, I heard a rumbling noise that came from the table.

I turned and placed my accusing eyes on the package. I felt silly, but what else could the rummaging sound have come from. I lived alone, didn’t have any pets, and no one was at the back door. I quickly turned away and drunk my coffee and dreaded having to pull an all-nighter for my assignment, and then the rummaging sounded again. I faced the table and stared at the package.

The package was as still as the concrete underneath your moving feet during a jog around the neighborhood. I placed my mug onto the counter, walked to the table, and reached to open the package, but my cellphone buzzed and impeded me. I heard it vibrating through the ceiling from the nightstand in my bedroom. I left the package at the table and proceeded up the staircase, but there was no indication that someone had called when I looked at my phone. I found it very odd, and even worse, I heard the rummaging again.

It was definitely coming from the kitchen, and it grew louder the more I focused. It sounded like my kitchen table was about to launch into space. I tossed my phone onto my bed and raced down the staircase. When I finally arrived in the kitchen, everything was intact, and the package was still on the table.

My suspicion of the brown box was growing wild, and I admit that I was timorous. But still, I worked up the courage and slowly approached the box. I touched it, and it was heavy. The box was heavier than when I lifted it from my doorstep to bring inside. And it was damp. But how. I walked to the back door and peered from the small window for indication of rain. But the streets were dry. I returned to the table and realized that there was no shipping label on the box. And I was unsure if there was a shipping label to begin with.

It all confused me.

I began panicking. And I didn’t know exactly why. I felt a bad omen overcome the house and was on the precipice of fleeing. But I stayed. And I proceeded to open the box, but when I reached to pull it apart, my doorbell rang.

I rushed to the door to answer it and saw the Amazon Prime driver returning to his truck. I looked down and another brown box sat at my doorstep along with the correct shipping labels. I rushed down the stairs, walked through the dry grass in my socks, and stopped the driver from leaving.

“Hey. I wasn’t expecting another package.”

The driver looked down at his clipboard. “It says otherwise here.”

“I don’t know what to tell you,” the driver said.

The driver drove away, and I immediately opened the new box and found it to be the books I was expecting.

If this box is packaged with my order, what is inside the box on my kitchen table, I thought.

I rushed inside the house, slammed the door shut until I finally reached the kitchen table. A rancid smell seeped into the air. The smell was so heavy and disturbing that I gagged and had to place the collar of my shirt over my nose. My eyes bulged out my head when I saw that the box was there, only ripped open. I walked to the box and looked inside.

Inside, the box was empty.

My stomach sank, and my heart began racing. I searched around the kitchen for any indication, only to find my mug of coffee spilled onto the floor and broken into pieces.

That night, I stayed awake in the corner of the kitchen, waiting in fear of what creature was among me.

I am a Black Girl writer who wants to enlighten the world of readers with my work.

Receive stories by Elyssa Ely in your feed
Elyssa Ely
Read next: The Ritual