The Book of Lies

by Michael Mayr 9 months ago in fiction
Report Story

It took my Friend 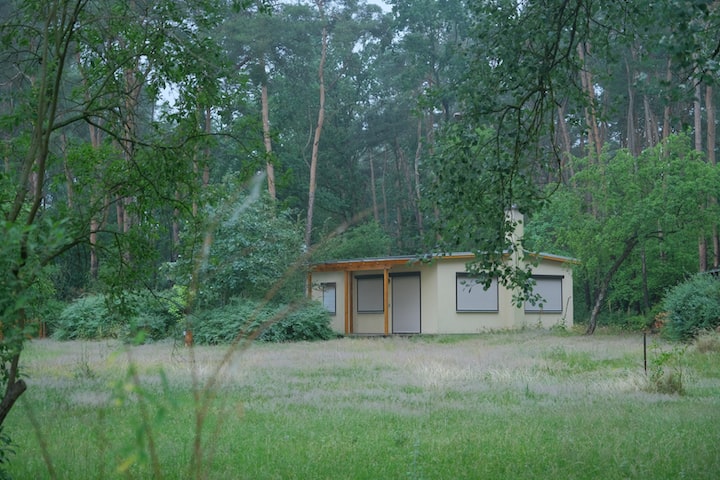 Photo by Sebastian Herrmann on Unsplash

It breaks my heart that it has come to this. I sit in a stolen car outside the old shack in the western Maryland woods. As I mumble the forbidden canticle of Saint Michael, I pull my pistol from it’s shoulder holster. An M1911 - one of the first made in fact - I run my fingers down its barrel, tracing the engravings in enochian script. I have named it Ender of Stories. A pompous and overblown name to be sure. But a fitting one nonetheless, for it has taken many lives, ending many stories. More than a few by my own hand and not all of those were human. Plus the very act of naming it links it to me and gives the weapon power.

I remove the magazine and take a second from my coat pocket. This one does not contain mundane rounds, but seven silver bullets. Each is also engraved in an enochian script. Each is also blessed by a holy man. I slide in the new magazine and chamber a round. I exited the car and tried to prepare myself to possibly kill my oldest and dearest friend. A man I have known for over 50 years. A man I consider to be my brother.

It is pitch black except for the lights coming from the cabin windows - illuminated by flickering flames. I make straight for the cabin door and try the knob, it is unlocked. I open it and stare straight into a nightmare scene…

Karl is levitating in mid air, about four feet off the ground, his feet together, his arms straight out from his sides, his head tilted to the right - in a mockery of the crucifixion. In front of him that damned book is also levitating and it is open. He floats in the center of a square drawn in chalk on the floor. At each of the four corners of the square there is an identical full-sized mirror aiming out away from my friend. They too levitate in mid-air. My eyes are drawn to movement in the mirrors - for the mirrors do not reflect our reality, but the horrible one that Karl has foolishly contacted.

In the mirror closest to me I see a horrid shape, all tentacles and eyes and fangs. A mass of writhing flesh without rhyme or reason. My mind tries to reject it. But I force myself to look. And the mass changes and morphs into a human figure in a simple brown monk's robe.

I hear Karl scream - I cannot tell if it is in horror or ecstasy - and I look up in time to see his forehead split and a third glowing eye emerge from it. The eye is different from my friend’s own dark brown eyes - it is alien and a brilliant emerald green orb. Just then a pulse of energy emerges from the mirrors and my own head throbs as I feel a writhing within it. I know it is my pineal gland enlarging - my own “third eye”.

I shout out to my friend: “Karl what have you done!” Knowing full well that his loss and desperation opened him to the dark whisperings from beyond.

“They promised me. Joey...they promised me I would see them again! I had to have them back! But not like this...not this…” My heart sank as he wailed.

“It is called the book of lies! Karl. They will promise anything to enter here!” I shouted back.

The Book of Lies, or as it is called in the original kurmanji manuscript: pirtûka derewan. It is an ancient kurdish cult’s grimoire that detailed ways to contact alien intelligences from a realm known only as cihan di navbera cihan de, or the “places between places”. Karl had found it in a hidden chamber of a house that had once belonged to the famous witch hunter Increase Mather. What I had feared had come to pass, after the tragic loss of his family Karl has made much more than a deal with the devil. He has become a pawn to things, horrible hungry things. And worse, I know this was my fault because I was not there for my friend in his hour of need.

However, my guilt is interrupted as the first of the “monks” walks through the mirrors. It looks up at me and I see it is a mockery of the human form. Glittering black eyes, Dead grey skin, no nose...the monk hisses at me with a mouth filled with lamprey-like fangs. I pull the trigger and the gun’s bark is deafening. My aim is true and the blessed round catches the monk in it’s open hissing mouth. The monstrosity screams an unearthly wail as it comes apart. Falling into a black, stinking slurry upon the wooden floor.

I turn quickly and fire three more shots, Catching three more monks as they exit the mirrors. Each screams the same scream and melts to the floor like the first. Then a pressure fills the cabin and something else enters. It is a gray and white tomcat, tiger striped and beautiful. It walks towards me and I can feel its power. Never have I known such dread. The cat smiles at me and I desperately fire two rounds at it. It moves so fast I can barely register what happened but it appears that it simply batted the bullets away with its paw. Then the cat’s second set of eyes open. Another pair above the first. I feel my sanity fray.

Oh such a shame boy. Only one bullet left. Will you save it for yourself? I hear the voice as much in my head as my ears. The voice of a man decades dead...my father. I know it is not him, just as I know it is no mere cat. But a thing so beyond our sane three dimensional reality that this is how my mind perceives it.

“Joey! You cannot kill it. I can see what it is! What it really is, and we cannot allow it to be here! You know what you have to do!” Karl screams at me.

He doesn't have the strength. He is weak. You have always been a weak, useless coward, boy. The horror again mocks me in my father’s voice.

“Karl. My brother, please forgive me.” I whisper, turn and fire. An angel guides my aim as the bullet takes Karl in his newly emerged third eye. He immediately falls as does the cursed book which hits the floor with a board cracking force. The mirrors shatter into sand and the cat that is not a cat roars with the voice of a thousand lions as it disappears and I am knocked off my feet.

It is many minutes before I can pick my bruised and battered form from the floor. I drag myself to Karl. And see his dead, open eyed stare. I close my oldest friend's eyes and whisper a prayer and weep for several minutes. I notice there is blood trickling down the left side of my face and realize that my left eardrum has burst.

I also realize that I must burn my friend's body along with this cabin. Fire purifies. I look down at the cursed book. “I wish I could burn you too you fucking thing. But I know that will not work.” I say aloud.

I cannot leave it for others to find. I reach down and pick it up and immediately I hear the whispers making promises: how to regain my youth, how to undo my mistakes. How to live without regrets...it is the Book of Lies indeed...

More stories from Michael Mayr and writers in Horror and other communities.