"The Abandoned Mansion: A Story of Redemption and Compassion"

"Sarah's quest for Redemption and Peace" 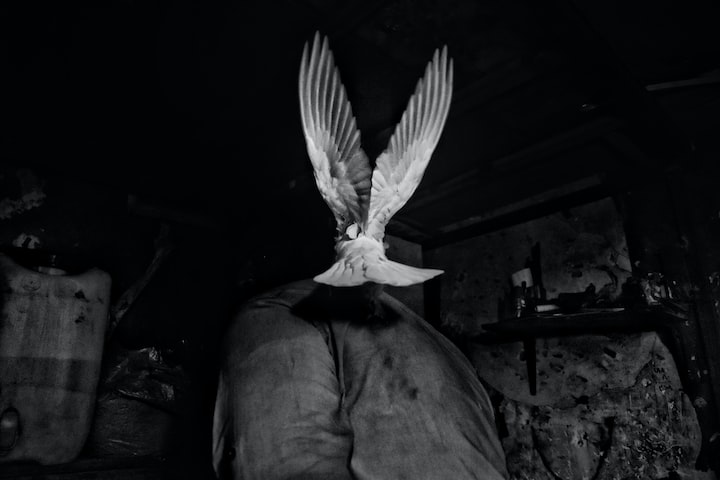 Photo by Bahram Bayat on Unsplash

"The Uncovering of Elizabeth's Tragic Past"

Once upon a time, in a small village nestled in the heart of the forest, there lived a young girl named Sarah. She was a kind and gentle soul, with a heart full of love and a spirit full of adventure. She was always eager to explore the forest and discover its secrets.

One day, while wandering through the forest, Sarah came across an old mansion that she had never seen before. The mansion was grand and imposing, with tall towers and dark windows. It was clear that it had been abandoned for many years, and Sarah was immediately intrigued. She decided to explore the mansion and see what secrets it held.

As she entered the mansion, Sarah felt a chill run down her spine. The air inside was musty and damp, and there was a sense of darkness and foreboding that hung over everything. Despite her fear, Sarah pressed on, determined to discover the secrets of the old mansion.

She wandered through the dusty halls, peeking into empty rooms and exploring abandoned corridors. As she ventured deeper into the mansion, Sarah began to feel a strange presence around her. She couldn't see anything, but she could feel eyes watching her, and she could hear whispers and whispers in the darkness.

Despite her fear, Sarah pressed on. She climbed the winding staircase to the top of the tallest tower, and there she found a door that led to a small room. Inside the room, she found a diary, its pages yellowed with age. The diary belonged to a young woman named Elizabeth, who had lived in the mansion many years ago.

As Sarah read the diary, she discovered that Elizabeth had been a young woman with a tragic past. She had married a wealthy man who was much older than her, but their marriage had been plagued by violence and abuse. Elizabeth had been trapped in the mansion, with no way to escape her cruel husband.

One night, Elizabeth had finally snapped. She had taken a knife from the kitchen and stabbed her husband to death in his sleep. In the aftermath of the murder, Elizabeth had been consumed by guilt and despair. She had locked herself in the tower room and had never come out again.

Sarah was horrified by the story, but she couldn't shake the feeling that Elizabeth's spirit was still trapped in the mansion. As she made her way back through the halls, she could feel the presence of the ghost more strongly than ever. She could hear Elizabeth's mournful cries and feel her despair.

Determined to help Elizabeth's spirit find peace, Sarah returned to the mansion the next day. She brought flowers and candles and set them at the base of the tower. She sat in silence, meditating and offering prayers for Elizabeth's soul.

As the sun set, Sarah felt a change in the air. The mansion was no longer cold and dark, but warm and welcoming. She could hear.

moral of the story

The moral of the story is that sometimes, even the most tragic and terrible events can be overcome with love and compassion. The story of Elizabeth, trapped in an abusive marriage, and driven to commit murder, is a tragic one, but in the end, Sarah's actions helped to bring peace to Elizabeth's spirit.

Sarah's compassion and empathy towards Elizabeth's situation allowed her to understand and connect with Elizabeth's spirit. Her willingness to help, even in death, shows that even the most broken souls can find peace and solace in the world. It highlights that even in the darkest of times, a small act of kindness can make a big difference in someone's life.

The story also brings to light the importance of self-care and self-compassion. Elizabeth's life was filled with pain and suffering, but it was her own guilt and despair that ultimately trapped her spirit in the mansion. It is important for us to learn from Elizabeth's tragedy, to understand that it is okay to ask for help and to take care of ourselves, both mentally and emotionally.

Furthermore, the story also touches on the topic of domestic violence, which is a serious issue affecting many people around the world. It shows that domestic violence is not just physical, but also emotional and mental abuse. It is important to recognize the signs of abuse and to help those who are trapped in such situations.

In conclusion, the story of Sarah and Elizabeth teaches us that even in the darkest of times, love and compassion can help to bring light and peace.

More stories from Asma Banu and writers in Horror and other communities.