by Tasha Matthew 3 months ago in supernatural 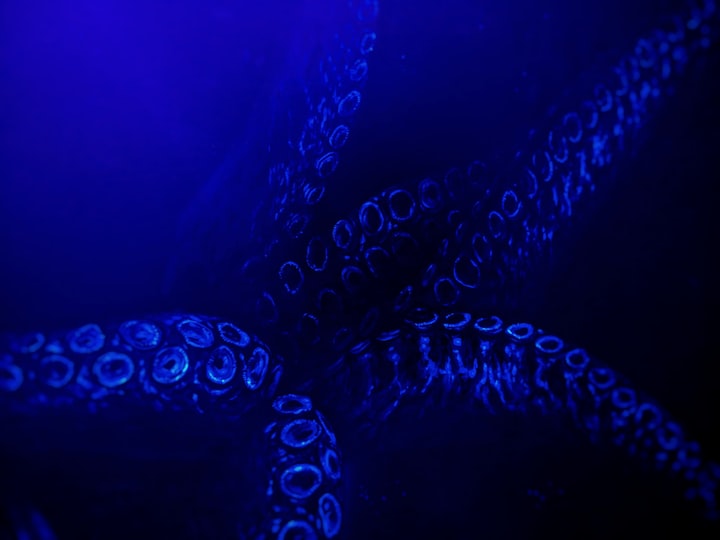 Photo by jonas on Unsplash

"You're so much better than them. You don't even realize your potential." My big brother said to me. I was discouraged with school and tired of being bullied. It wasn't my fault that I had a sickness that only allowed me to take bird baths and wash ups. I couldn't submerge myself in water or take on a lot of water at once. My parents warned me that it would be dangerous for me. My brother had the same illness. Only difference is he had been home-schooled and my parents decided they wanted me to go to school like normal kids. That would be fine, but the bird bath and wash ups didn't always cover my stench.

"No, no he smells like fish butt!" They teased.

The teacher would just stare at me for a while disgusted, but after a moment tell everyone to settle down.

I wish I could be normal like everyone else or at least get home schooled like my brother. Although we were 5 years apart, my brother was my best friend. He was cool and very smart. He always made me laugh and feel better about my life. Home life was weird for us. Our parents tried to be good parents, but they didn't really listen to us and our concerns. Sometimes it felt like it was us against them. They seemed to always be sneaking around and whispering to one another. So my brother and I always stuck together.

The day I came home to a police car and my mom talking to an officer on the front porch was hard for me. That day I found out my brother had gone missing. I was so caught up in my life I hadn't realized that he was missing from the day before. They put together a search party and the officer in charge came to talk to me in my room.

"How are you doing kid? Hanging in there?" He asked

I nodded my head.

"You wouldn't happen to know where your brother is at?"

"No." I said with my voice cracking.

"It's okay. I'm going to find him and make sure you guys are back together again." He squatted down and hugged me. I was in shock because my parents never hugged me or showed affection. It kind of felt nice. I kind of laughed to myself because the officer smelled and for some reason it comforted me.

He didn't find my brother though. Almost a week had passed and my 13th birthday was coming up in 1 day. I talked with my parents and told them that I didn't want to celebrate and didn't want to do anything until my brother was found. They agreed, for once. That night I woke up to a leg going out the window. I stood still until I figured the person got far away and then I got up. There was a note on my side table. It was my brother's hand writing. The letter said:

They are not our real parents. They stole us from our family. Don't tell them you know or show them this letter. Meet me at the lake tomorrow and I'll tell you everything. "

I tucked the letter under my pillow and started to pack my stuff. I didn't care if it was true or not. I wanted to get away from them. I would run away with my brother. I thought sneaking out would be easy, but quickly found out that my parents planned a surprise birthday party for me. Exactly what I asked not to have. My favorite 4 bullies were there. Making jokes about me and picking on me when the adults weren't around.

I had enough and decided to sneak away. I grabbed my bag of stuff and headed onto the path behind the house. It leads to the lake. As I walked through the path to what felt like freedom I heard rustling behind me. When I looked around the 4 bullies were there. They had mischievous smiles on their faces.

"Hey smelly boy, are you ready for your punches?" The biggest one asked. I took the hint and started running towards the lake. I felt something hard come down on my head and when I looked back I saw a huge rock hit the floor. The bullies all had rocks in their hands except for one who apparently already hit me with his. I felt the back of my head and it was soaked with blood. I blacked out.

When I came to, I was being dragged.

" Put him in the water, time to give him a real bath." I could hear.

I looked around, but did not see my brother or anyone else. They dragged me in the lake and pulled me into the water. I tried to fight back, but when the cold water hit my body I was filled with fear. I can't swim, what about my illness. There's too much water on me, will I die? They had me up to my neck in water before I heard one say don't forget to wash his head. My head was soon pushed under the water. I just knew I was going to die. They kept holding me under. I couldn't hold my breath any longer. I breathed in and nothing. I was breathing underwater. I wasn't drowning, I was breathing like a fish. I opened my eyes and noticed large tentacles coming towards me. The tentacle had large claws on it. The boy that was holding me down was grabbed by the tentacle and ripped in half. The top part of his body finally let go of me and was launched into the air.

The other boys met the same faith soon after. I was submerged in water waiting for the same, but the arms disappeared back into my brother's body as he swam to me. We spoke to each other under the water and he told me everything. He said he tried to run away and ran out to the lake a while back. The water seemed to beckon him in, so he walked into it. He was staring at his feet to see how they would be affected by our illness and a fish swam up to him and started to talk to him. Even though he thought he was going crazy, the fish managed to convince him to get into the water. While in the lake the fish had taught him everything.

We are a species that has been around since prehistoric times. We are aquatic, but also shape shift to several species and objects. In our particular story, I was born and my real Dad decided to bring us up to the surface, which was tradition. All newborns are given one breath of fresh air and a chance to see the sky. After that we live our lives out in the deepest depths of the Ocean. When my father swam to the top he got trapped in nets and while fighting his way out. He was discovered by our fake parents, who instead of freeing him, decided that if they killed him they could make a lot of money.

They shot him and stabbed him all while he was hiding us behind his tentacles. After he could not fight anymore they grabbed us from him. Before they could capture him he managed to free himself from the net, but was too weak to fight and just sank to the bottom of the Ocean. Our form turns Human when on land so since our fake parents couldn't have kids and decided to keep us as their own. They learned early on that once we interact with a lot of water or tentacles come out, so they only give us wash offs and keep us away from water.

The fish also said my father was alive and had been looking for us ever since. We hatched a plan to go to the Ocean and find him. We sat at the edge of the lake, my brother splashing me with his tentacles. It was the best that I had felt in a long time, until we heard footsteps behind us.

"I tried to prevent this, but I guess once a monster always a monster" We turned around to see our fake parents walking towards us with guns in their hands.

"We have to take care of our mess, we should have killed you the day we found you." My fake mother said.

"Stop!" We heard from behind them. There was the police officer from before.

"No, they're monster and we need to kill them, look at the tentacles.'' The fake Dad said, cocking his gun. My tentacle had finally come out and was blocking my face. I closed my eyes and prepared for my death, but instead I heard screams coming from in the sky. I opened my eyes and both of my fake parents were skewered by the claws on two giant tentacles. The tentacles were coming from the police officer. He smiled and looked at us.

"Dad!" We both said as our fake parents body parts rained down into the lake.