by Christopher “CJ” Herring 2 months ago in supernatural
Report Story 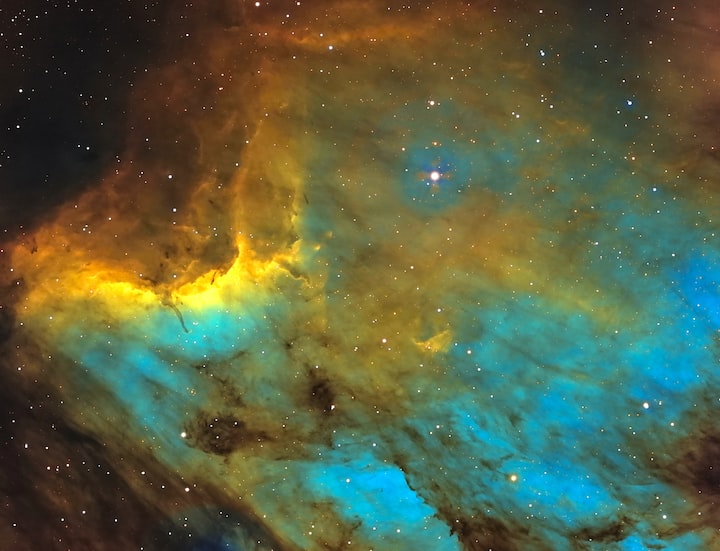 Photo by Chen Liu on Unsplash

Nobody can hear a scream in the vacuum of space, or so they say. “That’s just one scream singular…” I thought to myself after hearing that fact yet again. “The space station has over 100,000 residents with 5000 employees so I’m sure something would hear us if anything went seriously wrong and we ALL screamed.” I further assured myself while rolling my eyes and continuing to listen to the community acclimation orientation. The space station community is one of the newest and most luxurious ones ever. I had proudly been selected out of hundreds of thousands of applications for a lead service position onboard. It was my arrival and understood that the space trip would be my first and last as ALL the positions were under lifetime contracts.

I was ready to leave my former life behind and hadn’t given it a second thought when I applied and was then unexpectedly selected out of the many others who had also applied. I was excited to tour the employee areas next and was in the best of moods while some others seemed to be second guessing their decision afterwards. Each different guest area was more amazing than the last as we were shown every section, amenity, and feature. I had no idea it was going to be so interesting and was only more thrilled the more I saw. Not only is it opulent with every luxury but very technologically advanced so everything is both comfortable AND convenient I noticed. There would be very little for me to even do with the automation performing most of the actual tasks.

It was very late at night (actually the very early morning) when the group arrived so most guests were sleeping. We were told these were also the hours we could utilize any of the guest amenities as long as no guests were present. “Another great benefit!” I thought to myself continuing to listen to the tour. It struck me as odd if not morbid at that moment that ANY orientation would include and repeat such an ominous statement… “Nobody can hear a scream in the vacuum of space, or so they say”… “Why would they keep saying that?” I wondered but immediately became engrossed in yet another guest environment we were being shown and forgot about it.

Finally, we were at the part I was most interested in. We had reached the “Extraterrestrial Interactions Experience Area”! I was looking forward to that most of all for the entire journey and had heard nothing but amazing stories about meeting extraterrestrials. I was very disappointed when I was told the tour was being cut short at that point as that it was already occupied. However, why should I be upset when I have the rest of my life to experience that TOO? We were then rushed to see the employee accommodations next. They were quite different from the guest areas. That was when a few of the other trainees began to cry.

I don’t know why some of them were so upset because the accommodations seemed very comfortable. Each employee has a completely private portal. Although, the portals are a bit small they are more than large enough and completely private unlike the many other space stations that require staff to share accommodations. We were told what personal items we were carrying could be left in our portals and that the rest of our effects would be delivered to them as each one was assigned. At that point one new hire became inconsolable and kept sobbing. They sedated the new employee who stayed behind in that area as we were all given a break before being led to see the areas we had yet to be shown exclusively for employees.

More stories from Christopher “CJ” Herring and writers in Horror and other communities.