by You - sky 2 months ago in fiction
Report Story 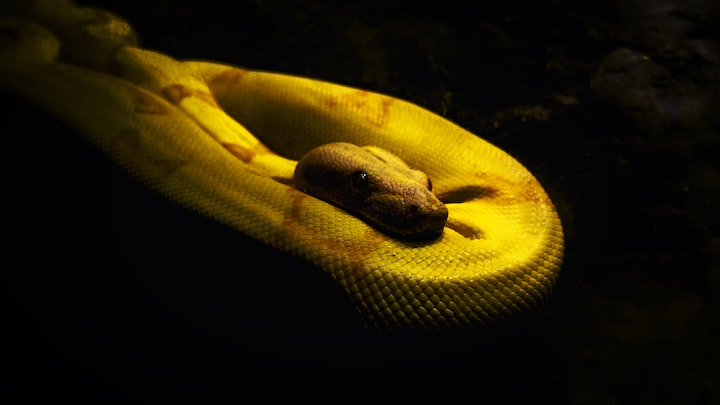 Photo by Ivy Law on Unsplash

Cai Zixi, the new magistrate, received a report this morning that Ding Erhui, one of the chief constables under his command, had suddenly and violently died at home for some reason. Cai Zhixian then brought a group of pallbearers and other people rushed to the deceased's residence, to see his deputy Sun Xiancheng had arrived in advance, Cai Zhixian to Sun Xiancheng simply asked for some information, and immediately ordered people to start investigating the scene. The coroner quickly reported after the initial autopsy that Ding Erhui's face was blue and his pupils were dilated, so it was initially guessed that he had died of poisoning.

Cai County called the family of the deceased to help the government investigate the case, hoping to find clues to solve the case. When a concubine of the deceased looked up and saw a painting hanging on the wall, she suddenly shouted, "Your Honor, there is something strange about that painting, the master may have been bitten by the poisonous snake in the painting! Cai Zhixian and others took a look at the painting, which was a silk painting called "Spiritual Snake Praying for Blessing". The concubine explained with trepidation that she remembered very clearly that when Ding Erhui unfolded and hung the painting, the snake on it had its mouth closed elegantly and its head raised high, as if it was praying for the master's peace and good fortune and blessing for life, but somehow it had now turned into a fierce god! At this time the spirit snake opened its mouth wide, creepy teeth stained with blood!

Sun explained that the local people believe in the snake god, every first and fifteenth day set up incense, and pray for the snake god to bless the family's well-being. But once someone has angered the snake god, it will reveal its power and take its life. Cai Zhixian listened without comment but ordered the pallbearers again on the body of Ding Erhui carefully examined to see if they could find other clues to help solve the case. Who knows that the pallbearers check the legs of the deceased, and found a pair of unmistakable snake teeth marks, Ding Erhui died of snake poison!

Is it true that the snake in the painting took the life of Ding Erhui? Cai County is struggling to figure out how to find the real culprit who killed Ding Erhui, another similar bizarre murder case suddenly occurred. Jin Hu, one of the leading wealthy families in the county, was bitten to death by a poisonous snake at home, and the killer was a "hundred snakes" hanging in his bedroom. When the family found, Jin Hu has long been dead, their mouths were stained with blood from the poisonous snakes back to the painting, staring at the dead with big ferocious green eyes.

Painting by a Taoist nun

Due to two incidents of snake paintings taking lives one after another, the whole county became frightened. Cai County knew that if the truth of the case was not clarified as soon as possible, it would be difficult to stabilize the restless public. After investigation, the snake painting in the deceased's home was purchased from the Green Snake View, 20 miles east of the city.

The daughter, named Juehui, has an amazing skill in painting, especially in painting snakes, and the snakes painted with her brush are simply lifelike. The snake paintings worshiped by the local people were all by her hand.

When Cai and Sun went to visit the Green Snake View, they were amazed to see snakes of all sizes crawling on the branches of trees and in the grass. When they heard that the local parents had come to visit, the old Taoist welcomed them with a smile and drove the scary snakes to the gate. After exchanging pleasantries for a while, the governor stated his intention to meet Juehui and her hand-made paintings. The old Taoist then summoned Juehui, who came with a spirit monkey by her side. The old Taoist explained that the monkey had been trained to prevent the snakes he kept from hurting people. Juehui was ordered to paint on the spot, and in a short time, a beautiful "flying snake" was displayed in front of the crowd.

Cai county back to the county office after the "flying snake" hung up day and night to observe, three days passed, and the painting is still the same, so he came to the Sun county magistrate together for details. After the arrival of Sun County Prime Minister is also meditating on the painting, Cai County in order not to disturb him, went out alone to busy with other matters. A few moments later, someone heard a scream from the study. When Cai County arrived at the news, he saw Sun County magistrate's lips were blue and purple, his eyes were full of panic, pointing to the painting on the wall: "Snake, I was bitten by the snake in the painting ......" before he finished his words, his eyes closed after a twitch. Cai County took off the "flying snake" bit by bit again carefully checking, surprisingly, from the hollow bamboo tube found in the painting shaft snake dung! So far, Cai County finally concluded that the case of snake wounding is what the father and daughter did. By the time Cai County with the constable rushed to the Green Snake View, the Taoist father and daughter had long disappeared, leaving Cai County only a letter stating the cause of the so-called snake painting murder.

Many years ago, the city's wealthy Song family took in a little beggar named Jin Hu, the Jin Hu grew up to revenge, greedy for the Song family's assets, together with the unemployed hobo Ding Humeri and to borrow money from the Song family failed to grudge Sun County magistrate, designed to collude with the green bandits to rebel against the court of the crime of the Song family, resulting in the Song family fell a tragic disaster of the family. Jue Hui is the daughter of the Song family. She was hidden by the family servant and escaped a disaster, but when she grew up, she learned the art of snake taming and snake painting. Using the cover of the night, Juehui crawls into the house with a poisonous snake and bites his enemy to death, while the trained monkey replaces the snake painting on the wall with another one, causing the illusion of a snake painting to claim his life ......

Fate is unchangeable; all that can be changed is our attitude toward it.

More stories from You - sky and writers in Horror and other communities.