Two teens in a graveyard; what could possibly go wrong? 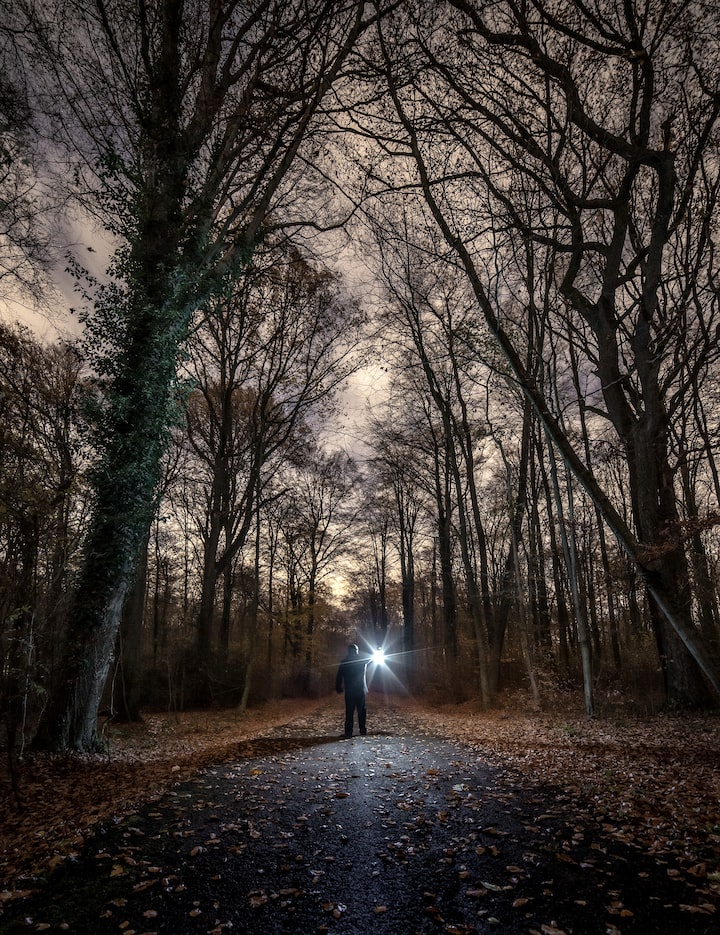 Photo by Evgeni Tcherkasski on Unsplash

[Barb] “I dunno. Why don’t we drive up to that old cemetery by Sandy’s house?”

What could possibly go wrong?

This was, enchantingly, a long-forgotten time before the internet, before social media, before cell phones. Shenanigans back then were not captured as easily for all the world to ogle and share. All we had access to at the time were ancient C-110 film cameras and actual landlines, and we didn’t have anything else between us at the time for real communication. I don’t believe our county even had 911 at the time. We just knew we wanted to go for a spooky walk in the cemetery, maybe meet a few ghosts, a vampire or two. Who knows?

I drove because I had just started community college, and I had the license. My car at the time was a snazzy 1981 Dodge Omni with louvres on the hatch, a distinctively sweet ride. Freshly washed and vacuumed for the occasion, too. It was a two-door, 4-cylinder banana of fun that had taken us on many adventures before. I once had the fake mobile phone antenna on the top of the car to make it look like I had prestige and class. The theme of the night compelled us to dress in dark clothing because it was, you know, Halloween. We wanted to keep with the death & candy vibe we had going on.

The small overgrown cemetery was just known to locals. Our friend Sandy lived in the development close by (the subdivision where “Edward Scissorhands” was filmed, by the way) and told us the road past her subdivision entrance was just a dirt road, but there was certainly a cemetery back there somewhere. It was on the map, but she’d never been there; she wanted to know why we asked about it.

“Are you two NUTS?” she asked. “You’re going to an old cemetery? on Halloween? Just the two of you?”

Michele and I looked at each other, slightly insulted. “Um, yeah. Wanna come along?”

Sandy slowly shook her head with the look of a sage who knows better. “No, I’ll pass. Ya’ll be careful.”

We’d be careful. We were strong, mature women (18 and 15). Michele, a fiery redhead who stood 6’0” barefoot, and I, the plucky driver of a yellow car. Of course we knew what we were doing. We wanted to see ghosts. In an old graveyard. Down a country dirt road. In the dark. On October 31st.

We waited until 9:00 or so, dark enough to make it even more interesting. I don’t recall if we had flashlights; those were for sissies. The headlights on the car would do, and besides, we weren’t planning on staying there long. Just a short peek around tombstones, run into some spider webs, exchange some silly scares, and we’d call it a night.

With Michael Jackson in the cassette player singing “Thriller” between corny Halloween songs on the radio, I drove down County Line Road, undeveloped and unfinished at the time, and we headed off the paved road (i.e., safety) onto the dirt road with high weeds on both sides (i.e., the terribly unknown). The ground in this county in its natural state was mostly sand and limestone, but a lot of use on roads like this after rain often compacts the dirt together and makes it seem like pavement. That’s what most of this road looked like; I’m sure it was from people visiting the cemetery in the daytime, a very normal time to go.

Many turns in the road, illuminated by my headlights, lead up to some white patchy sand up ahead. I slowed down, and then downshifted to 2nd gear, expecting a hole or dip in the road. I released the clutch and stepped on the gas. We didn’t move. I stepped on the gas and heard the whine of the engine, not a good sign at all. We were stuck in the sand.

That’s ok. We watched movies and knew to lift the back end of the car to get it out and moving. Michele got out and walked toward the back of the car; she was a strong girl. I tried putting the car in neutral, and I felt her rocking the back of the car to move it out of the pit I created; nothing. No movement. Just the sound of the engine racing when I attempted to put it in gear again.

I had my window opened and noticed sand flying by my door when I hit the gas. “Shit!” I shouted to Michele. “This has front wheel drive. I just dug a hole with my front tires. The stupid front end of the car is almost buried.”

Michele’s face betrayed a wee bit of fear. “What are we going to do now?”

The wise one, I developed a complicated plan. “I guess we lock up and head back. My dad’s not gonna be happy,” I confessed. “We can go to Sandy’s house and use her phone.”

That’s when we heard rustling in the bushes, leaves moving in the overhanging branches from the scrub oaks, through the woods near a cemetery. Zombies? That’s ridiculous. Michele’s eyes widened with fear, and she stood on her tiptoes when she got scared. This made her even taller. “We’re gonna die! We’re gonna die!” she repeated over and over, the pitch in her voice going even higher as she grabbed on to my shoulders.

“Shhhh! I got this. I got this.” I didn’t. I’m out here with my best friend, and we got weirdos in the woods. Someone with a lantern or weak flashlight was walking out near the front of my car from the out of the dense brush. Now there were two unknowns. We conveniently noticed they were wearing camouflage, and ski masks covered their faces. A third guy showed up. This did not bode well.

I hushed her again and addressed the camo boys. “Excuse me, do you know the way back to the main road?” I asked, my heart beating so loud I thought they could hear it. I choked a little on my spit.

First guy said, “You know, there’ve been sightings of a guy with a machete in these woods.” He kept walking toward us. “Are you two alone?”

We were dead. We’d grown up watching The Shining, Friday the 13th, Halloween, and Trick or Treats. We knew what happened in this part of the movie. In the morning the cemetery caretaker would find our bodies hanging from the trees, vultures pecking out our guts, faces frozen mid-scream. I might have peed a little.

I pointed to the car. “We’re stuck. Can you help us move the car?” I felt my voice get higher pitched. I’m supposed to be the brave one. Her parents were trusting me to bring their sophomore home before 11 on a school night. How much more helpless could we be? Flightless birds in front of ravenous wolves. We looked at them, wondering if one of them were secretly hiding the machete behind his back.

Michele, right behind me, looming at least 7’ tall now, kept saying, “We’re gonna die. We’re gonna die.” All three of them were in front of us, our backs against the car. Why we weren’t running by then, I don’t know. Either we were transfixed by abject fear, or maybe I didn’t want anything to happen to my precious car. Either way, we were doomed.

One of the guys said, “Michele?”

I freaked out. We hadn’t mentioned our names. I felt Michele’s hand on my shoulder relax a bit. “Alex?” The tension in the air dissipated when I realized they knew each other. “From school?”

“Yeah,” Alex said and pulled off his ski mask. “Who can miss a redhead taller than anyone we know? What the hell are ya’ll doing out here?”

“Barb wanted to go to a cemetery on Halloween.” Nice going, ‘Chele, throw me under the bus, why dontcha. “We got stuck. Can you guys help us?”

“Sure,” he said. “If you can give us a ride back. The guy with the machete is still out here.” Why did he add that? The guys moved to the front of the car and maneuvered it so my wheels wouldn’t spin. They easily moved it to a grassier area so I could get some traction. We were free.

As promised, I let them pile into the back of my car, and Michele recognized the other two once the masks came off and they dug into the one bag of Halloween candy we had. She was still in high school with Paul and Mac. I drove back toward the main road and let them out near a street not far from the direction of Sandy’s house. They tumbled out of the back seat, and we thanked them, they thanked us. We never did make it to the cemetery that night.

Michele asked one last time as they turned to go, “Is there really someone out there with a machete?”

“So why are you guys out here scaring people?” I asked.

Ready for a new direction after 32 years of teaching high school English. I wrote my first poem about green socks in 1977; I hope I've improved since then.