Rise of the Undead

by Adriana M. MD, PhD. 8 months ago in supernatural · updated 4 months ago 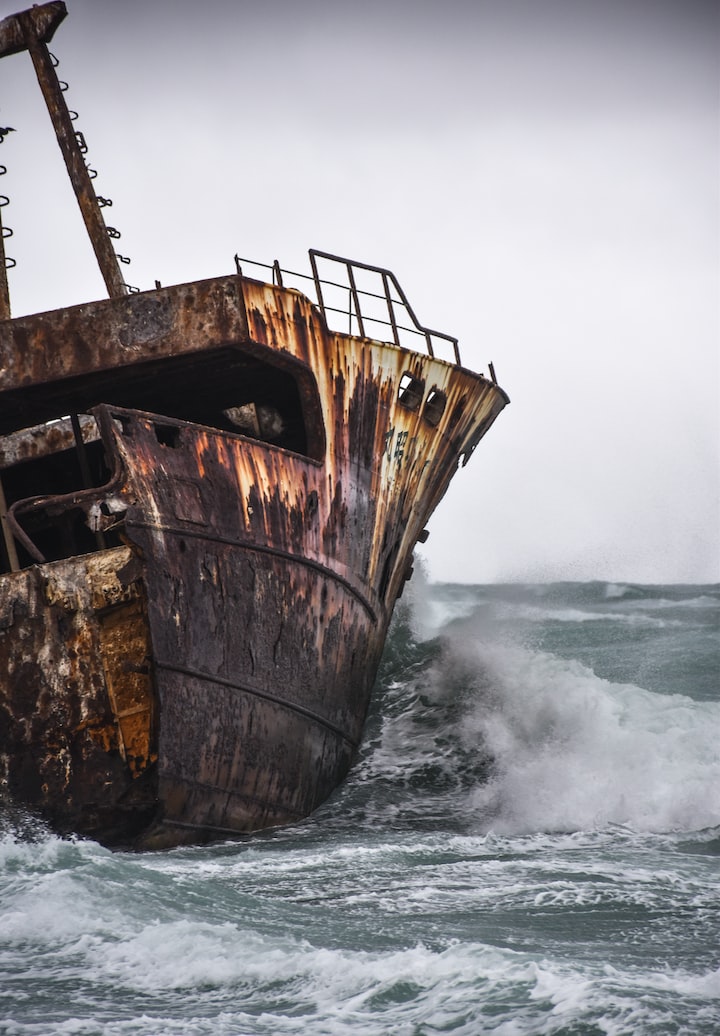 Photo by Jay Dutta on Unsplash

My hands hurt from the sharp cold of this October dawn and from holding tight onto my scythe for dear life. When I say for dear life, I mean it in a literal way: the grim reaper tool is the only thing standing between my humanity and an undead existence. Or should I say what is left of my humanity? I can feel it disintegrating, shading off, dissolving into oblivion. Maybe that is why I volunteer to stand guard here, on the river’s edge. Who in their right mind would stand here willingly? Knowing what’s coming, only madness can explain my resolute stance as I guard the port.

Civilization collapsed over fifty years ago. We used to keep track of time on calendars, on electronic devices. I have vague memories of them, of a time when life was an endless loop of waking up, eating, washing, fulfilling tasks that now seem absurd, like attending schools or going to jobs in exchange for money. That’s a curious concept, money. Printed pieces of paper were exchanged for essentials like food, but primarily for stupid things like televisions and computers. All reduced to useless trash after the asteroid hit. The impact destroyed the power sources that fueled those time-wasters but, worse than anything, spread the contagion.

We knew back then about viruses and bacteria, microscopic organisms that transferred disease from human to human, but the contagion was something different. The few scientists that survived the impact tried to understand what it was, but they had lost all of their tools. Not that we needed such tools anymore: an ancient term was revived to explain what the contagion was: a miasma. A bad air. A toxic emanation. It escaped from the core of the asteroid and invaded the nostrils of the survivors within its reach. The miasma condemned those miserable souls to the worst possible faith: not death or disease, but the inescapable torture of becoming undead. Sentient corpses that rotten while still aware.

Zombies, some call them. In their desperation, those doomed creatures thrust toward the living, like corrupted children seeking sanctuary. They perceive the scent of life and crave for it; their desperate bodies cry and reach, trying to consume the living force in some way, but their rottenness is more potent than the fickle scent of life. The miasma emanations invade the victims, suffocating the life out of them. No destiny left but to join the army of the condemned.

The only way to stop them is to separate the body from its rotten brain while keeping enough distance to avoid breathing the miasma. That is why the scythe is the preferred defense weapon for us survivors. Suppose you can learn to handle a long, sharp blade attached to a six-foot pole, your chances of surviving an encounter with the undead rise from zero to about twenty percent. Being exceptionally skilled with my tool, I have overcome my odds more than anyone I ever knew. I have confronted the zombies three times and lived to tell the tale. Statistically, I’m way past my expiration date. My next encounter will for sure be the last.

Not that I care that much about continuing this perilous existence. After all, the worst plague of our world is not the undead but the living. Corrupt leaders indoctrinate their followers to turn against other surviving groups to capture their resources. And they have discovered the most devastating weapon of mass destruction: the armies of the undead. The surviving communities huddle around the few remaining bodies of water, like the river by our camp. Since the death of the industrial age, the waters have cleared out, sustaining the animals we hunt and us. Other groups covet good hunting areas like the one my tribe inhabits, so they aim to eliminate us.

A madman that calls himself Koolaid is the sadist that devised the worst killing machine: the Ship of Fools. Inspired by some old writings, he trains his most gullible followers to become warship crews like the ancient Vikings. They are young, raised for this purpose only, isolated from the rest of the world, their parents murdered, so they cannot warn them of what’s coming. When a group of them is ready, they embark, piled up in the boat, to attack our shores. They are offered a last supper aboard the vessel with abundant, potent libations, so they drink themselves unconscious. The ship is then left unguarded, a fragile gangplank still on it. The concentrated scent of living human bodies piled up in a boat attracts the undead. All that is needed is for one of two of them to climb aboard. As the ship wades downstream, every single passenger turns into a lifeless wanderer. Their brains still fresh enough, they’ll attempt to maneuver the boat towards the nearest living tribe. The ship would crash against the shore, and the creatures crawl out of it, desperate for a relief that will never come. And their desperation is the downfall of those in their way.

The pale light in the horizon reveals the deadly shape: a boat approaches. The pain in my hands vanishes as I grip the scythe tightly. My coarse throat shouts the warning, possibly the last words I will ever say:

“Ship of Fools, dead ahead.”

If you enjoyed this story please share it with your friends.

Read next: The Heathers