by Winter Spring 4 months ago in urban legend

The Story of Sarah Winchester

History is littered with odd stories of ghosts and hauntings. People throughout the world claim to have spirits that follow them. However, one story stands out among them as particularly unusual. This is the events that surrounded the Winchester Family and in particular Sarah Winchester. The events that surrounded the Winchester family were so outlandish, that it was the inspiration of Stephan Kings book Rose Red.

In 1862, a young Sarah Lockwood Pardee married William Winchester: heir to the Winchester Repeating Arms Company. The young couple were very much in love and then in 1962 they were thrilled with the arrival of their daughter Annie. However, the first of many tragedies that would follow the Winchesters struck shortly after. Only five weeks after she was born the young Annie became ill and tragically passed away.

The grief-stricken couple mourned the loss of what would be their only child. William buried himself in his work and not long after the company released the now infamous Winchester Reaping Riffle in 1873, William's father Oliver passed away, leaving his fortune and company to his son William. However, William did not get to enjoy his new role for long, because only three months after taking over the company; William Winchester died of tuberculosis at the young age of 43. 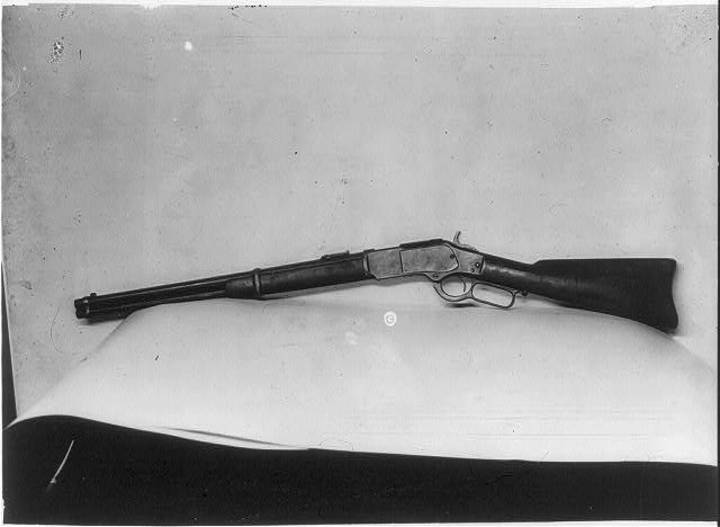 Sarah never truly got over the loss of her beloved William and soon began turning to psychics to help her find meaning into why so many tragic events seemed to plague her life. She sought the help of the well-known Boston medium Adam Coons. Coons informed Sarah that her family was cursed by the spirits of those that had been killed by the Winchester rifle. He explained that the spirits were angry because the massive wealth that she and her family had was achieved came at the cost of countless lives from the nearly 720,000 riffles that were produced.

Sarah was informed that unless she could appease the spirits, she would continue to be plagued by loss and their feel the wrath. In order to do this, she must build a house for the spirits, and she should never stop. She was told that if she continued to build, she would live forever.

Shortly after her meeting with the medium, Sarah decided to take her large fortune and invest in a farmhouse in San Jose, CA. Sarah took the small farmhouse and began to transform it into a never-ending maze of rooms that made little sense to anyone but herself. She began to build her new home to accommodate the dead. In order to do this she even hired her own staff of contractors to work full time on the house.

By the time Sarah passed away in 1922, the house had grown to have more then 155 rooms, 47 Stairways and fireplaces, 13 bathrooms and 6 kitchens. The house features several oddities, including stairways to nowhere, closets with walls behind them and doors that if opened lead to a deadly two story drop to the ground below. Additionally, Sarah designed several secret passageways throughout the home to assist her in navigating the house. 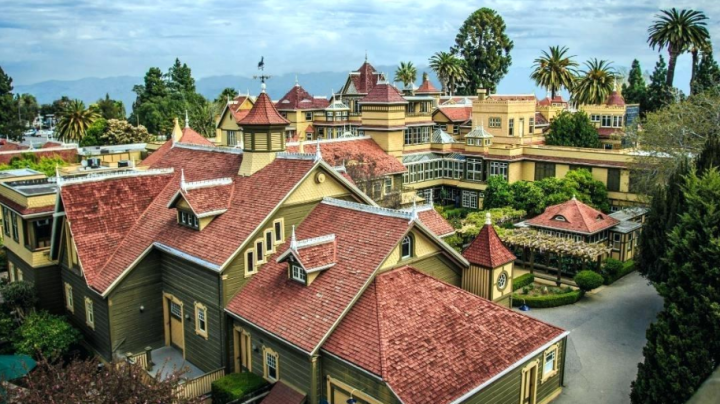 It seemed that Sarah’s efforts to appease the spirts worked and she lived a long life in the home, passing away at the age of 63. However, this is not to say that the spirts left her alone by any means. Sarah was known to retreat to her “Blue Room” on a nightly basis in order to receive instructions from the spirits who had come to reside in the house. Additionally, Sarah would make a habit of sleeping in a different room every night; this was to make it harder for any malevolent spirt that may be looking for her to find her.

There have been several ghostly sightings within the house over the years. From the ghost of one of Sarah’s many workers that pushes a wheel barrel around the yard. To the ghost of Sarah herself who reportedly still walks the halls of her massive home. Keeping an eye on the many spirts that are said to reside in the 24,000 square foot home.

Voices can sometimes be herd throughout the home, as if the ghosts are still looking for someone to help them continue to build the home. The house itself has been the subject of many paranormal investigations, including on the TV shows Ghost Adventures and Ghost Hunters. Both teams reportedly encountered several unexplained incidences.

If you think that you are brave enough to look at the house yourself, the Winchester museum offers guided tours. You can find more information on the tours offered here. One of the more intriguing tour allows you to explore some of the hidden passageways that wind throughout the house. These passageways have been closed off for over 90 years. Who knows you may even be greeted by Sarah herself, still navigating her way throughout the home.