SM
by Semaj Moore 19 days ago in slasher 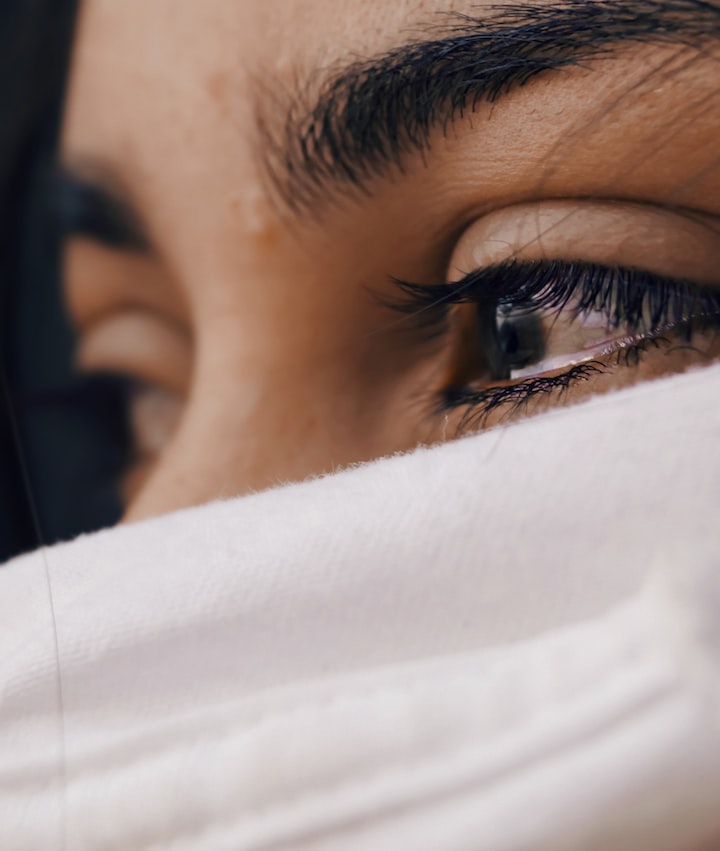 Rachel is walking home from school until she is grabbed by this man in her own neighborhood. They cover her mouth with chloroform until she passes out. She wakes up in this small room and she's chained to a bar on the wall. She tries getting free but can't. Then two guys open the door to the room. These were her mom's coworkers that lived down the street from them. They said don't even try to scream because the room is soundproof. She asked why they're doing this and they respond with because they can. They say they'll uncuff her if she agrees not to run or fight. They take it off and she cooperates. She knows her only escape is if she plays along. They tell her if she tries to leave they'll kill her and her family. They'll feed her and take of her as long as she makes the money for her. She realizes she is going to be trafficked so close to home. They leave and she breaks down knowing what's going to happen to her. The next few days already 17 guys has been with her and she feels disgusting and wants to kill herself then realizes there has to be a way out. She starts to see if the door in her room is able to open. She realizes that door leads to outside. She tries and she can't because it's locked from the outside. Over the next months her health is getting worse and she is feeling more sick then ever . They feed her once a day and is forced to be with 3 men a day. She is very cooperative and sometimes they give her small treats like clothes or makeup. For the treat they give her a t.v. for some entertainment. She is grateful for it and they leave. Everyday she feels more weak and weak and the men come in everyday. She found she was pregnant and lost the baby. A year has passed and now they make her put on shows for the men for more income. With one business man she was able to steal a pen from him. He leaves and she realizes she has little time to try to get the door open. She almost has it until one of the guys comes in and stops her. He throws her and takes out his knife and is about to stab her and she's able to hold him back. She kicks him and he drops the knife. She grabs the knife and stabs him in the heart then slits his throat. He falls and she tries the door and it opens. She's outside and stops because she hasn't seen the sun for over a year. The other guy comes downstairs and sees his friend dead and the door open. He runs outside and sees her running. He takes out his knife and chases her. She tries her hardest to get to her house but she steps on a piece of glass cutting her foot. She falls and screams. She is only 4 houses down from her house. She pulls it together and takes out the glass and starts running. She is in pain from the glass but still manages it to get through it. A old neighbor sees it and can't believe she's alive. They hurry inside to call the police. She gets to her house and open her gates then closes it on his arm. They she hits his head with the gate and he falls instantly and bleeds from his ears. She runs to the door where her mother can't believe its her and she's alive. Then her mother moves her and kicks the guy that was creeping on her about to stab her that we thought was dead. The mom then grabs the knife and stabs him 8 times in the heart. The police shows up and the news go crazy that she was gone for over a year and she's found alive. She tells everyone what happens and everyone sends her gifts and hopes she isn't traumatized. They move to a different to start fresh and now she is going by a different name and has a new life.