Quite the Valuable Commodity

by Michael Mayr 9 months ago in fiction
Report Story

When was the moment you fell from grace? What was the deed, the sin, that first brought you to Hell’s notice? 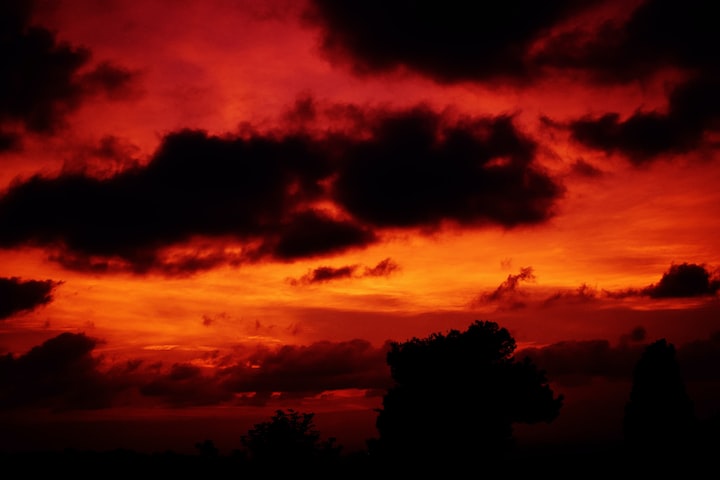 Photo by Chris Barbalis on Unsplash

Midnight. And the rain was pouring down. A cold, bitter rain. I reached into my dark coat and put my hand on the pistol’s hard and reassuring weight. The silencer was already attached. The limo pulled up to its destination, the back door opened and a man stepped out, scanning the area. Satisfied, he stuck his head back in the door and said something. I could not make out the muffled words over the engine and rain. The front passenger door opened up and another man, this one I could see had close-cropped white or blonde hair, began getting out as well. Now was the time for me to make my move.

I stepped from the shadows gunned raised. White-haired man turned toward me with something in his right hand, and I fired. The silenced round took him in the forehead and he stood for a moment making a horrific gagging sound - he was dead and didn’t know it yet. The other man turned at the din: “what the fuc..” My second round took him at the bridge of his nose, causing his face to cave in. I rushed to the open passenger door and put my next shot through the driver’s head, his brains splattered the window. Finally I turned to my target.

Middle-aged, late forties to early fifties. Blonde, well dressed, attractive. Her striking hazel eyes were opened wide in fear and her hands were up in front of her pleadingly. “Please! Please! Whatever he’s paying you, I can easily double it!” She shouted.

My only answer was the first round that took her through the right eye. I followed up with two more to the chest to be sure.

The scene was strangely quiet. Just the idling car engine, windshield wipers and...that same gagging sound, from the white-haired man. Damn. He’s not gone? He’s a tough one. I said to myself as I turned to him lying in the street. Then I saw it, the thing in his hand: a nickel-plated revolver, snub-nosed and deadly. Aiming up at me.

“NO!” I shouted as time slowed down. I tried to dodge to my left but the shots were like thunder in my ears. White-haired man was able to empty his pistol, firing wildly. I felt a burning agony as my right hip exploded and a second one as a bullet tore through my right thigh. I hit the ground gritting my teeth against the pain.

I raised my gun toward white-haired man. But he was silent and finally dead. Stupid! Stupid! I berated myself. I should have double-tapped him to be sure. And now I was bleeding. Bad. I grabbed the second guard’s corpse. I quickly pulled off his tie. I needed to stop this bleeding before I went into shock and bled out. I tied a tourniquet around my right thigh. There wasn't much I could do for the hip. The pain made me nauseous as I started to crawl.

I had to make it to the car. If I could make it there I had a chance.

After a slow agonizing crawl I made it to the car. With a supreme effort of will, I was able to pull myself to the driver’s door, open it and get inside. After a minute of letting the pounding in my head subside, I reached for the key and inserted it into the ignition...

I awoke with a start. The sound of the open driver’s door woke me. I must have passed out. It was then I realized, I was not alone.

She was middle-aged, late forties to early fifties. Blonde, well dressed, attractive. Her left eye was a striking hazel. Her right eye was a blood rimmed hole. Gone. She was my target.

“What?!” I shouted. “Pull it together, it’s just the pain and loss of blood.” I said aloud.

Really? Are you really so sure? The dead woman said to me, Her rich feminine voice buzzed in my mind as much as my ears.

Ghost? Oh no I am not that. I am not that at all. But enough about me. This is about you. Do you know what you are? A cold-blooded, passionless killer. That’s what. And that is so very rare. So tell me, when was the moment you fell from grace? What was the deed, the sin, that first brought you to Hell’s notice? Or at least my notice. Do you know? I heard a hint of laughter in her voice.

Really? Is that what you believe? Is that how you have killed so many men, women, and even children without so much as batting an eye? I must say, I am impressed. I have met Nazis that ran gas chambers who had more of a conscience than you. She said to me.

I turned to look at her, but before I could respond she continued: oh don’t look at me like that! I have had my eye on you for a very long time now. I know you better than you know yourself.

“You are not real! You are just a hallucination. Caused by blood loss and shock. I am going to start this car. Get to the hospital and forget about you!” I shouted without looking at her.

Start the car? Get to the hospital? Oh you poor, poor child. Look out the window. She commanded.

“No!” I shouted back stubbornly. I felt her hands on either side of my head, forcing me to look left.

You never made it to the car. You bled out and died about twenty feet away. Despite the darkness I could see myself, lying face down in the dirty street in a pool of dark red.

“No.” I whispered loudly.

Oh yes. But that is the past, it's time to look to the future. But first you must answer my question. So I ask you again: When was the moment you fell from grace? What was the deed, the sin, that first brought you to Hell’s notice? She whispered almost seductively in my ear.

Suddenly I was no longer in the car. I was young again, barely a teenager. I held a brand new icepick in my hand. I caught him by surprise as I stabbed him in the left temple. The icepick sunk up to the handle. I let it go, and he tried to grab me, before falling to his knees. I turned and ran. But I remember, I felt nothing. Not elation, nor fear. Nothing. Killing him was like stepping on a bug....

You are quite the psychopath. In your world, that makes you a monster. Here? Oh you are quite the valuable commodity. That’s why I came for you personally. I hope you appreciate that.

I turned to look at the woman. But she was a woman no more. Standing in her place was a true monstrosity: a huge blood-red gargoyle. Multi-horned and clad in piecemeal armor of beaten brass. Despite its form, it still bore the air of femininity. It was more than twice the size of the tallest man I had ever seen, and its vast bat-like wings were spread out covering at least a 20’ span.

I tried to run but she was too fast. And grabbed me in a clawed hand. Lifting me to her face, I looked straight into her maw of shark-like teeth and black-on-black eyes. Oh no. No, no, no indeed. That will not do. Like I said, I have had my eye on you for a long time. That is why I came for you personally. To keep the others from taking you. Now I will give you to the tender mercies of the shapers and they will break you and remake you. And soon you will be a captain highly placed within my armies. She said to me in the same rich, feminine voice.

“No! Please! Please!” I screamed and tried to wriggle my way out of her vice like grip.

Oh stop fretting! Finally some passion? Yes, there will be pain. But there will also be pleasure and most importantly: change. But you will soon be doing what you do best: killing. But forever more you shall only kill for me…

She held me up in the air and a yawning pit opened below me. I looked over my shoulder and beheld even more horrors. Tall, inhuman beings who stood amongst what I can only describe as machines. Devices that were equal parts metal and flesh. I took these to be the shapers she had mentioned. I looked back up at the monstrosity that held me. “Please! Not this! Anything but this!” I shouted. But even as these desperate pleas left my mouth, I recalled the many times my targets, my victims, had similarly begged for mercy. The gargoyle, the demon, then dropped me.

And then I heard it. It would not be the last sound I would hear as a human being, that would be my own screams and pleas as the shapers began their infernal work. But this sound would be one that would dominate my existence forever more. And it was the dark and sadistic laughter of my new mistress.

More stories from Michael Mayr and writers in Horror and other communities.