by saima 2 months ago in fiction
Report Story

A story of a brave man 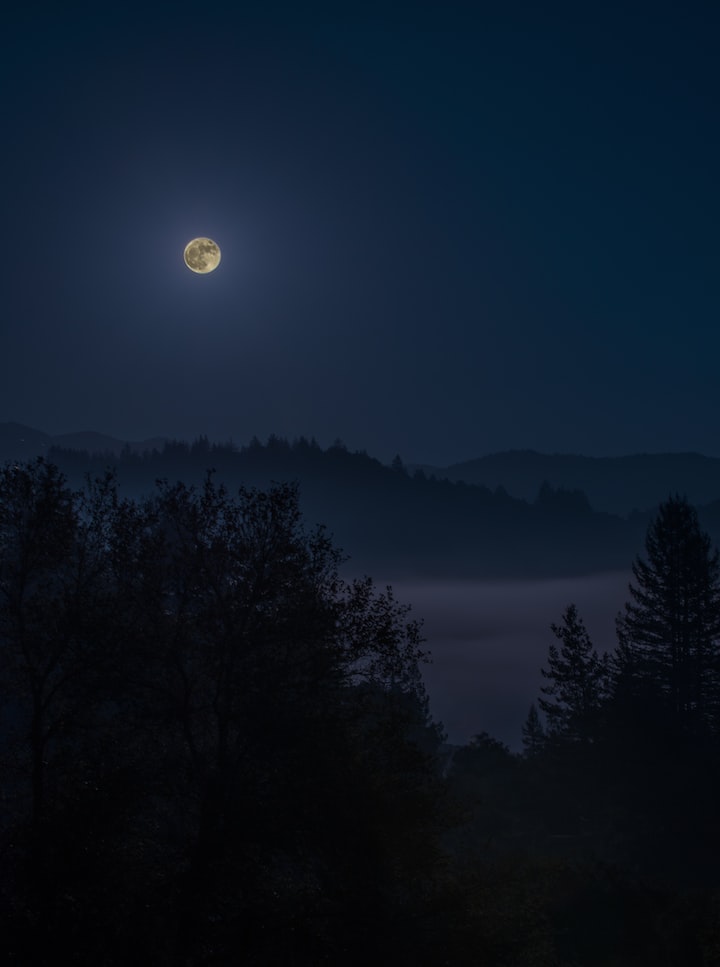 Photo by Jeff Nissen on Unsplash

It is a story of a person who worked in a hospital and there he post mortem the dead bodies and he was known for his specialization in this field. Anthony was a strong man of 50 years old. He was quite healthy person. He had been working in a hospital for many years ,and he was famous to deal with those bodies too who were crushed badly or rotten for any reason others avoid to do post mortem of such bodies bud Anthony did his work courageously

Anthony finished his work early and went to his home passing through a jungle. His colleagues asked him if he ever afraid of such kind of spirits or evils, etc..

He boldly replied, never. he even making fun of such creatures and did not believe on their presence, so in hospital people thought him very brave and dashing person.

Anthony had a friend in the hospital, named Dr Joseph, they were very fast friend and knew every thing about each other ,s life.

Once he was busy in is work at that time Dr Joseph rang him up in very angry ,and asked for some help. Anthony soon realized something wrong with his friend.so he left the work and want to meet him in his room.

There Dr Joseph was walking in his room in great anger, Anthony hold his hand and asked the reason of tension ,so doctor joseph told about a person whom he had not good terms abut many days and now he wanted to remove him from hospital.

It had been done so many time before, when Doctor joseph had some differences with someone ,he used to deploy him in postmortem section and next day the person used to leave the job, so again Doctor joseph played the game again with someone else and he assigned the work to Anthony

It was the Donald who had some differences with Doctor joseph. Doctor joseph asked Anthony to make him so scared that he left the job. Anthony nodded his head and went away.

the very next day Anthony came on his work and went on his postmortem section while going he was thinking about Donald and there was a cruel smile on his face.

He entered the room, there was a dead body laying on stretcher, and a boy almost 40 years old was sitting besides the stretcher, Anthony asked his name and then ordered him to wear gloves and coat. Donald was looking at the stretcher, Anthony removed the cloth from dead body, Donald got frightened very much and he covered his face from his hands, Anthony gave laughter and tried to humiliate him

Donald removed his hands and got courage and began to see the dead body. the head of dead body was completely crushed and his face was completely dis appeared. Anthony said that it was beginning and next we were going to take out all his organs from the body.

Donald asked him would the spirit not feel the pain of his dead body, while we were cutting his body. Anthony again gave a laughter over his thinking, and completely rejected the thought of spirits.

As we know already that he had not trust about the presence of evil, spirits etc, further Donald said that the person is killed under an incident, Anthony said to him how did u said so confidently.

Donald said further about spirits that we should accept their presence. they had existence. but Anthony bluntly refused his belief, again he started his work he cut his chest and bring out his lungs heart and intestine and showed to him and said that he had damaged his lungs due to smoking, by saying so he put a glance on his pocket where he could see cigarette case.

Anthony advised him too to avoid smoking otherwise u would too loose your lungs, after completing postmortem of this dead body he covered the corpse with white cloth and then he moved a head

there was another dead body on the stretcher that was brought recently, Anthony moved to wards that body and when he removed the cover over the body, he was shocked to see the body ,then he began to read the report of dead body he was reading the report he looked pail,

in the meanwhile, doctor joseph came there with his friend Alec and asked Alec about dead body, he informed him that Anthony died in the morning due to heart attack.

Doctor asked Donald are you afraid of postmortem of dead bodies, he replied that he never afraid of any anything whether evils or spirits.

Alec gave a louder laughter and rejected the presence of evils and spirits, t hen Donald replied him that Anthony used to say like this and then he gave a cruel smile, and began to see the Anthony dead body.

More stories from saima and writers in Horror and other communities.