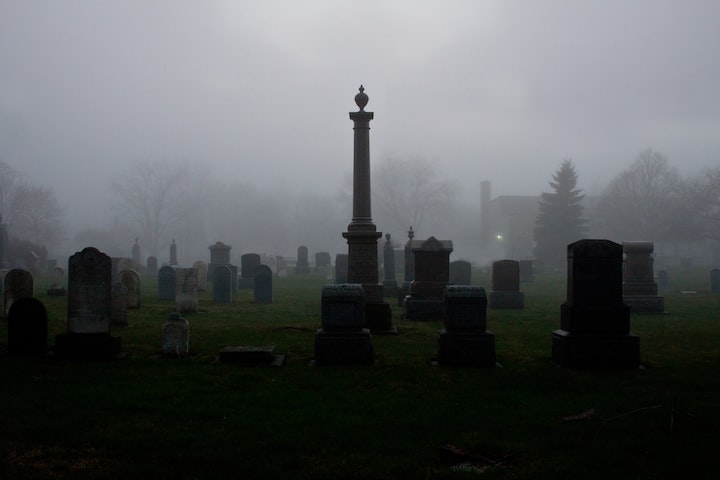 Hey All you Boos and Ghouls!!

Welcome to the hereafter blog with the treats and tricks to turn your afterlife into the after party. The only blog that's written by and for the dearly departed creatures. Just because we’re dead doesn’t mean we can’t live a little.

Music is the gift that transcends beyond life through the thresholds of death. The same old melancholy melodies from our Grandghosts generation can leave you feeling like mundane dead weight. This updated soundtrack will help motivate you, while you get up to the most devious of mischief and mayhem.

Night after night of undead living can sometimes feel a little monotonous. When the Veil is thin, I like to pop above the Underworld while jamming out to 3OH!3 with their song “Follow Me Down”. I always end up luring a sweet-faced unsuspecting fella to come back to the crypt with me. Boys are always so willing to help out a little damsel. I almost always get them back home before dawn breaks. You could say that I put the "Dam" in damsel.

A big Blessed Be to all my Sister Witches. I know most of you feel as if you have unfinished business. This eerily upbeat version of “Season of the Witch,” will have your boots tapping while brewing a potion, creating a hex, or cursing an enemy.

Down the road from the local Boo-House lives Tom the Undertaker. I encountered him a few times on my nightly meanderings. His distant brooding was intriguing enough that I was dying to get to know him. When I had the opportunity to dig a little deeper into who is Tom the Undertaker, I didn’t let the chance pass me by. It was a bit surprising to learn that the song “Bury a Friend” by Billie Eilish is his preferred work jam. I feel that song would be more appropriate for a gravedigger. After spending more time with him I learned that he takes the title of the song to heart. A most unfortunate circumstance for those who have called him a friend. However, when he gets to work “burying a friend”, they are most definitely calling him something different.

In life, we lived as typical creatures of darkness would do. Naturally causing havoc where we thrived. The powers that be, who deem it their right to control the universe, believe that down here is the only suitable place for us. Heaven knows that we have more fun down below. “Terrible Things,” by April Smith, and “Heaven Knows,” by The Pretty Reckless will help to ease our pain of not being in the land of the living.

Delta Rae has a song that always speaks to the demon in me. “Bottom of the River,” makes me want to curse a small-minded town. I can feel the townsfolk gather with their pitchforks and torches in a failed attempt to chase out the evil plaguing their town. Doing so leaves them vulnerable, unprotected, and ripe for picking. The mere thought of inciting fear into a small-minded town gets my blood rushing. Well, if I had any blood.

On the same album, they offer another song that any devilish heartbroken fiend will find themselves wishing for their long-lost love. “Dance in the Graveyard," will certainly make you want to frolic in the graveyard with you amore. Also, when listening to this song, visions of Calacas dance in my head. It makes me wish I had someone to celebrate Día de Los Muertos with.

If you should find the need to take a stroll beneath the moonlight to unleash your inner beast, don’t hesitate and just do it. The next group of songs are perfect for a lone wolf or a group of party animals. “Howl,” and “The Wolf,” are perfect for the solitary run. When you’re in party animal mode, I suggest “She Wolf,” “Wolves,” and “Running with the Wolves.” There’s quite a bit mentioned in the titles about “wolves,” but wolves tend to be quite self-centered. They enjoy any attention they can. Just one bit of advice, if you ever come across a solitary wolf in the woods, you better run the other way.

Just before I leave you, I strongly suggest listening to any music by Hollywood Undead. These undead group of singers have snuck their way into the land of the living and have been able to keep the fact that they are undead a secret.

My final song for you is catchy, upbeat, and is sure to make you laugh out loud. Each playlist needs a “what the hell am I listening to?” This song is sure to do it. “Re: Your Brains,” is sure to get any zombie’s mouth salivating. It’s a bit of an outlier considering the flow of melody from the other music but just one listen will have your dried-up veins oozing with laughter.

Enjoy this selection of musical gifts given to us by the living. They may have created the music but they are not the only ones who get to enjoy it. Music can spark life into your afterlife hauntings. Whether you choose the classics or choose to venture out of the coffin music, you do you Boo!

More stories from Rosemary Kash and writers in Horror and other communities.