My Two Week Struggle With A ZOmbie named Clarice

by Melissa Eaves 2 months ago in halloween

As observed and substained by her boyfriend Bob 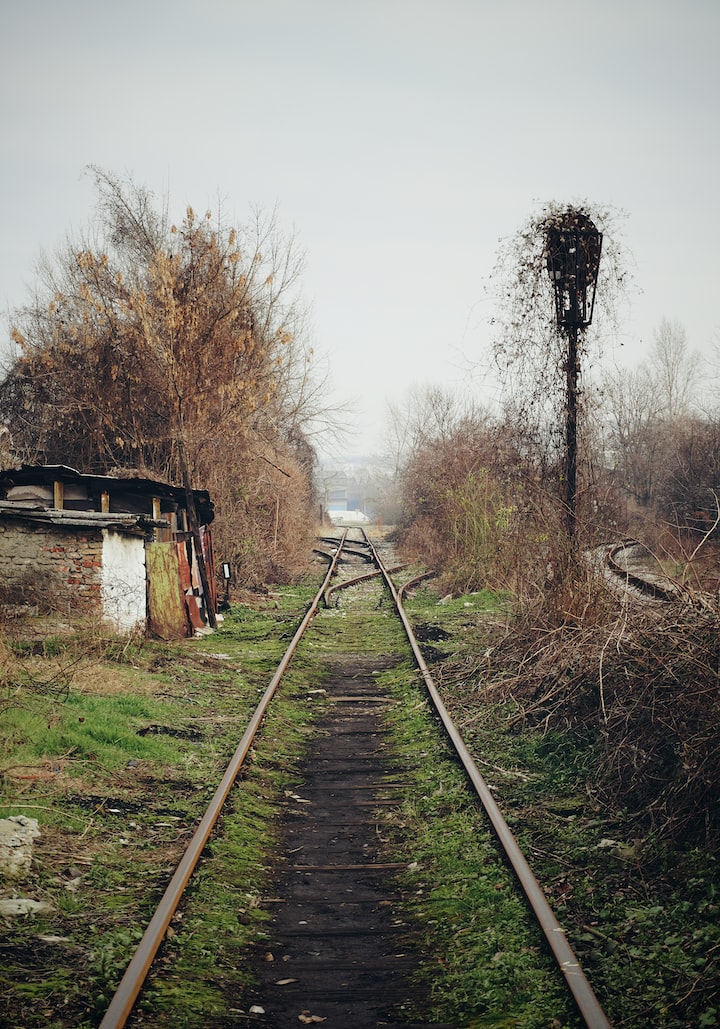 She screams like a bitch. Sobbing she pleads, and in the instant of resuscitation is back onto me, all of my strength is consumed by holding her gnawing face from mine.

She is dirty, she stinks and her breath smells like rotting fish and bug spray as I hold her gaping, snarling face inches from mine.

She is relentless, I slam her off of me and down. I do this over and over and she keeps coming. I struggle for breath, and glance for a weapon. My eyes are glazed, and all items reachable are off bounds as she jumps back onto me in a sumo style squat, and the wind rushes from my lungs. The smell coming from her is a cross between raw sewage, tuna, and rotten potatoes. I swallow bile and gather strength.

Summoning every bit of strength I have, I pull from the earth.I pull from my mind, and summon will and strength from recesses of my heart and mind I didn't even know I had and throw the snarling mindless thing onto the ground. I leap up and in a smooth straddle, am on top of her, my fist is slamming into her temple, reflexively until the thing stops and lays still.

I fall off of it, topple to the ground and lay on my back, catching my breath. My heart is hammering, my mind is overwhelmed, and my body is screaming in pain from exertion and adrenaline.

The thing groans, stands up, and comes hurtling back at me. This time she catches me off guard and does not let up...For twenty minutes I wrestle with the rotting corpse flesh thing. And then, she stops. She staggers back onto her haunches/ legs/ things and sits down on the ground legs splayed in front of her.

And speaks. "My name is Clarice," she says, with spittle flying from her lips. She wipes a snarl from her lips and grimaces, and chokes. "My boyfriend hates you." I can smell the rot pouring from her mouth. "Cantankerous bitch!" She spat the words at me as a personal affront.

The hostility streaming off of her is almost worse than the stench of her decaying person. "Ultraviolet light might kill her", I think.

She obviously thinks she knows me, has homicidal, violent, and personal feelings about me. She has also mentioned that more than one of them feel this way about me. "Where are they?" I wonder. I look at her seething rotting madness of a physical being and revulsion washes over me.

She lunges at me, misses and I once again have to make contact with her undesired skin. She bites me, sinks her teeth into my arm and manages to nearly tear a clean chunk out of my arms flesh. I smooth the bitten chunk back into my arm. I summon mental strength to bare pain and hold.

I am thinking more quickly now. I cannot kill her without knowing all of her ins into my life. The writhing primitive thing has intellect, knowledge of me, and friends. Obviously it is a threat. It is hard for my mind to comprehend how something that behaves this primevial can have this empowerment over me. But it does.

I wait for a moment, and as she throws her head and howls for the delight of her "power" over me, I break her arm. The brittle bones snap, and in this momentum, I return to dominant position. Lying under me, the mad putrid thing oozes bioluminescent hatred and stinks. But even with my arm on its throat, its eyes are deviant in plotting. It's eyes are rolling in treacherous arcs of a thousand strategies. For a moment, I briefly glimpse in her eyes that of a flies that has a thousand individualities.

I hold her neck with iron arms until she passes out. Then I get up, and I run. I run like the hounds of hell are chasing me. I run without need for breath. I run so fast the world is blurred in my peripheral. I run until the momentum Carrie’s my strides into leaps, and fluidity becomes me.

At home, I collapse. I know they are coming for me because I felt it. In my lucidity, I can perceive the inherent determination and clarity in their madness. It is sublime in the annals of horror.

And there she is, with a whole bizarre twisted mob of slough eyed muscled, rotting men and women. Big ones.

The doors are barred, the windows shuttered and reinforced with steel rods. Such is the new world after all.{ We were told to make accommodations for ourselves. No help would be forthcoming because they still possessed human forms. So it was a matter of personal choice and survival. We as people could join them, or “find ways to live with them.” To me and others it was no choice at all. Eating people,running in gangs hunting other humans, and feasting on them was no way of life in our church of living.}*

So we holed up, armed ourselves, and worked at survival. What a sick freaking joke. But it was now our lives.

Such was it. It is what it is. But back to the present.

“Clarice”, I call her. “ Clarice, I know you are upset, and I understand….umm that umm you don’t like me. I also understand that you would like to eat me.” Ever the diplomat, "I thought perhaps we could make a deal."

A huge very white man with blue eyes jumped straight off the ground and lunging at me, took aim, missing he fell and caught the ledge. Hanging onto my window, with the tenacity to rival a football team, he began hissing and snarling at me. "There will be no deal, the life you thought you knew was gone. We are your everything, now. His blue eyes swam with hatred and his rotting face was peering into mine with alarming intelectual capacity. No sparkle was enamanating in the light held in pools of bioluminescent from his dead eyes.

I was no longer thinking, nor breathing. I remained holding my place while the fight within me stopped for a moment. I feel the dead calm wash over me and try to steal my light entirely but I was holding time.

The other small group of very large and aware zombies began staking and securing my place with the methodology of fully trained soldiers.

" Hey bitch, this is my boyfriend, BOB. C'mon Bobbie, lets show her about our kinda dance. " This slithering loathsome being is actually talking to me like we have or ever had any kind of a personal relationship. I believe the fill in the blanks, for a noun actually has some kind of feelings towards my person. This is, I find, ireeverently and consumingly disturbing.

So as it was, I found myself in the middle of a hostage situation. The absurdity was the fact that I could call no one. No one would believe me. Zombies didn't have the inrellectual capacity that these things possessed.

I step back from the window, and push the rippled up chunk of flesh, smoothly back into place. I consider stitches and settle for a wrap. Something to hold the skin in place until it mends. Not concerned for infection, because my immunity is my own. I was. however, aggravated, that the being named Clarice, had gotten close enough to get her teeth in me anyway.

My neighbors deserted place stood across the lawns, and I wish that I would have left as well.

The days bleed into one another as Clarice and her gang rally outside the house. I hear them taunting me day and night. I am afraid to sleep. When I do sleep it is only blackness and I awake in the same sodden state of hopelessness that I was in before. She still lags outsidfe of my window, intermittenly screaming and taunting me.

As the days become impossible and I begin to starve. My soul is bleeding for affection. And i begin to consider my communications with these creatures as some form of human contact I realize that this unholy rhapsody must come to a bloody end. Human forms or not, I may die here if I don't do them in.

On day twelve, I arm myself, open the doors and commence. Come what may, government ordinance or not, the way I see it, it is me or them.

It is the strangest thing, outside it was silent. They had left. It was as if my resolve to kill them was felt. They were gone. The light was changing. The atmospheric pressure of a million hungry fears was dissiapiating and the possibility of a life and peace was again palpable.

I stood looking in the dawning morning. Tendrils of fog were rising from the pond in my neighbors yard. And briefly, in a glitch of sight, I thought I noticed movement under the water. Almost like, floating bodies, a rolling tumbling of grotesque edwardian whites and teethy bloody eyes that disturbed my vision, perturbed me and sank, out of mind.

*United States of America 2020, as mandated by the UN. Some kind of joke, or experiment?

I am an aspiring writer and a lifelong lover of books and the arts.