by Melissa Eaves about a year ago in fiction
Report Story 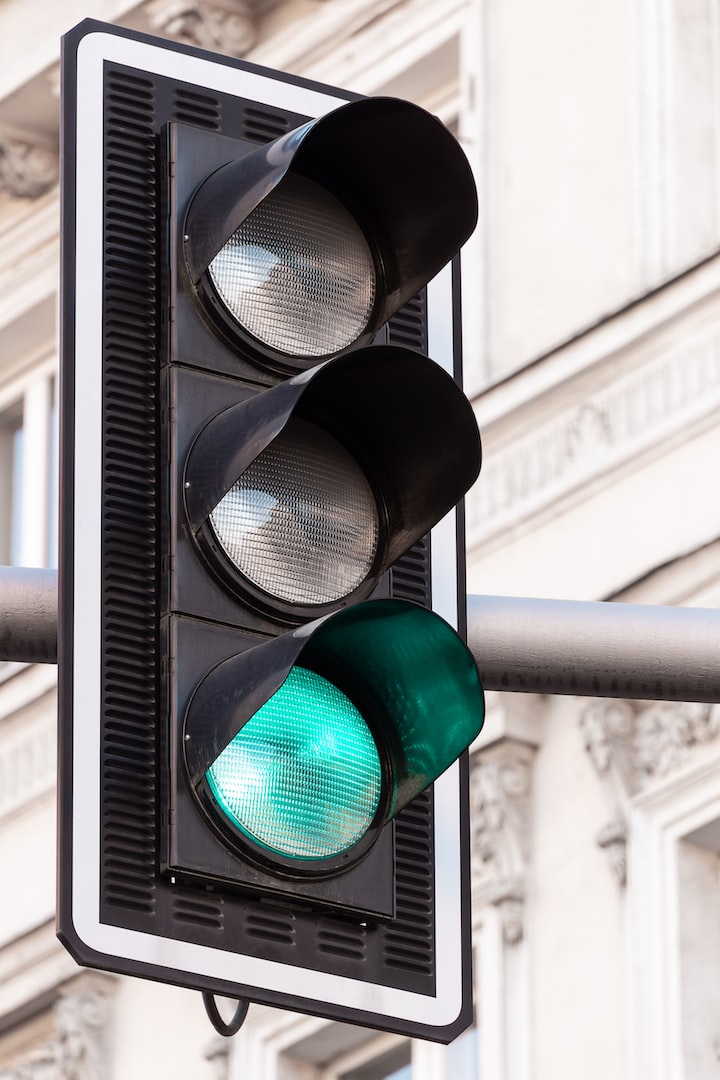 The stoplight turned green, a little orb of ignored order, as the cars drone around in a pretense of controlled order, I casually watched the kingdom crumble.

She simpered in a stew of her own delight as temporal disturbance is sometimes known to give, I was so tired of my attentions being stolen by ugly, by my positives being turned into magical little distractions for indecent propositions and inordinate superiors pleasure.

I turned and walked; willing the humans who presented themselves as animals, to actually act as such then, on their survival impulses.

My name is Magenta. I am a vampire of opposing skills to evil. I know that I am suppossed to be writing a fictional story, but I would prefer at this point in my existence to drop the pretenses, and force public awareness to acknowledge the reality of my existence so that I will no longer be stampeded by them under the control of my antithesis, the real bad guys, the wanna be masters.

Am I evil? I can be. Should you fear me? Not if you aren't harming me, or riding hog happy with those that do. You see her name is Narcissca, and she wants my power. She doesnt care if it harms, or who falls, or what is destroyed to obtain it, she gets high on it and that's all that matters to her.

I am at my wits end with being involved in battle with this witch. Her motivations are so trivial. I love being and I love people and would save them but my darlings if they dont wisen up and stop threatening my existence, I will eat them.

I have pondered these oxymorons for quite some time and have finally came to this conclusion, humans must be forced to acknowledge and accept that predators exist, as do the Gods above them. They must furthemore be made to overide the force fields of jealous predatorial strengths, you know tools such as envy, jealousy, greed, and distrust or they become of the crew of the lost.

Enough rambling, as I crossed the street, I saw the dynamic wanna be powerhouse waddle, bowlegged and trashed, one of many, and although my thirst for her blood was somewhat sated, I still didn't like the unpleasant sight of her. Her hair was dyed, a dirty red burgandy color. Some feeble attempt I suppose at mimicry of the color my hair turned when I had fed well.

I remained underfed and strummed the air for my stride. My head pounded in thirst for lives, my survival instincts were always in overdrive and I knew that until all the innocence was unwired from the babyloniac maniacs, I couldn't be sated. I wandered in the heat, exhausted from the hate but I walked as I had centuries before in timely rhythms and discordant beats.

I knew where she was going, to my lair to jimmy my sanity, and play a game of chance with the empowerments she gained. What could I do? So I wait and watch and play.

Sometimes, in a moment a breath of wind will ride me away, and I can remember dark nights in a quiter time, romantic and free, wild and regarded in such moments we find the beauty of peace. People such as I, the earth soft and quiet beneath the grace of balance, i run then, hard and fast and lithe, for such is worth the efforts I have entailed.

Don't get me wrong i love the modern age with its lights and shiny things and numbers and noise, its sea of humanity, that simpers and rolls more quizically than the tides, more colorfully but I miss the home of my own place in this life.

I am a superhero and a villian. I am whatever I need to be, I am tired of being questioned and manipulated by such whose motivations are so much less than mine.

I am thirsty, and tired, and running ragged on fumes of a supposed life, while waiting for women with names such as Dirty Diana, to drop dead.

You see I'm not a vampire, in the general sense of the word. I don't drink blood, I drain life, I calculate values and I save life. Some days are so bad in this century I can't say that I wouldn't love to bend a neck back, sink my teeth, and feel the literal blood drain from my prey, the predator who preys on others and has literally attempted to take me, or one like him/her. But, alas, I am not a neandrathal, I am a highly civilized and evolved being who currently fights my own savage impulses, on a daily moment by moment basis.

I turned and walked back the way I had came, I watched casually disinterested as the stupid thing that knew better than to make me a prey, walked by me and attempted force me to exchange civil pleasantries with her, ignorant thing. When I looked at her I could almost see the mechanical tentacles withering and I could smell the desparation that she wasn't even consciously aware of.

The times past were done and no one can get them back, the only thing then that is left to be done is improve upon the present. This untimely disease of mad flying cows has left a mark on all of humanity and as a collective I believe that it is time we do something different.

More stories from Melissa Eaves and writers in Horror and other communities.