by J.A. Hernandez 5 months ago in pop culture
Report Story 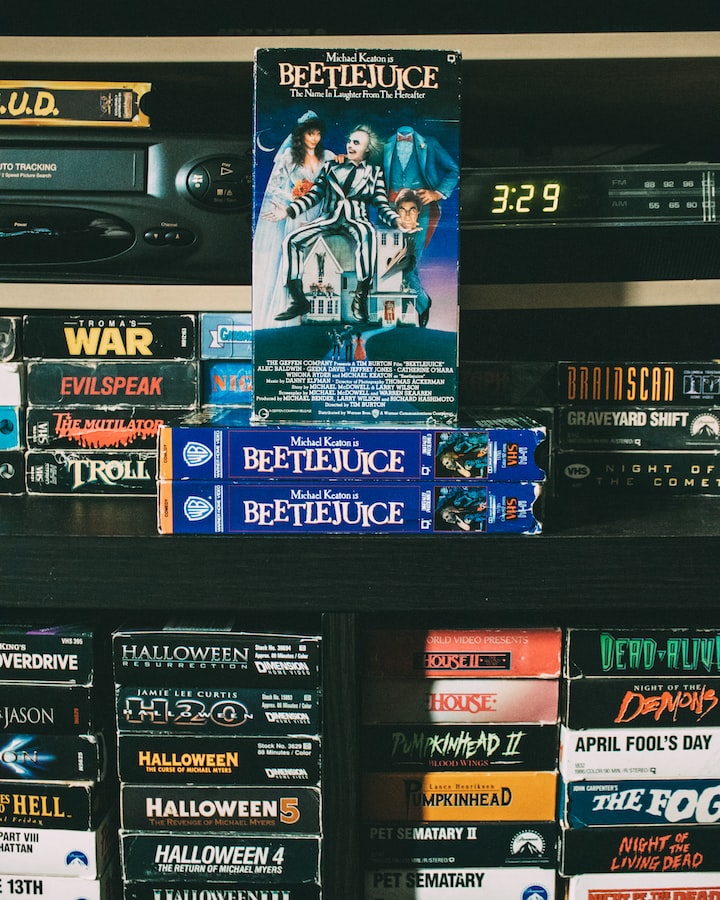 Photo by Bruno Guerrero on Unsplash

How often do you pay attention to the screenwriters behind your favorite films? For most, the answer would be, “never.” It’s normal, though, to focus on the end product, an audiovisual work of art. Often, creators disappear into the shadow of their work. In a way, it’s a good thing because their work takes on a life of its own. In another way, though, it’s terrible for creators because people end up not knowing who was responsible and never encounter other works they may love.

When I was growing up, I loved the movie Beetlejuice. It was an oddity that stood out against other releases at the time—but it always felt to me that there was something else there, some undertone, that I didn't quite understand when I was young.

I was also quite fond of the cartoon.

Lydia Deetz was iconic, and, after watching Beetlejuice (more than once), I paid more attention to films with the Beetlejuice actors that I liked. Many big Hollywood stars came out of that era and went on (or continued) to have extensive careers.

Now, nearly everyone knows of the film Beetlejuice. But are you familiar with the screenplay writer who invented the story and all of those iconic characters?

His name was Michael McDowell, and, in addition to writing screenplays, he was also a novelist. During his time, he created terrific works, many of which were way darker than the Beetlejuice we all saw. That undertone I mentioned before—this was it, the missing piece for me. I never knew that it was supposed to be much darker than what showed up in the movie theaters. Reading through now makes me wonder what it would have been like had it stuck to Michael McDowell's original ideas.

I stumbled across Blackwater in a library years ago and finished the entire series in a week. Then, I looked up the author, only to find that he created a movie from my childhood. I was floored.

How could I have gone this long without knowing that?

I love all kinds of horror, and old horror novels hold a special place for me. One of my favorite series of books is Blackwater, written in 1983 by Michael McDowell. It’s perhaps best described as a southern gothic horror, but it blends genres together in a way that I rarely see. Having grown up in the south, I can say with the utmost confidence, the characters are believable. More than that, though, the dynamics of the family are true to life. It’s one of those tales that leave you so attached, so invested, that you keep wanting more, even after the story is complete.

A disastrous flood in Perdido, Alabama, leaves behind mysterious new arrival Elinor Dammert, who soon marries into the wealthy Caskey family. But Elinor shares a secret, supernatural link to the Blackwater River that determines both Perdido’s livelihood and its fate. Over the next 50 years, Elinor’s influence brings prosperity, animosity, death, and reconciliation to the Caskeys.

The next time you find a film or TV series that you enjoy, do a little Googling and see who created it, then follow that thread. You may be pleasantly surprised by what you find.

For anyone interested, I’d also recommend checking out the audiobook, if that’s your thing. Matt Godfrey does a beautiful job of bringing the characters to life with his authentic Alabaman voices.

More stories from J.A. Hernandez and writers in Horror and other communities.