MC
by Meagan Castaneda 8 days ago in halloween

The History of Halloween: By Meagan Castaneda 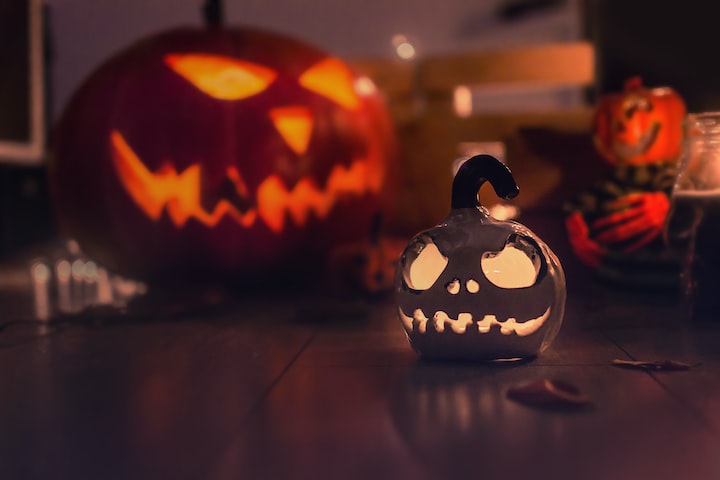 Photo by Andyone on Unsplash

Ever since I was little Halloween was one of my favorite holidays. There are a couple of reasons why. Most of them are the typical reasons like just about everyone else. Like dressing up in the costumes and doing all the makeup. Makeup has always been fun for me to do. There are sometimes when can’t decide to be scary or cute. Another reason Halloween is fun to me is because of the haunted houses. Which is sort of weird since everything inside the haunted house does occasionally get me. Even decided that I would never go alone in one. Then started to think and wonder how did Halloween even start? I doubt a lot of people wonder why so then started digging for information soon after that. After doing lots of research this is what I found and the reasons was very interesting. It was actually dated back a long time ago with a certain group of people. There was a lot of information, but with this essay I just wanted to focus on the Celtic people at the time.

After researching I found out that Halloween dated back to the ancient Celtic festival of Samhain. These people which were the Celts, had lived 2000 years ago, which was in the area that is now in Ireland, the United Kingdom, and northern France. The people had a specific day which they celebrated their new year on November 1. At the time it had symbolize the end of summer and harvest while the beginning of a hard, cold winter. That had also brought along the association of death back in that time. The Celts believed on the night of the new year, the boundary between world of the living and dead where “open”. This allowed the ghost to return to earth on the night of October 31, when they celebrated Samhain. A con was the spirit would as they say caused trouble and damaged crops. Although one pro was this allowed Druids or Celtic priest to make predictions about the future due to the spirits. At that time this gave the people some sense of relief.

Another part of Celtic events in that time was they would build these bonfires as part of commemorating the event. They gathered and burned crops while also doing sacrifices ( I’ll leave that for you guys to look up). They would usually dress up in some costume at that time. It was with them having on some animal heads and skin. They also attempted to tell other’s fortunes. After looking through different sites I also learned that Samhain is a pagan holiday, the celebration of it was not satanic. After the celebration they would relite the fire to help protect them during autumn and the coming winter. At that time there was no concept of devil which meant they didn’t worship anything that looked like that. Another surprising fact is that the Catholic Church is the one that came up with the concept of the devil.

It was very interesting to learn all this information and took a little while. Of course, back in those times there were no costumes they could just “buy”. That would make sense with the history at the time. Sometimes it’s just so eye opening to see how it started and now. This has given me somewhat of a different outlook now towards our Halloween. They traditions have not all gone as can see till now. It is also new with the mask too due to Covid. Something seems to always change over time. Anyone who wants to know about Halloween and took the time to read this I appreciate it.

Would appreciate if you guys followed me on twitter. It is @mysticspirit11 thanks!