It's Dead Certain: Is 'Bury Me Here' The Best Episode Of 'The Walking Dead' Season 7?

by Tom Chapman 2 years ago in tv review

Does The Walking Dead's Episode 13 "Bury Me Here" stand out as the season's greatest episode? In short, yes, yes it does!

Well, unlike its shuffling zombies, #TheWalkingDead certainly isn't crawling to its Season 7 finale. After last week's fun-filled trip to the fair, #AMC's undead drama took a decidedly sinister turn as we ramp up toEpisode 16 and the end of another mixed-bag run. With a much-needed trip to The Kingdom, the show arguably rules at its best when outside the fortified walls of the Alexandria Safe Zone.

We had "Melongate" and a few farewells, so in a season with baseball bats, cheese-faced iron melts, and an underused CGI tiger, does Episode 13 "Bury Me Here" stand out as the season's greatest episode? In short, yes, yes it does!

Warning: Spoilers for The Walking Dead "Bury Me Here" ahead. 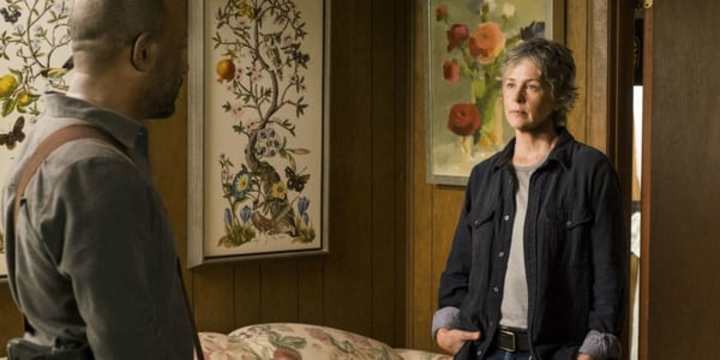 Firstly, it was a pleasure to welcome Melissa McBride's Carol back into the fray, even though we knew that her fruit-munching days as an outcast were only temporary. Carol may work best as a lone wolf, but she will surely be influential in the fight against the Saviors. The episode (briefly) touched on her continuing bond with Logan Miller's Benjamin. Carol has gone down the motherly route twice before (three times if you count Sam), with all ending in disaster. Benjamin facing the same fate reaffirmed "the Curse of Carol" and her inadvertent Black Widow status.

While Carol can come across as a cold-faced bitch, she always has her reasons for pushing those closest away. While we didn't get another "look at the flowers" moment, Benjamin's passing was still a tragic loss of youth for the show. Elsewhere, Carol finally being caught up to date with the recent losses in Alexandria provoked Richard's necessary call to action. Even Ezekiel conceded that it was time to fight, just not today.

The episode gleefully reminds us "there aren't any kings, presidents, or prime ministers," which as well as a warning to Ezekiel, can also be seen as an omen for Jeffrey Dean Morgan's Negan. How much longer can the Sanctuary's leader hold his power, or will the finale see him topple?

For Richard For Poorer 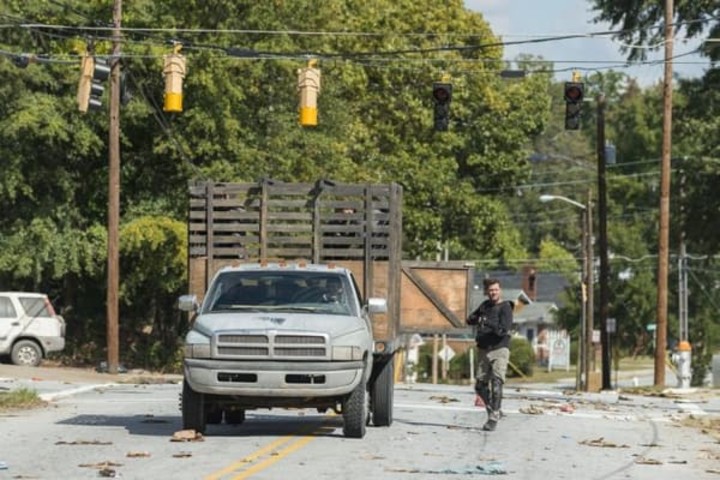 Second in the episode's trio of outstanding performances was Karl Makinen's Richard. As Ezekiel's second in command, Makinen was a grumpy David Morrissey lookalike until now, while "Bury Me Here" elevated him to a major character alongside Lennie James as Morgan. We already saw Richard's fake-out death as Jared held a gun to his face, but little did we know, it was foreshadowing his impending demise. The spaghetti Western standoff looked like it would be Richard's last breath, but no, that would be far too easy, wouldn't it?

It transpired that Richard had held up the Kingdomites for their meeting, hidden the melon, and ultimately caused Benjamin's death, Richard's betrayal was a huge twist and turned him from Ezekiel supporter to true antihero. Loss of life was inevitable in the war against Negan, and it took Richard's attempted sacrifice to hammer that home. It is hard not to sympathize with the character who did what everyone else was thinking; sure, Ezekiel has all the whimsy of a great leader, but Richard was the prime example of what a ruler needed to be.

As the episode concludes, all the pieces fit together, with the unknown grave sporting "Bury Me Here" was Richard signaling to his final resting place — it was a superbly crafted "Ah, I get it" moment. 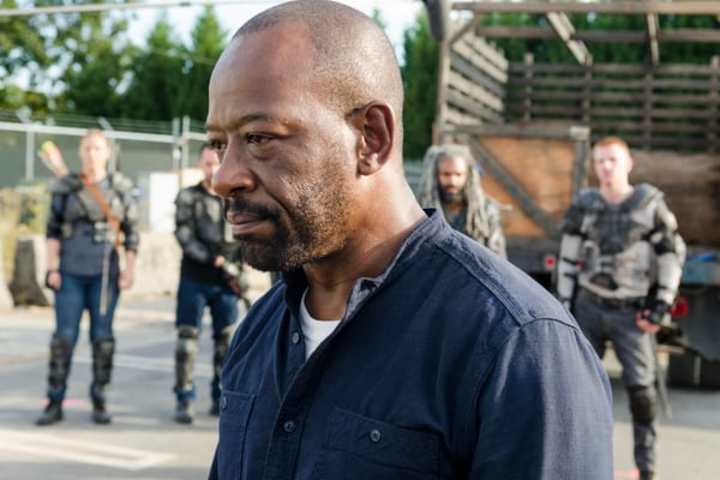 Wow, where did this guy come from? Morgan himself came twirling his stick out of the shadows to prove a vital member of Scott Gimple's world this week. The stick may seem mightier than the gun, but Morgan seems to finally realize that sticks can be crafted into weapons too. Just like McBride as Carol, Morgan has survived long past his days on the pages of Robert Kirkman's books, representing why the show is so good when it differs from its source.

Morgan and Carol appear to have buried the hatchet from their days of rolling around the floor of Alexandria to become a warming bromance in the making. The slip of the tongue of calling the newly deceased Benjamin "Duane" shows that the scars of Morgan's son's death still run deep. He is clearly swaying back into the madness of his days in "Clear," which is not a good place for any TWD character to be. Do you remember when Rick had his hallucination phase back at the prison? 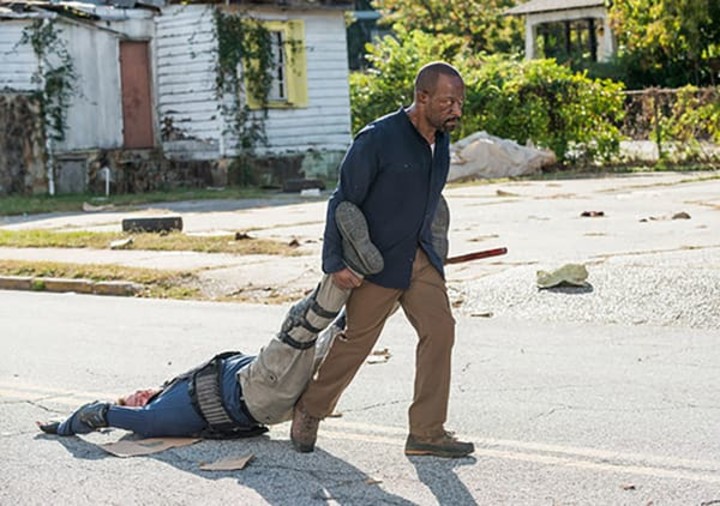 However, there is only one scene that anyone is/should be talking about from "Bury Me Here": Morgan's berserker rage came from literally nowhere as an unexpected twist in the tale. Even though Richard's death occurred off screen, it added to the drama of the scene and was personally the best way to handle the situation. The fact that no one stopped Morgan's murderous streak is a puzzling state of affairs, but you can let it slide given the payoff. Seeing Morgan wield two sticks like a double lightsabered Jedi returns him to the status of one of the show's most dangerous weapons. The final shot of him sharpening his stick perfectly rounded off Episode 13. Sadly, Morgan's parting look is the one of a man that knows he will probably get no more screen time until the finale.

What makes "Bury Me Here" the best episode of the season is that it finally achieves what we have been waiting since Season 1 to see: It snaps Morgan like one of his sticks. Alongside the fantastic Eastman episode with John Carroll Lynch, "Bury Me Here" is a jewel in the Morgan pages and also the show's history. What could've just been a filler episode excitedly sends us hurtling toward a blood-soaked finale and some inevitable carnage pulled straight from the comics.