[Internet Rumor Crusher] Is there a "supernatural event" in the hospital?

Often, hospitalized patients claim to have experienced "paranormal events" in the hospital 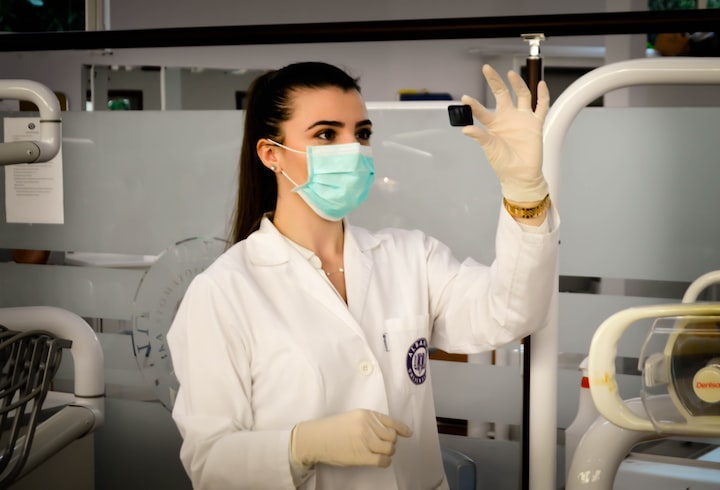 Photo by Ani Kolleshi on Unsplash

Hospitals, a place that is not new to most people, but full of mystery. Here, in addition to the treatment of patients, but also always easy to spread a variety of "folklore", and often even hospitalized patients claim to have encountered in the hospital "supernatural events", and described in a vivid manner. Many doctors even use their "personal experiences" as after-dinner conversation, adding more color to this mysterious fog.

While chatting with a colleague working in the ICU (Intensive Care Unit), I heard him talk about two "paranormal events" he had encountered: 1.

1. One day in the middle of the night, a patient who was hospitalized for cardiogenic shock sat upright in bed. The patient had been intubated upon admission due to his critical condition, and had just been extubated a day earlier. It was late at night and no one was around, but the patient kept looking at the end of his bed and kept chattering as if he was chattering with someone. This scene scared the nurse on duty to call the doctor!

As a result, the doctor laughed and said, "You can spend more time with him to chatter, he will get better faster."

2, one morning check-in, a patient asked the bedside doctor: "Last night when I slept in a daze, how do I feel that there are so many strange people coming in and out of the monitoring room?" The nurse who followed along with the check-in next to him was startled and came up to the doctor's ear and whispered, "Last night, there was indeed a patient who was not resuscitated from sudden cardiac arrest ......"

The doctor skimmed the nurse and said with a smile to the patient, "Let's not think about it, it will be fine when we transfer to the general ward."

It sounds like a mystery, but don't be too busy thinking about it, it's actually "ICU syndrome" at work! From a professional point of view, we prefer to use the term "delirium".

What is ICU syndrome?

ICU syndrome refers to a clinical syndrome in which patients with severe illnesses develop psychiatric disorders and other abnormalities during the course of ICU care. Patients often experience delirium, hallucinations, abnormal behavior and movement, and confusion. These so-called "supernatural events" may appear as if they were experienced by the patients themselves, in terms of vision, sensation and even touch, but they are only abnormal reactions of the body functions.

The formation of a combination of timing and location

Seriously ill patients who are admitted to ICU not only suffer from severe physical trauma, but also extremely great mental stress. In addition, the special environment and medication in the ICU can lead to the phenomenon of "ICU syndrome" in many patients. The incidence varies from 20% to 80% depending on each individual case!

Due to the lack of adequate psychological preparation for the sudden onset of disease in some patients, patients tend to exaggerate their condition or even believe that the situation is life-threatening, thus creating a strong sense of fear and threat. This is especially true for patients who are introverted or who have had previous psychiatric or cerebrovascular diseases.

Seriously ill patients will receive more complex treatment in the ICU, such as hormones, benzodiazepines (the literature confirms that other sedative drugs can also cause delirium, so analgesic and sedative drugs should be applied regularly), theophylline drugs, all of which may cause psychiatric symptoms; anti-infective drugs, such as moxifloxacin, will have varying degrees of psychiatric side effects in the elderly. Especially with tracheal intubation, the incidence of ICU syndrome can be even as high as 50%-80% in patients receiving mechanical ventilation!

Patients in the ICU do not see their families for a long time, and the 24-hour lights in the closed room, coupled with the busy in and out of the medical staff because of work, accompanied by the long-term, monotonous noise and even alarm sound of the surrounding monitoring and treatment equipment, especially seeing the resuscitation and passing of other patients in the same room, is more likely to cause loneliness and helplessness, fear, tension and anxiety and other psychological reactions, thus inducing the syndrome to The emergence of the syndrome.

The manifestations of ICU syndrome are diverse, ranging from mental awareness to physical movements, and are easily associated with "supernatural events" to the uninformed outsider.

2. abnormal behavior and movement: such as gesticulating, shouting, and even uncontrolled tearing and scolding.

3. confusion of conscious thinking: the appearance of delusions and thought breakdowns, answering non-existent questions and other manifestations.

How to treat ICU syndrome?

Mild ICU syndrome generally does not cause organic damage to the body and often returns to a relatively normal life/work status after being discharged from the ICU environment, such as transferring to a general ward or being discharged from the hospital, and as the patient relaxes mentally and gradually resumes normal routine, normalcy can follow. In addition to ICU, individual patients in general wards may also show manifestations of the syndrome. At this time, it is necessary for doctors and family members to give patients more communication and care to relieve their tension and help them relax, chatting, listening to music and appropriate psychological suggestion can play a very significant and positive role.

More severe ICU syndrome may cause serious consequences, reducing the quality of life and work ability, and even increasing the mortality rate of patients after discharge, requiring early, formal psycho-behavioral and pharmacological interventions.

More stories from Gorodniki and writers in Horror and other communities.